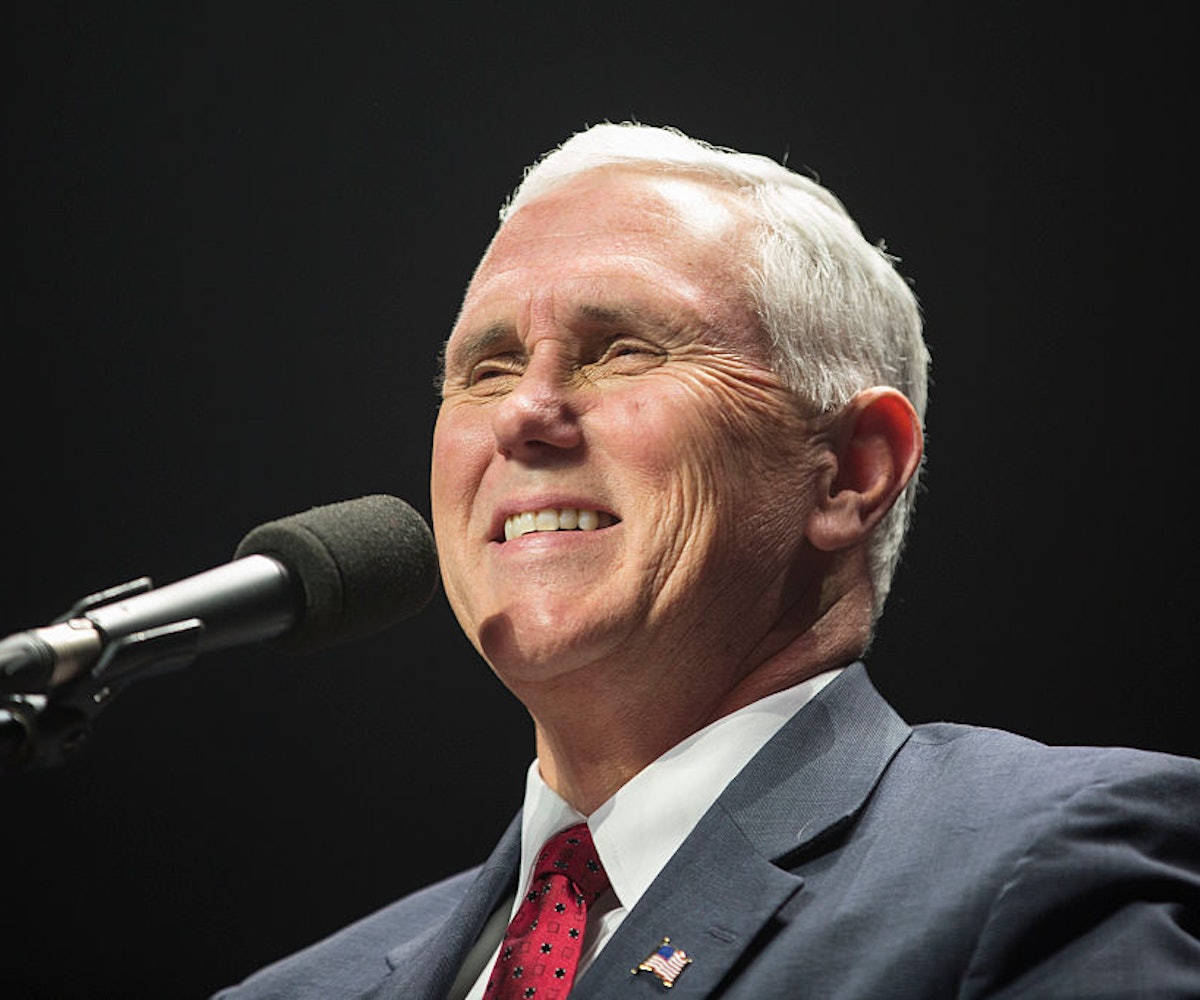 It's pretty easy to feel powerless to effect meaningful change right now. After all, our president-elect is well on his way to appointing a host of terrible people to top positions in his administration. (Trump's new chief of staff, Steve Bannon, is a white supremacist, who actively published misogynist, transphobic, and anti-Semitic screeds on Breitbart News, a website for which he is chairman.) And while powerful protests in which tens of thousands of Americans have participated are going on across the country, it still feels like it is all too possible that Trump and those surrounding him are protected from their power. Who's to say, after all, that someone like Vice President-elect Mike Pence doesn't just turn off the television when he sees news related to how much so many of the people in this country despise him and everything he stands for?

Luckily, though, there is a way to reach people like Pence so that he can understand exactly how many people are enraged at his election to the second highest office in the country. Starting last week, people began donating to Planned Parenthood—an organization which the strongly anti-abortion Pence particularly hates—in the VP-elect's name.

While this move might seem somewhat passive, it is actually designed and destined to infuriate Pence and those who work for him, because every time you donate in his name (and fill out his address at the Indiana State House), Pence will receive a thank you card from Planned Parenthood, which will serve as an eternal reminder that women are not okay with Pence making decisions on behalf of our bodies.

Planned Parenthood is one of the many organizations that is under serious threat with the advent of a Trump administration, so a donation is incredibly meaningful right now. Happily, many people have participated in this campaign to donate money to places that really need it (and annoy the anti-woman and anti-LGBT Pence in the process), and Planned Parenthood has issued a grateful thank you to the ones who have given in the last week. If you want to donate to Planned Parenthood but don't want to pretend you're Mike Pence, even for a good cause (a sentiment we totally understand), you can also do what many other donors have done, and fill in Hillary Clinton's name and address. The thanks that Clinton will get from the organization can also stand in for a larger thanks to the woman who has officially earned more American votes than any white man in history. What a time to be alive.