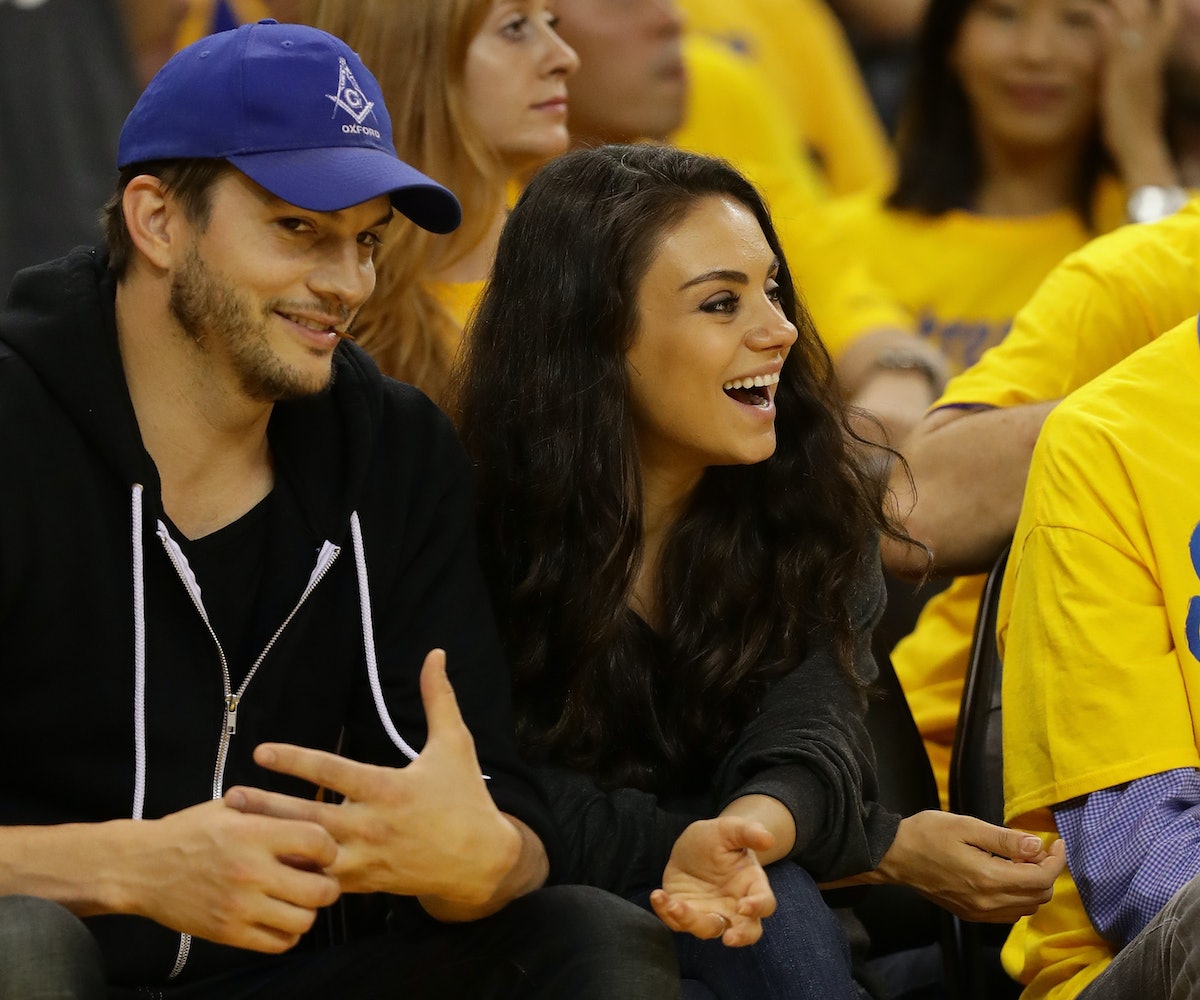 Mila Kunis and Ashton Kutcher's family is about to get a whole lot bigger. According to People magazine, the couple is expecting their second child. That means that little Wyatt Isabelle, Kunis and Kutcher's 20-month-old daughter, can expect a baby brother or sister in the very near future.

For anyone following the antics of one of Hollywood's most beloved couples, the news should come as no real surprise. When asked by Ellen DeGeneres last month whether or not she and Ashton had their sights set on expanding their family, Kunis said, "Yeah, absolutely." When Ellen pushed a little further, Kunis shot back, "Like, am I having sex? Ellen! I mean, yes, we're trying."

The newlyweds (the couple married last July) have made no secret about just how much parenthood suits them. "I know that when we decided to have a kid, we were ready to no longer be selfish—at least start the process,” Kunis told Entertainment Tonght back in May. “Because innately, as humans, we’re very selfish people, and we really wanted to have a family.” she explained. “Having this little human to raise… it was a balancing act, and then you learn how to be a great partner, and a great wife, and a great woman, and be yourself, and still be responsible for a living child. It’s definitely a learning process.”

As for Kutcher, he has nothing but praise for his wife. "I go to work every day, and I come home and she’s perfect. And it just seems like everything went amazing," he told DeGeneres. "And I know that something probably didn’t go amazing, but she never tells… it’s unbelievable. She’s incredible.”