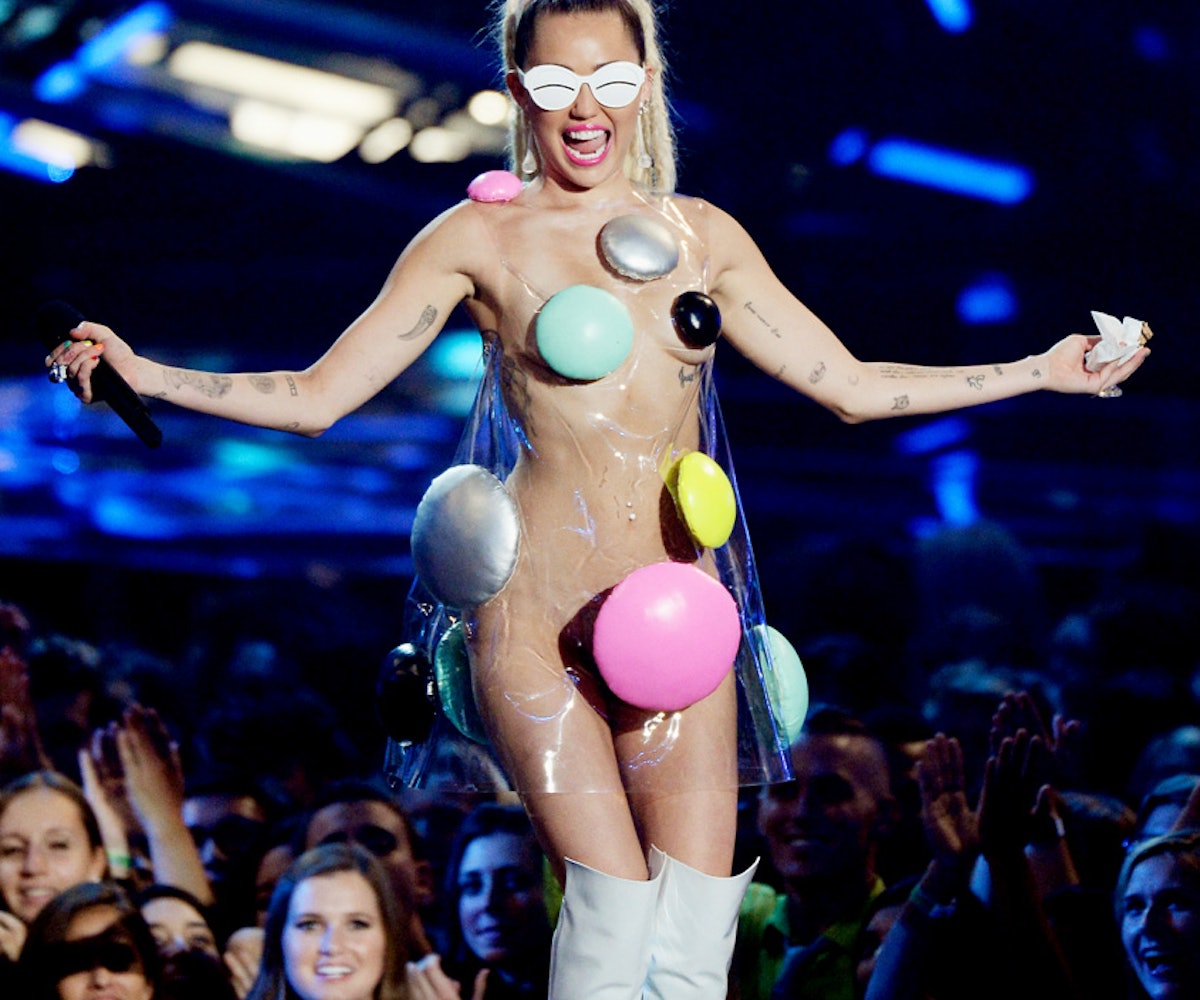 The VMAs is like the grand evening of one-upmanship: which outfits being more theatrical and incredible, performances being bigger and more emotional, and proclamations being as grand as grand can be. Tonight alone we had two major bits of pop star beef: Kanye West announced his plans to run for presidency, and Miley Cyrus took the very last second of the night to announce her totally surprise, totally free album, Miley Cyrus And Her Dead Petz.

Miley has had a lot of growing up to do recently, and with it has come some very big, very adult thoughts. She's pondered her sexuality, the way in which we treat one another, and of course, mortality. With the passing of her dog Floyd (a name and a fact I didn't even have to Google because she has been so vocal about her upsetting loss), she has taken the loss of her dear critters quite hard—and who can blame her? Don't forget her beautiful tribute to her goldfish,

, which was actually a really nice meditation on the simplicity of life. Anyway, these ideas seem to be fleshed out on her new album, which sounds like it is straight out of the Wayne Coyne factory. (Lots of reverb, heaps of sing-a-longs, weird vintage instruments, Beatles references, and songs with people like Big Sean and—um, Ariel Pink and Phantogram?)

. But we are tired and we will review it all

NEXT UP
Entertainment
Taylor Swift Revealed The Full 'Midnights' Tracklist — And Lana Del Rey Is Involved
Entertainment
Rina Sawayama's "Happier Than Ever" Cover Is A Must-Listen
Entertainment
Soccer Mommy, Wet Leg, & 48 More Artists Made An Album For Abortion Rights
Entertainment
Relive ‘00s New York With Yeah Yeah Yeahs, The Strokes In ‘Meet Me In The Bathroom’ Trailer