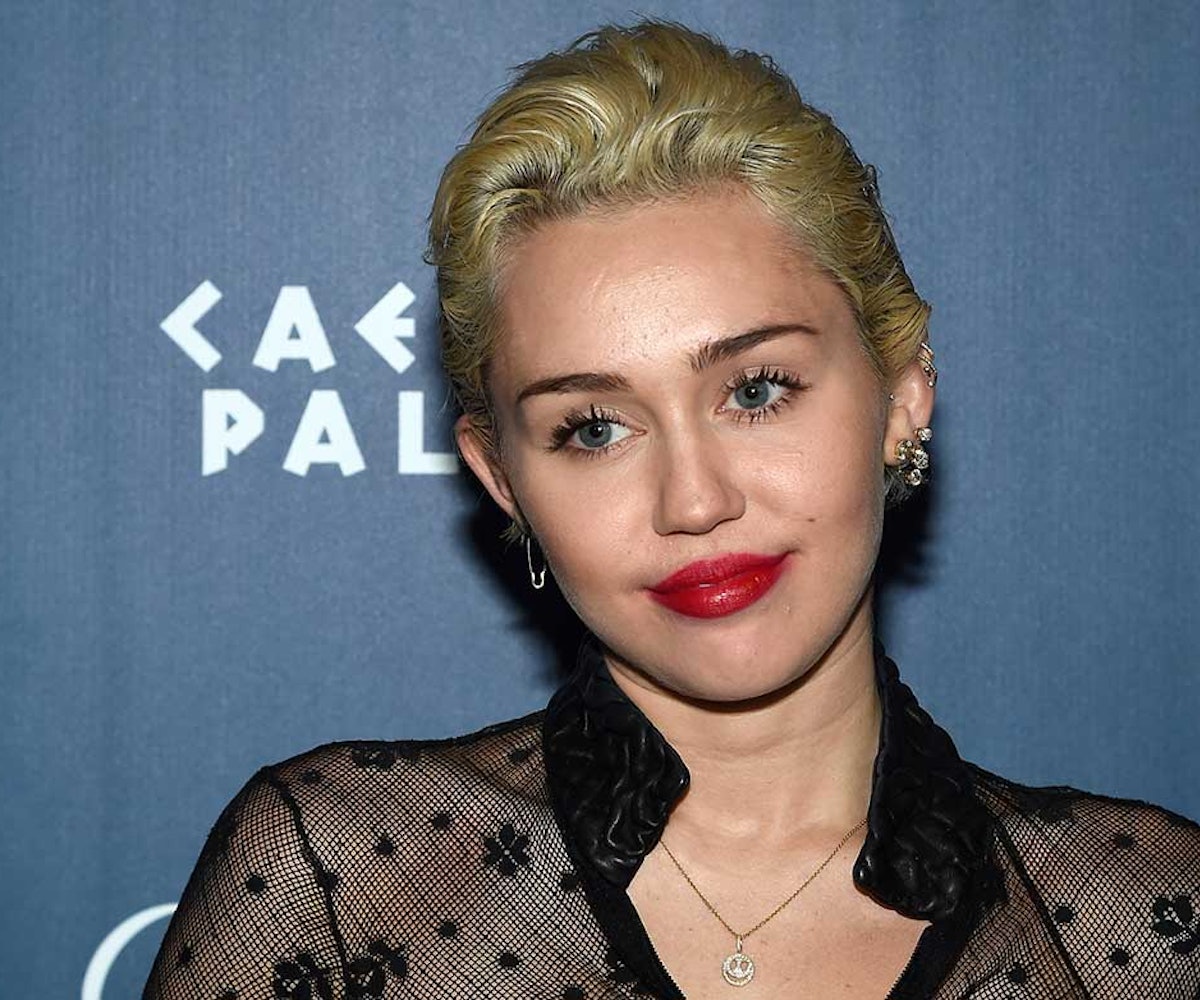 There are a lot of generalizations that could be made about child stars—that they inevitably slide down a slippery, drug-filled slope; that they're doomed to be washed up and therefore emotionally damaged, in a constant search for the kind of attention that they will never get; or that they stick to their goody-two-shoes image, and are terrified to experience anything different in life. In recent years, Miley Cyrus has gotten the grunt of those stereotypes. But no matter how the media chooses to paint her, Cyrus is just another 22-year-old making the same decisions that many twentysomethings make. Still, as Cyrus reveals to Marie Claire, being on the Disney channel has shaped her, not only for the best.

"From the time I was 11, it was, 'You're a pop star! That means you have to be blonde, and you have to have long hair, and you have to put on some glittery tight thing,'" says Cyrus. "Meanwhile, I'm this fragile little girl playing a 16-year-old in a wig and a ton of makeup. It was like Toddlers & Tiaras. I had fucking flippers." Speaking more in-depth about how this affected her, Cyrus reveals that this image warped her self-perception. "I was told for so long what a girl is supposed to be from being on that show," she says. "I was made to look like someone that I wasn't, which probably caused some body dysmorphia because I had been made pretty every day for so long, and then when I wasn't on that show, it was like, Who the fuck am I?"

She also speaks about the stresses of reaching puberty while maintaining a full-time job. She got her first period when she was shooting the show in white jeans. "It was so embarrassing, but I couldn't leave," she recalls. "And I was crying, begging my mom, 'You're going to have to put the tampon in. I have to be on set.'" She also suffered from anxiety while filming: "I would have anxiety attacks. I'd get hot flashes, feel like I was about to pass up or throw up. It would happen a lot before shows, and I'd have to cancel. Then the anxiety started coming from anxiety. I would be with my friends, thinking, I should be having so much fun. You get in this hole that seems like you're never going to be able to get out of."