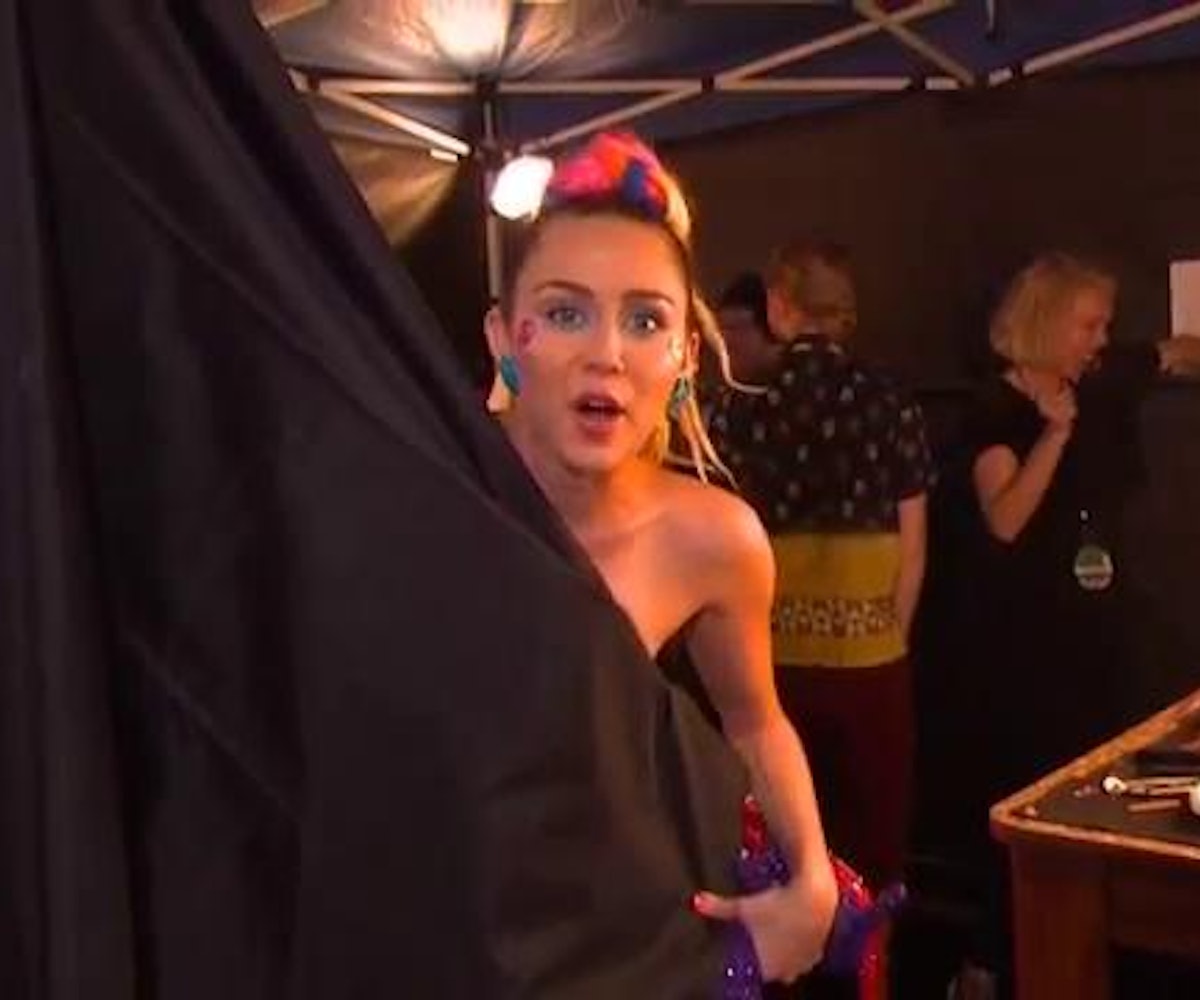 One of the most surprising things about last months VMAs was that when Miley Cyrus "accidentally" exposed her nipple, people were generally pretty chill about it. Don't forget that this is the country that shamed Justin Timberlake and Janet Jackson into a public apology for their infamous wardrobe malfunction at the Super Bowl halftime show. But it turns out not everyone let out a collective shrug, as Rolling Stone has obtained a handful of complaints from people all across the country who simply couldn't deal with seeing a human nipple on live TV, during a broadcast that is notorious for pushing boundaries.

The reactions varied from the sort of ridiculous to the completely absurd, and many were packed with spelling mistakes. This comes from a totally relaxed and very busy person from Mississippi: "Miley Cyrus is a VERY TROUBLED CHILD and I can not believe what she was able to get away with on this show. Seems like she is in the news everywhere doing disgusting, perverted and lewd things. I just can't understand why this CHILD gets away with all of this."

Check out Rolling Stone for the rest. You'll want to.