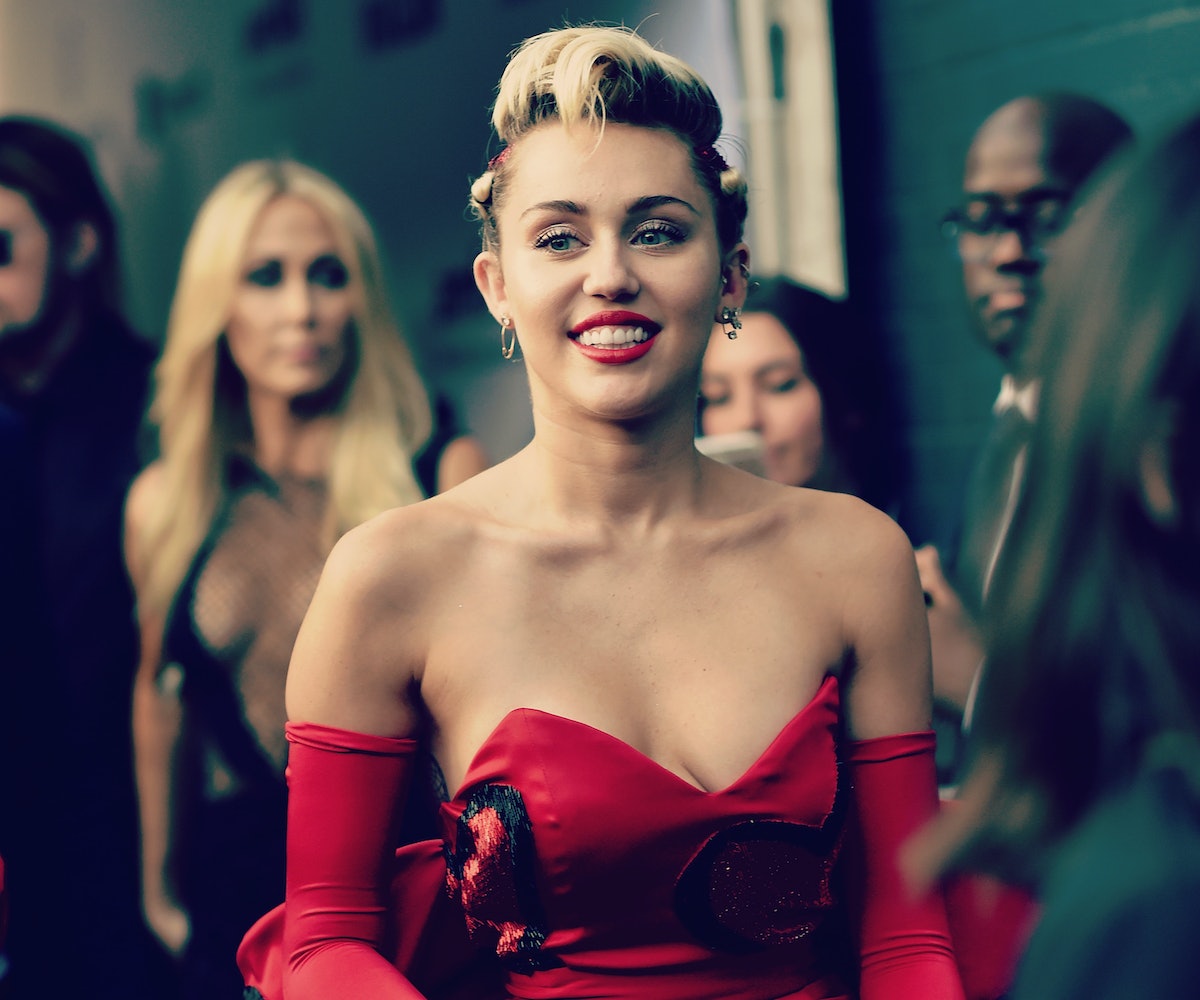 Miley Cyrus will forever be synonymous with the VMAs thanks to her eye-exploding, career-altering, think piece-launching performance back in 2013. So it makes sense that both Miley and the network are re-joining forces for some of that sweet, sweet publicity, by announcing that the host of this year's VMAs will be none other than Miley herself. In typical Miley fashion, the announcement came via her Instagram account, where she dressed up as an alien with two sandwich board signs that read ""MTV won't let me perform" and "so I'm hosting this year's VMAs."

Cyrus will be the first host since Kevin Hart had the job in 2012, and since she's not a comedian—which the network traditionally hires to handle its award hosting duties—we're not exactly sure what she'll bring to the proceedings, which air on August 30. Our guess is that she'll probably come in on a wrecking ball, she won't stop, and in the end it'll be one big party in the USA.