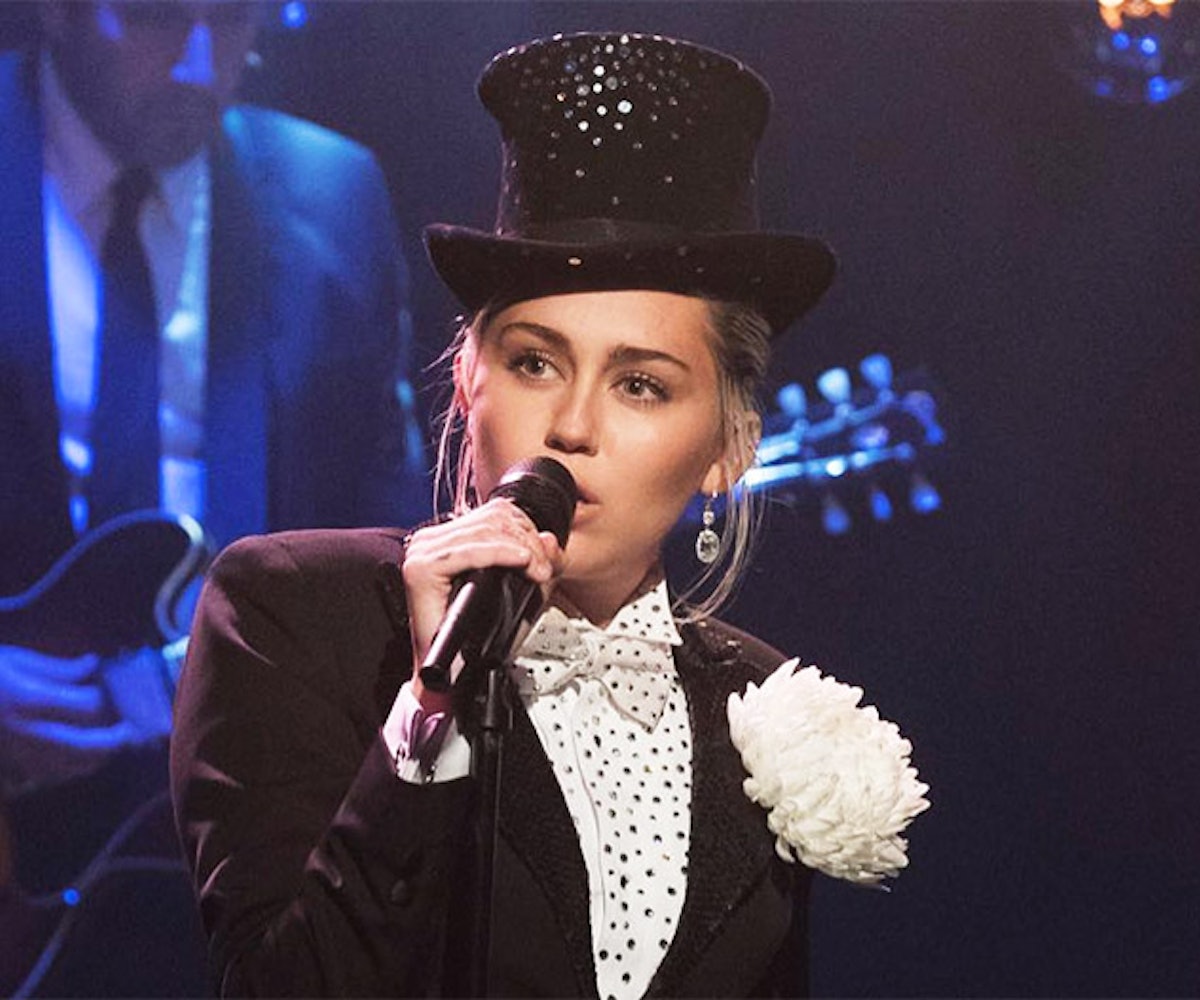 Queen of covers Miley Cyrus helped kick off Maya Rudolph and Martin Short’s new variety show, Maya & Marty, with a little gender fluidity. With a nice nod to iconic Victor Victoria, Cyrus began her musical performance with a cover of Leonard Cohen’s “I’m Your Man.” Her vocal delivery was outstanding, and that top hat is what sartorial dreams are made of. She then moved onto her next favorite thing (nudity) and ripped away her coattails to reveal what was hiding underneath—a fancy leotard. The top hat came off as Cyrus launched into the next phase of her gender-bending medley: a cover of Peggy Lee’s “I’m a Woman.” Rudolph came out to accompany her, and all fared well in the world of gender, performance, and gender performance.

This was the first time in a long time Cyrus has performed anything. Last night’s show found the star at her most controlled vocally and at her most elevated in terms of provocativeness. Nothing was done for shock value’s sake, but rather for the sake of commentary on gender fluidity, all wrapped in a glitzy, viral package. More of this, Miley. More of this, please. See it for yourself, below.