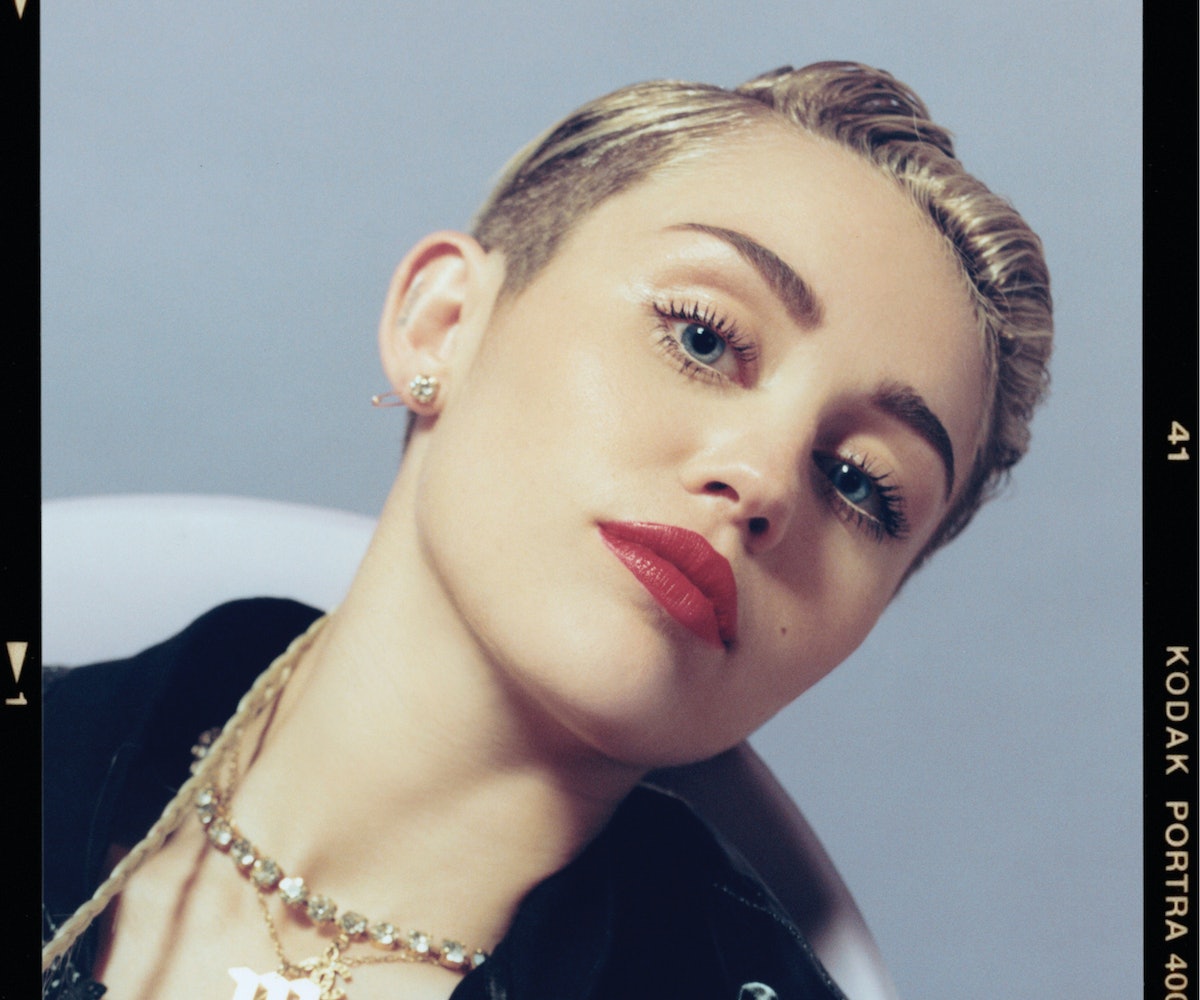 Over the past few years, Miley Cyrus has become somewhat of a poster child for the children of the digitial age. She's spoken at length about her sexuality, challenged society's predisposed notions of what a "proper young lady" should be, and has found her own style and voice—and along with it, a new sound. 2013's Bangerz found Miley Cyrus exploring drug-ridden, late-night party culture. But from what we've heard of her impending fifth album (there isn't much), it seems like Miley Cyrus is heading in a new direction. What we didn't expect, however, was what we heard in her new track.

Titled "Nightmare," the four-minute song is an angsty pop foot stomper that sounds straight out of '07. We can't really hear Wayne Coyne, Mike Will Made It, or iLoveMakonnen's (all of whom are collaborating with the 22-year-old on the album) influences, but who cares—it's pretty damn good either way.