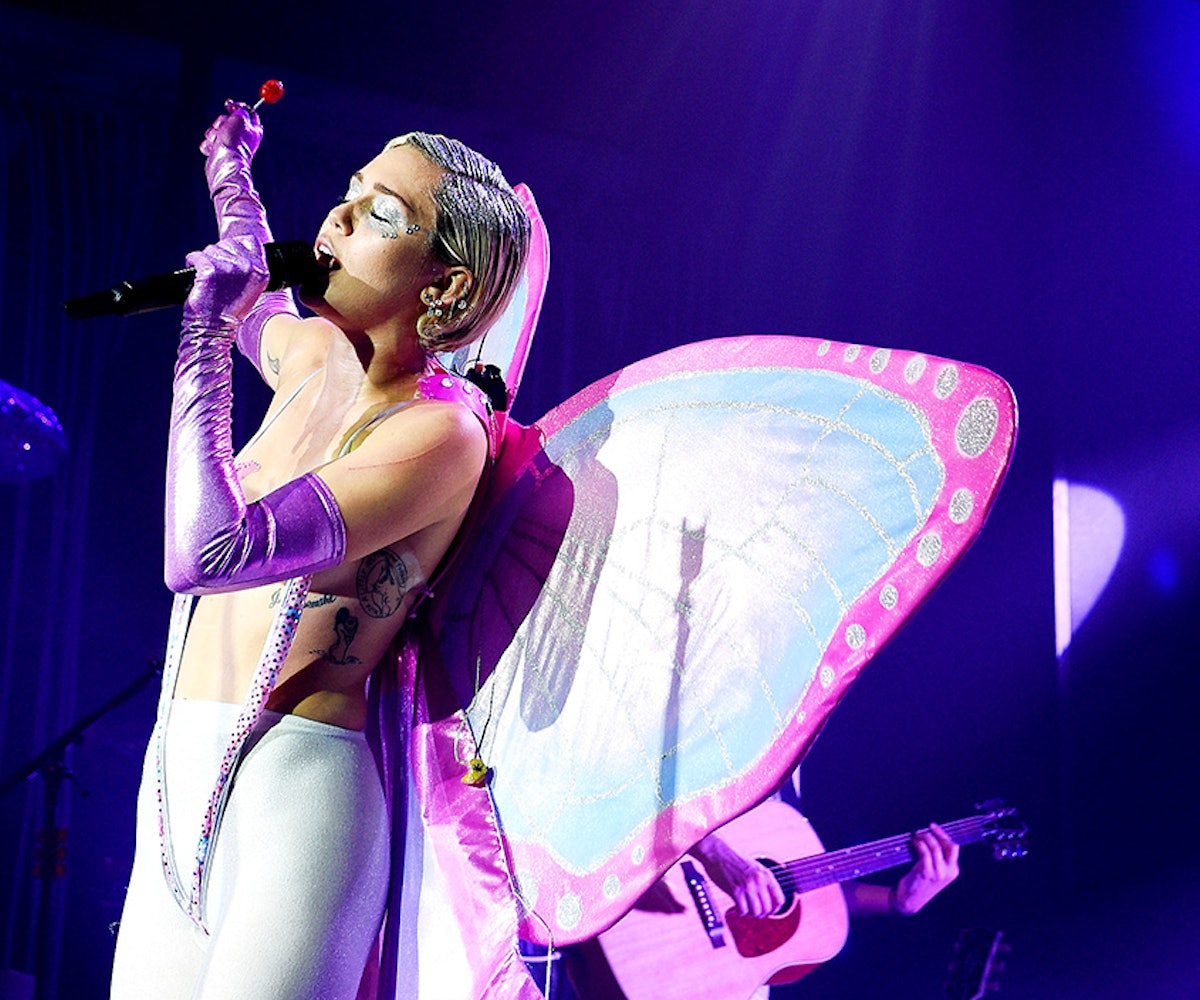 Since the release of Bangerz, Miley Cyrus has been attempting to establish herself as a serious artist and musician. Oftentimes balking conventional music-industry practices, she's been releasing a steady stream of songs and covers that—assuming you harbor no serious ill will toward the singer—are pretty potent. Her latest, as part of her Happy Hippie Presents: Backyard Sessions series, is an original song about the passing of her blowfish, Pablow.

Vaguely reminiscent of Death Cab For Cutie's "I Will Follow You Into the Dark," the lyrics, while ridiculous on paper, are heartbreaking. All-in-all, the entire performance (aside from the sushi interlude), is surprisingly emotional. And when Cyrus cries (which she does), you'll most likely start to tear up. We certainly did.