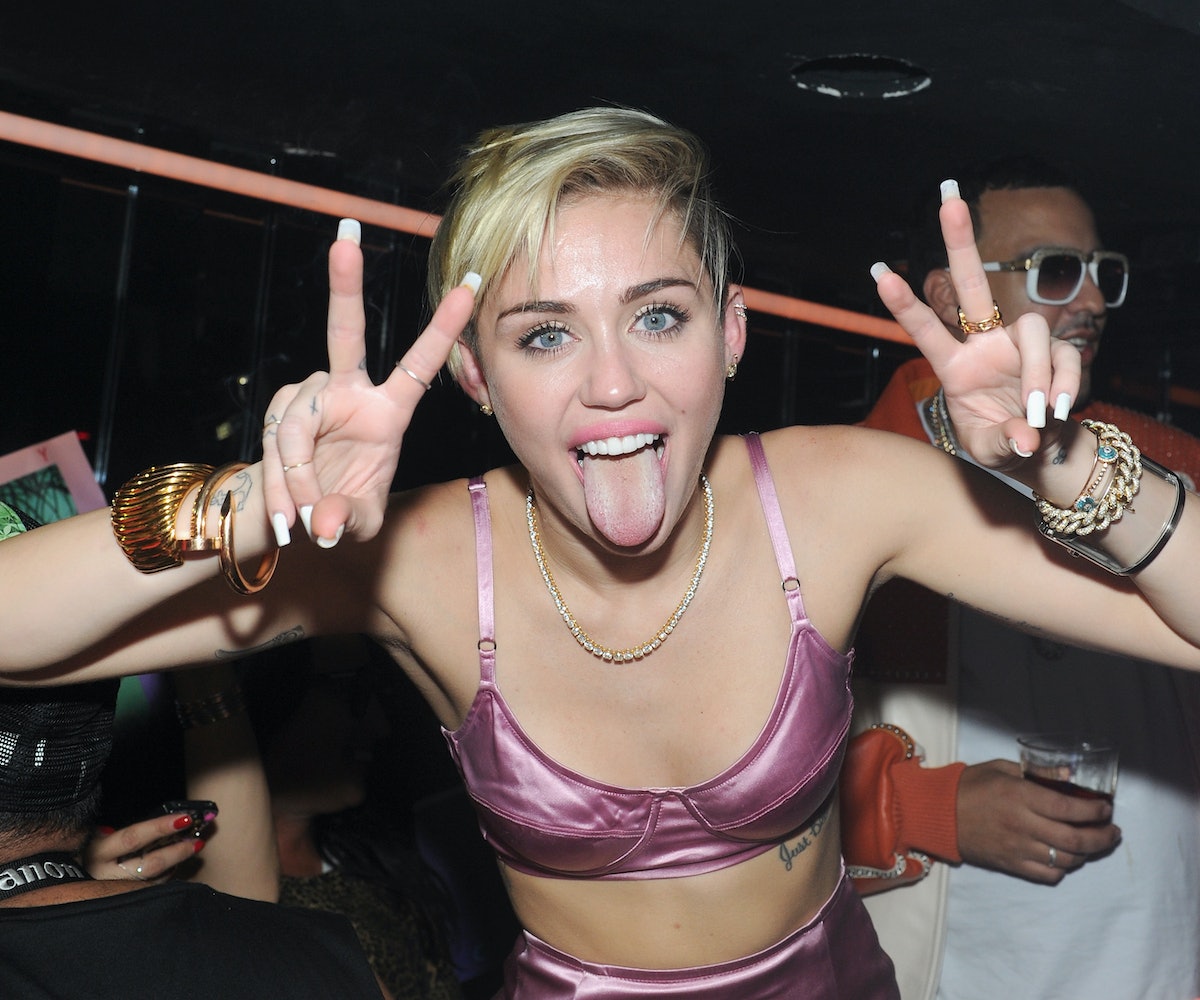 Photo by Jamie McCarthy/Getty Images for The General

We are the first to admit that whatever it is that Miley Cyrus happens to be doing at any given moment, whether that's beautifully covering Bob Dylan or talking about why she won't appear on red carpets anymore, we're here for it. The thing is, it doesn't even always matter if we agree with everything Cyrus does or says, we just fully appreciate how open she is, like some formerly tightly wound, now continuously unraveling thread. She's unhinged in the best meaning of the word, that is: open.

All of this is to say that there's a new Miley Cyrus interview out there in the world today, courtesy of Variety, and in it, she's just as open as ever. While promoting the new season of The Voice (and the first one in which she appears), the singer-actress-reality show host talks frankly on a number of topics, including the Kardashians, empowerment, and that age-old question: Weed vs Walmart. (Cyrus explains: "I had a clothing line at Walmart and got kicked out, because they said you had to choose weed or Walmart. And you see what I did—I chose weed.”

Cyrus talks politics too. She says that while she had been "a really big Bernie supporter," she now stands firmly with Hillary Clinton and has this to say to any Bernie supporters who won't vote for Hillary: "That’s fucking crazy and you’re out of your mind. It’s literally pissing me off more than anything. If you could ever consider Donald Trump, you never understood Bernie in the first place."

Cyrus also speaks about her evolved understanding of her sexuality, saying:

My whole life, I didn’t understand my own gender and my own sexuality. I always hated the word “bisexual,” because that’s even putting me in a box. I don’t ever think about someone being a boy or someone being a girl...  I went to the LGBTQ center here in L.A., and I started hearing these stories. I saw one human in particular who didn’t identify as male or female. Looking at them, they were both: beautiful and sexy and tough but vulnerable and feminine but masculine. And I related to that person more than I related to anyone in my life. Even though I may seem very different, people may not see me as neutral as I feel. But I feel very neutral. I think that was the first gender-neutral person I’d ever met. Once I understood my gender more, which was unassigned, then I understood my sexuality more. I was like, “Oh — that’s why I don’t feel straight and I don’t feel gay. It’s because I’m not.

Cyrus goes on to explain that it was difficult to come out to her conservative family, but that she's reached a level of peace with her mother, in particular, over the years, due in part to an experience with a young female contestant on The Voice, who came out because Cyrus was a role model for her. Cyrus says that after that happened, her mother apologized for the way she "was when [Cyrus was] that age and coming out." It's a worthwhile interview to read if you're a fan of Cyrus' and particularly meaningful today, which just so happens to be National Coming Out Day.

For more stories from celebrities on their own coming out experiences, check out NYLON's story here.