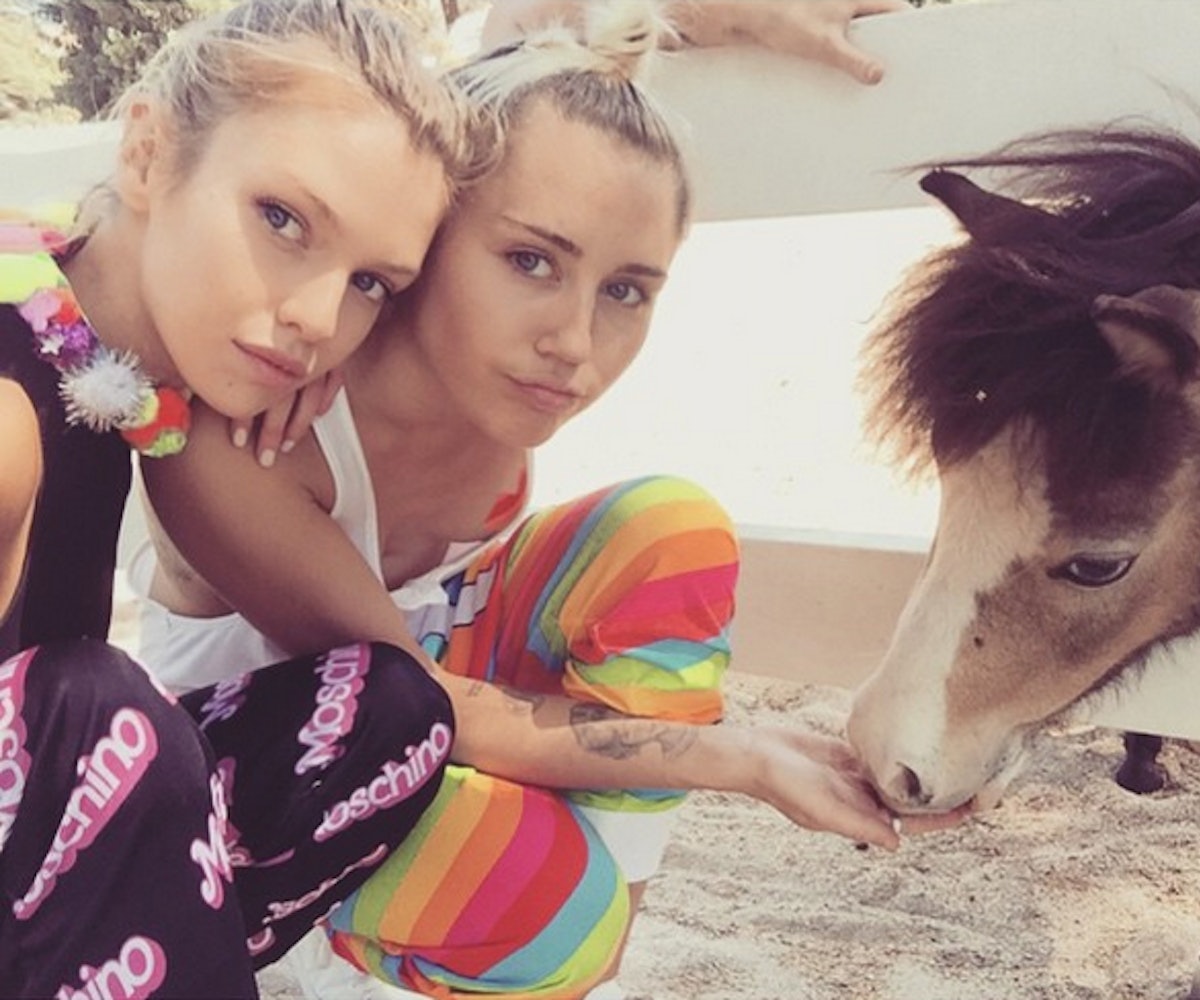 Photo via @stellamaxwell on Instagram
by rebecca deczynski
June 21, 2015

After breaking things off with Patrick Schwarzenegger, singer/activist/neo-hippie Miley Cyrus has been both open and mysterious about her love life. In May she discussed her sexuality, her gender identity, and her overall desire not to be shut into a box. More recently, she talked to Paper magazine about coming out to her mom at age 14. So that is why we're not too quick to slap a "gal pal" label on Cyrus's undefined-yet-close relationship with Victoria's Secret model Stella Maxwell.

The two have been hanging out more and more, prompting some speculations about their romantic involvement. Either way, the two seem to have seriously clicked—although the start of their relationship was an unconventional one. The Kiwi model explained to V magazine, "We met through Grindr... Nah, joking. We met through mutual friends via Instagram, which is where Cheyne [Cyrus's assistant] contacted me about taking some photos. It's been a trip to hang out and see a little of their world. Felt very organic and right." Later in the interview, when asked if she had a significant other, Maxwell simply responded, "Define significant..."

Still, the pair seems to be getting even closer and closer. If Instagram is enough to meet a potential beau (or even just a super rad friend), that's enough to have us consider deleting all of our fruitless dating apps.