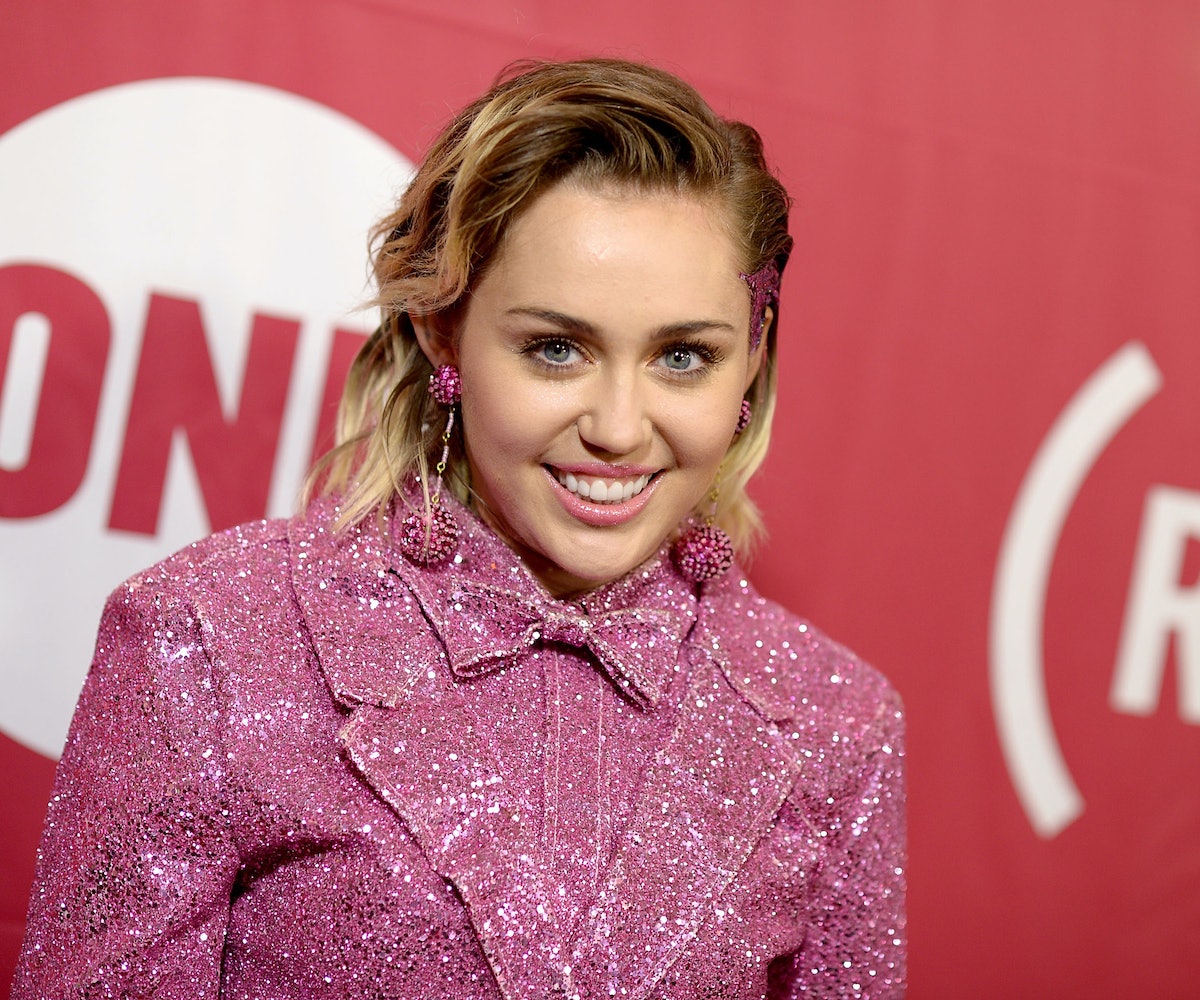 Miley Cyrus is in full makeover mode. Then again, when isn’t she? And, leave it to the professional provocateur to take something totally wholesome and make it risqué. Cyrus' latest haircut, which she just debuted on Instagram, is a platinum blonde look that goes heavy on the bangs. It's relatively girl-next-door, especially where Cyrus is concerned, but based on the caption from Chris McMillan, the scissor wizard behind the new look, the pop star was going for something far less subtle.

Check out Miley's new 'do below.