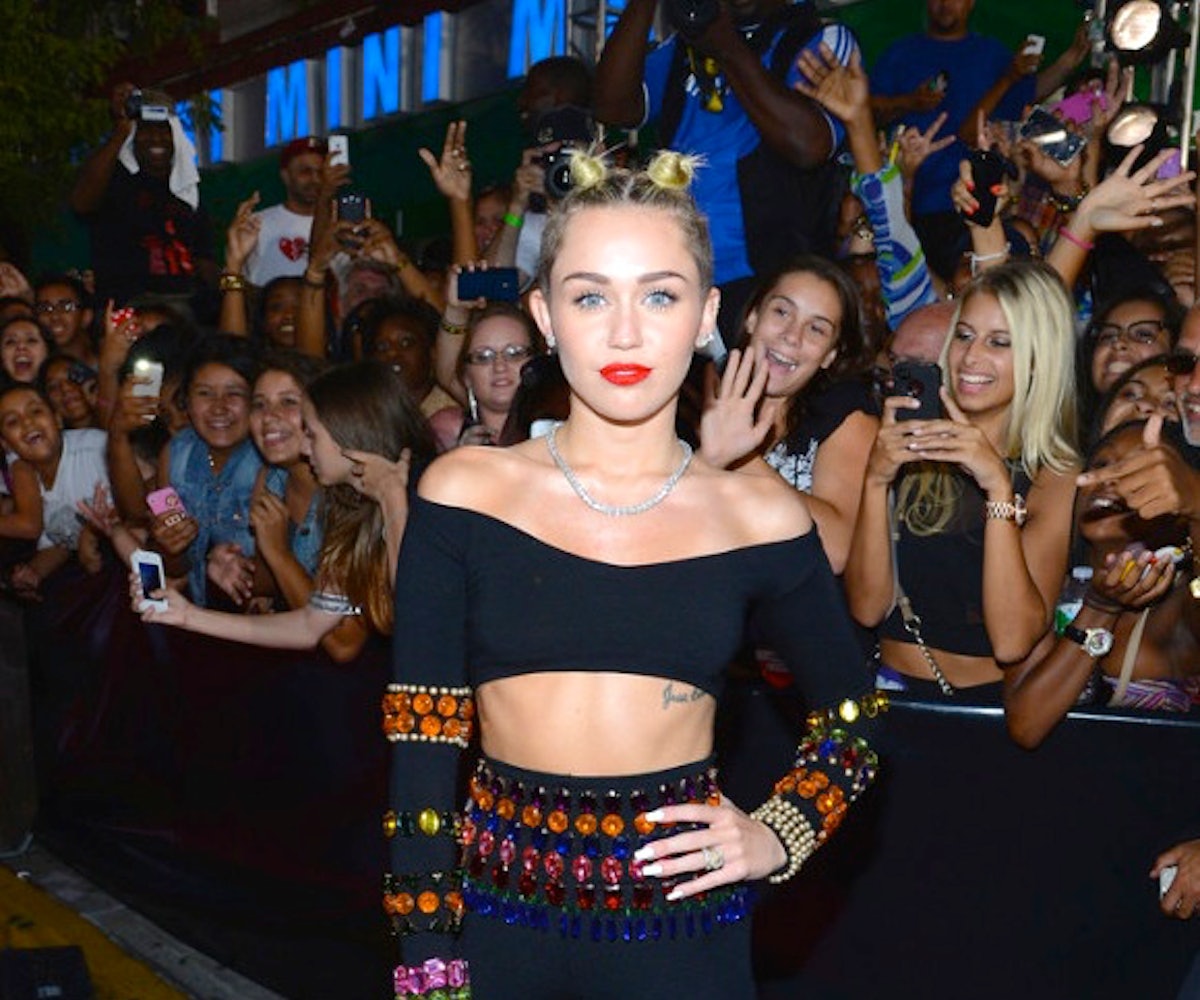 Confirming the fact that literally everybody was talking about Miley Cyrus' VMA performance last night, the singer set a new internet record for the highest number of Tweets per minute during the show. She beat out current title-holder Beyonce with a whopping 306,000 Tweets. (Zap2It)

Artist Takashi Murakami (you might remember his recent Louis Vuitton collab) is teaming up with Shu Uemura on a new makeup collection for the holidays. (WWD)