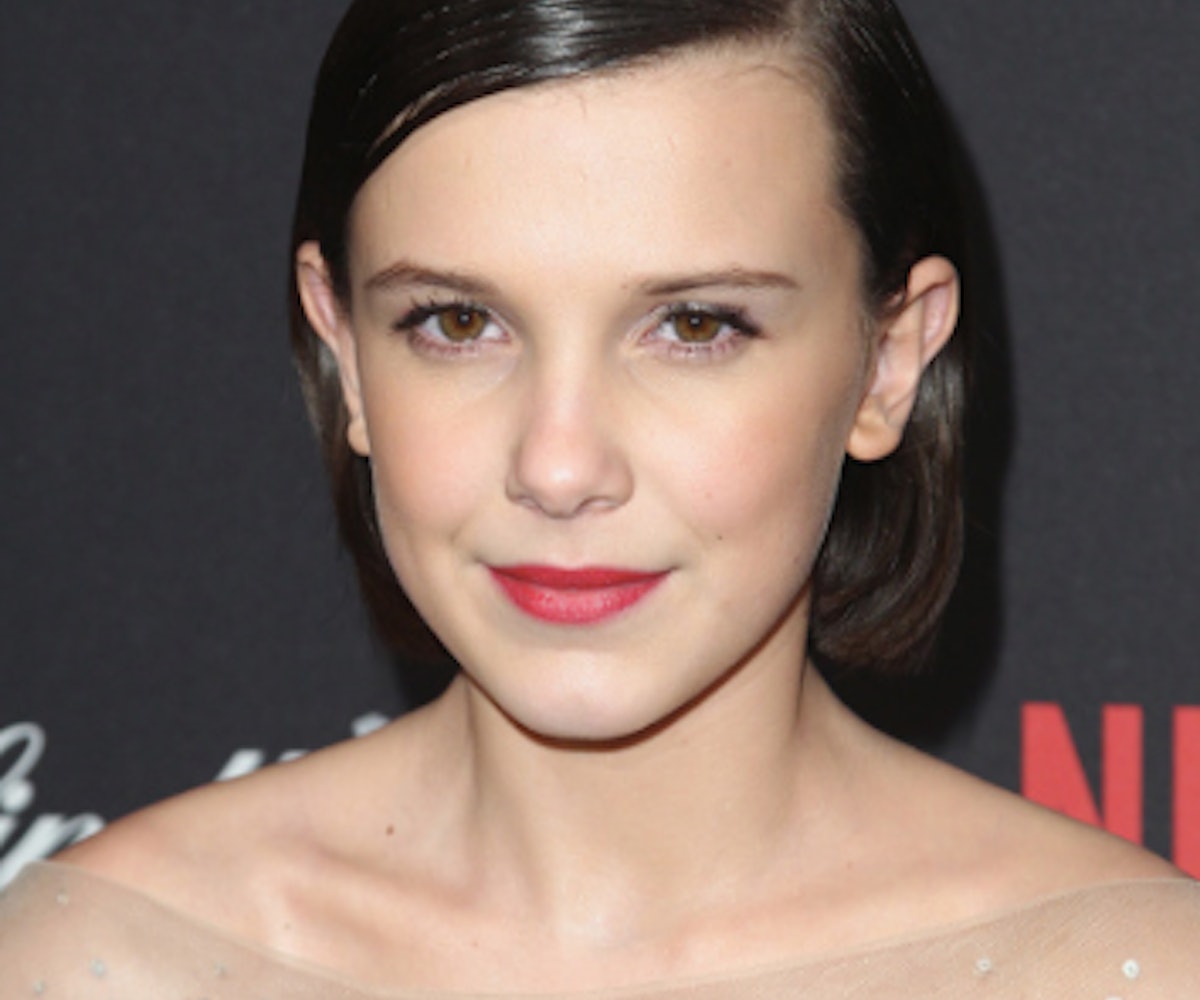 Well, it was only a matter of time. Millie Bobby Brown is officially a movie star. The breakout star of last summer's Netflix juggernaut Stranger Things has been cast in Godzilla: King of the Monsters, the Hollywood Reporter reports. While it's unclear who Brown will be playing, it's pretty obvious that she has some major monster slaying in her future. After all, that Demogorgon never stood a chance.

So, who will join Brown in her fight to save humanity? There's no word yet on whether Aaron Taylor-Johnson and Elizabeth Olsen—both of whom starred in Gareth Edwards' 2014 Godzilla—will return. We do, however, know that Edwards himself won't be back. He's handed the reigns to director Michael Dougherty, who'll be in charge of ushering Brown's career to the next level. And, if you can't wait until March 22, 2019 to see Brown totally own it, fear not. The second season of Stranger Things is already in production. Bring on the waffles.