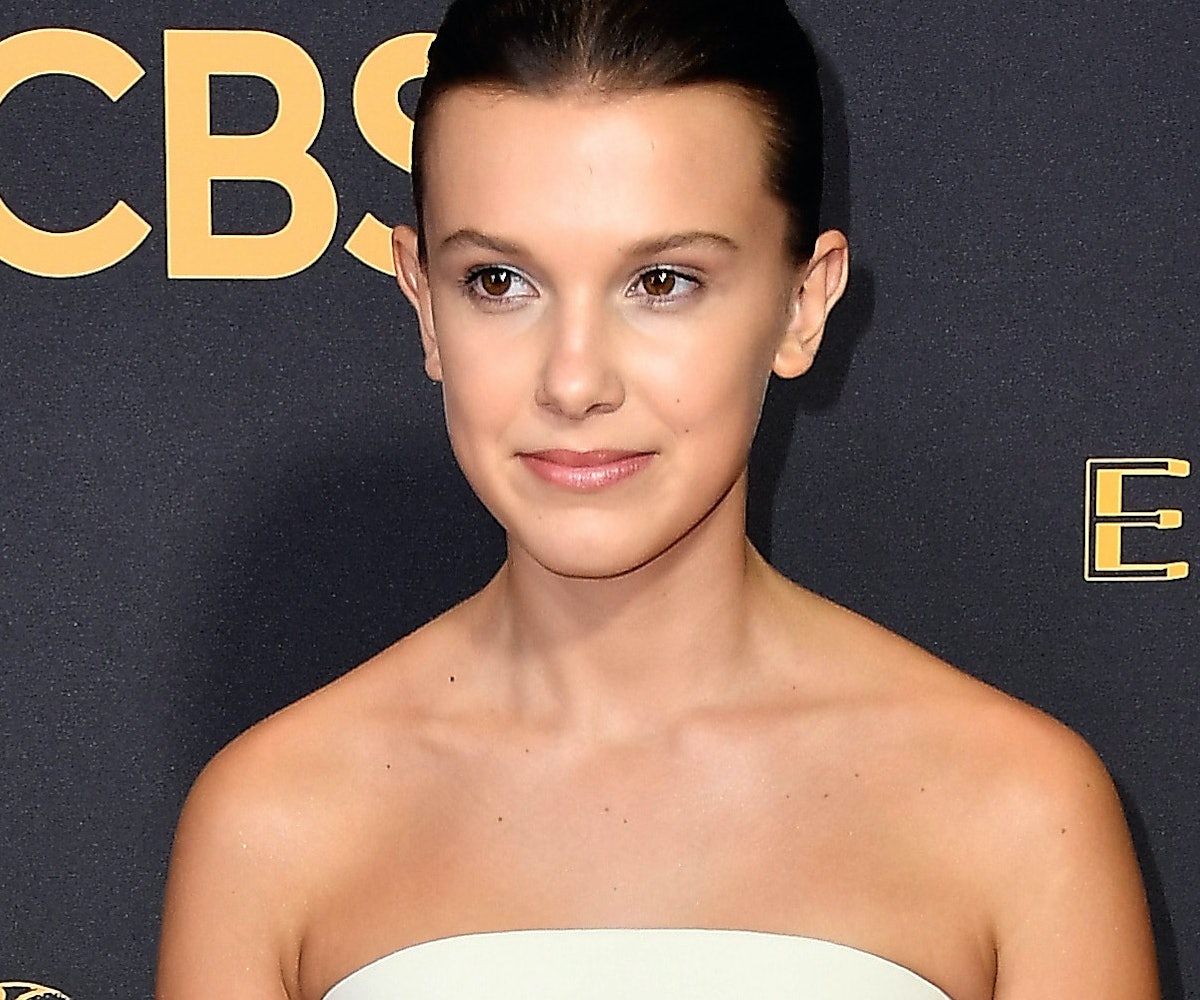 All photos by Frazer Harrison/Getty Images

Ahead of the much-anticipated release of Stranger Things Season 2, last night, the cast and crew gathered in Los Angeles for the premiere and blessed us with one more thing to freak out over: Millie Bobby Brown’s sleek (and longer!) new ‘do.

Brown, who first debuted a buzzed head as her character Eleven in 2016’s first season, has been continually growing out her close crop. In the past, she’s worn braids, headbands, and slicked-back styles on the red carpet to likely maintain the sometimes-awkward period of growing out a shorter style. However, it wasn’t until last night that we got to see the elegant shoulder-length lob.

Some are speculating she’s wearing a wig or has perhaps put in extensions, but we’re here for it either way. While the buzz cut has arguably been one of the most popular hairstyles of 2017, this new look is incredibly polished for 13-year-old Brown.

To go with her new longer locks? A chic outfit to match. Brown opted to wear a black leather shirtdress and white kitten heels for a look that’s elegant and poised, but also modern and fresh. Needless to say, we're obsessed.

NEXT UP
Beauty
Harry Styles’ Beauty Brand Is Dropping Their First Makeup Collection This Week
Entertainment
The 2023 Met Gala Theme Is Karl Lagerfeld: A Line In Beauty
Fashion
The Best Denim Moments On The Street At Paris Fashion Week
Fashion
Taylor Momsen Is The 'Grunge Goddess' Star of R13's New Campaign