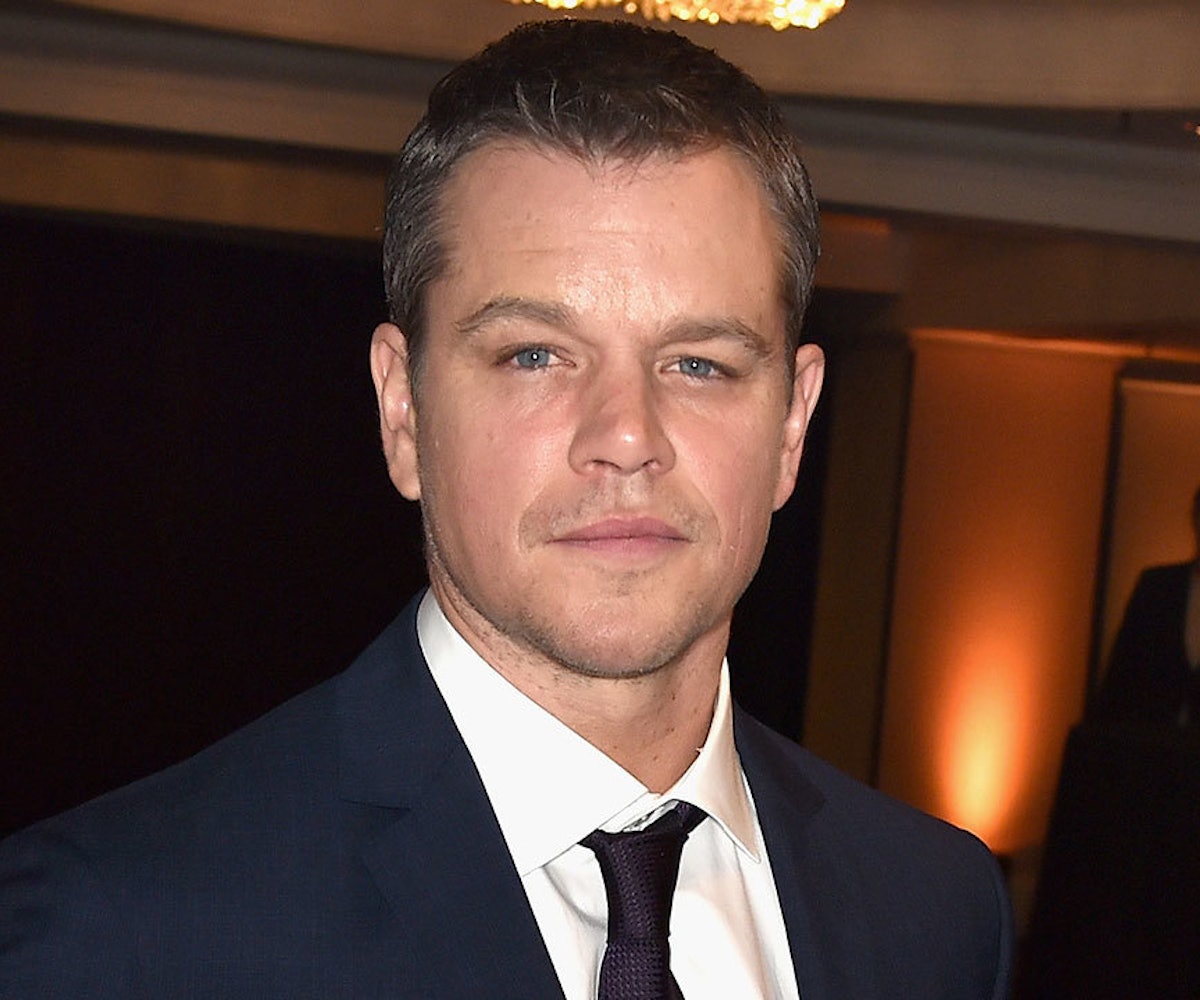 In a case of poetic justice two decades in the making, Minnie Driver savagely subtweeted Matt Damon directly into the trash after Damon shared a number of questionable opinions on “the spectrum of behavior” that he considers sexual assault to be. Said dragging came just a week after the 20th anniversary of Good Will Hunting, in which the pair played love interests. (They also dated in real life for a while, but had a pretty cringe-inducing break-up.)

Anyway, earlier this week, Damon sat down with ABC News’ Peter Travers for a wide-ranging interview about sexual harassment in Hollywood. Why ABC News wanted Damon’s non-expert opinion is unclear, but the Bourne star rose to the challenge with aplomb, telling Travers that sexual assault isn’t cut and dry, but rather, “a spectrum of behavior.”

“We’re going to have to figure—you know, there’s a difference between, you know, patting someone on the butt and rape or child molestation, right,” Damon pontificated. “Both of those behaviors need to be confronted and eradicated without question, but they shouldn’t be conflated.”

Damon went on to explain that while rape and child molestation were hard nos for him, behaviors like patting someone on the butt were “just shameful and gross.”

Damon’s commentary, which went on to attempt to exculpate both Louis C.K. and recently resigned senator Al Franken, was met with widespread criticism for its tone-deaf views, and now it looks like Driver felt the same way. The actress tweeted out a recap of Damon’s interview with the caption “God God, SERIOUSLY?” before appending a second tweet castigating tone-deaf men as “part of the problem.”

Damon has received criticism before for bungling his words of alleged advocacy. In 2015, comments he made on Project Greenlight about deprioritizing the need to include diverse creators were met with swift backlash. Most recently, he has been on the receiving end of criticism for his overused “As a father of four daughters” line as the primary reason that sexual harassment allegations upset him.