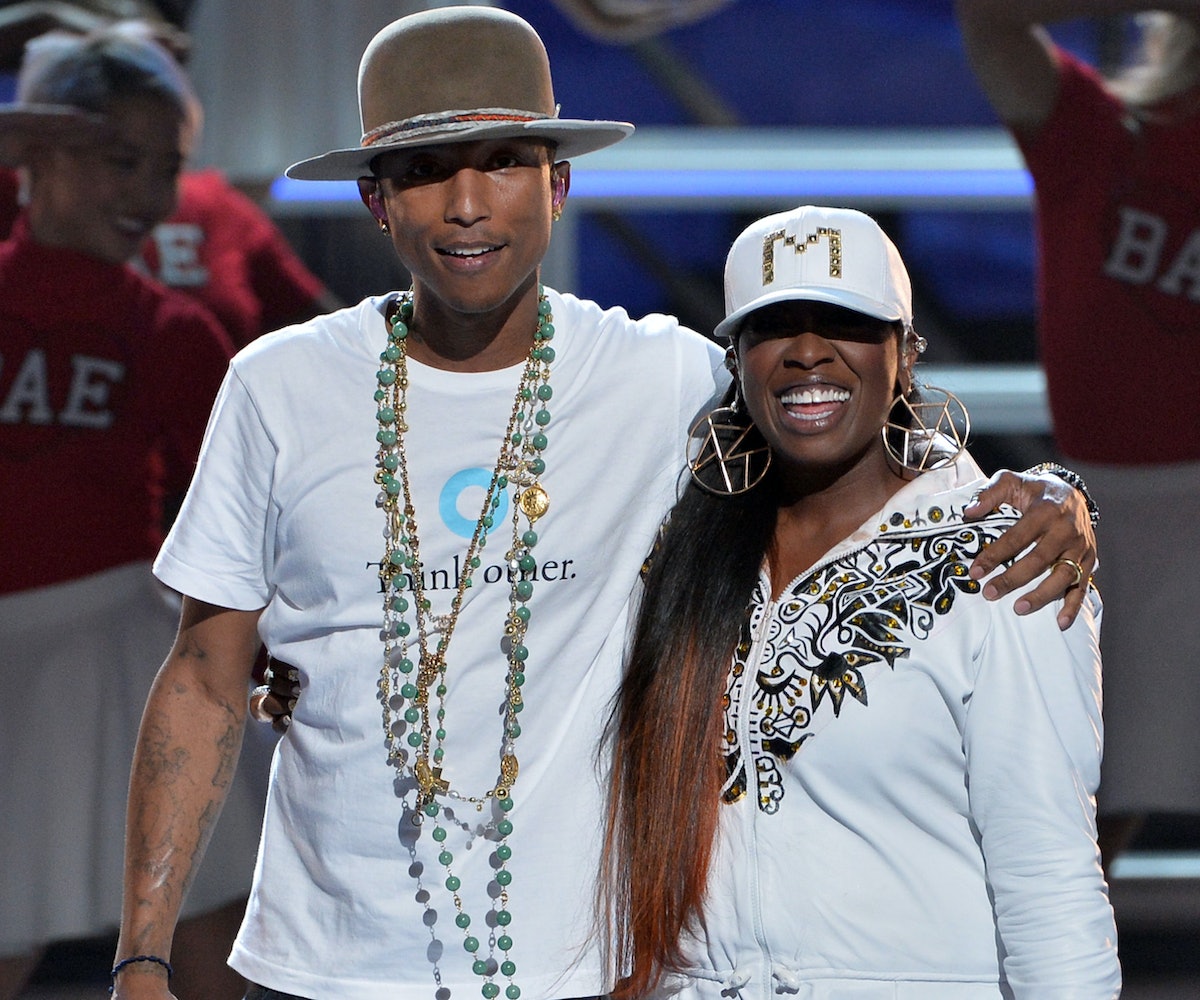 Last night on the finale of The Voice, Pharrell Williams was joined by Missy Elliott to perform their latest collaboration "WTF." This marks the first time that the single has been performed live, so this was one of those performances where they had to go all out and do the most, so to speak. The set started off with puppet versions of her and Pharrell that are both cool and creepy at the same time. As always, Missy looked super fly when she took the stage, which was transformed into a futuristic subway station. Obviously, they did not disappoint their viewers or the audience. Later on, Justin Bieber and The Weeknd dropped by to sing a few of their hits, too. Watch the epic showdown, below.