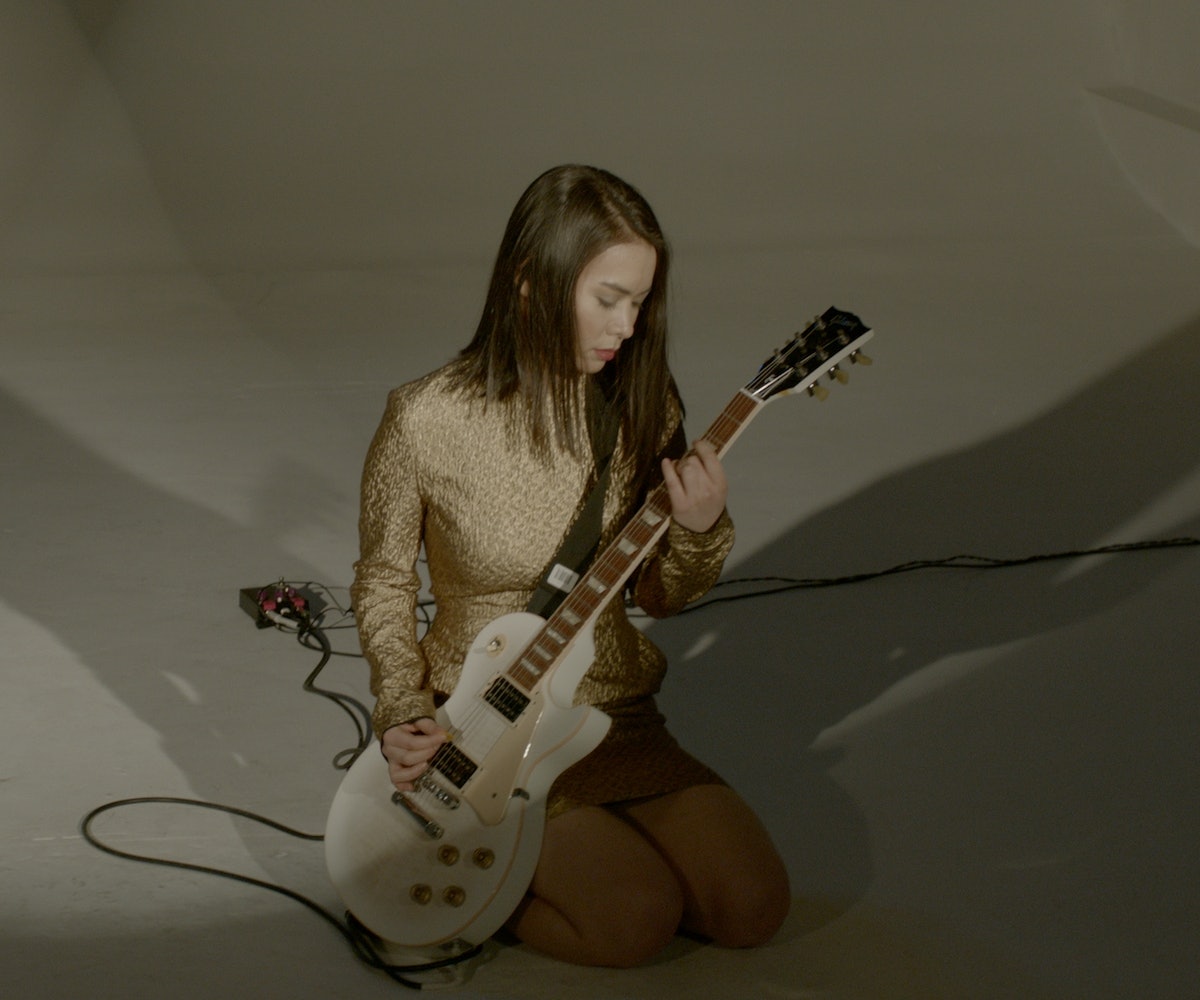 For the Tumblr generation, Mitski Miyawaki has become a modern-day indie darling. Even though the title has been four or five years in the making, some of us weren't reeled in until 2014's Bury Me at Makeout Creek. When her nostalgic tunes can't provide the comfort you need, there is her Twitter where she keeps people informed about her thoughts on the importance of stress, how she would react if aliens invaded earth, the double-edged sword of having a cat, body positivity, embracing your face, and not letting boys define who you are.

In a way, you feel like you know Mitski on a personal level even though this is far from true. She's relatable, and because we feel like she gets us, we can identify with her. (I mean, who else is open about discussing Justin Bieber, One Direction, Zayn Malik, and Rihanna in the same breath as smashing the patriarchy?) While having a connection to teens is important to mosts artists on the market, Mitski is also aware of the power this position yields.

"It’s so important and I think it’s so valuable that kids confused about their identity can go out and be like, 'I’m going to Google search this' or 'I want to look for other people like me.' If they look hard enough they can find those communities online," she says. "But at the same time, because we, as a culture or a world, are still kind of getting used to having information all the time, I think we need to figure out a way to live with it in a healthy way. With the Internet, sometimes the person who’s screaming the loudest is heard, but it doesn’t mean that they’re being helpful or they’re saying something healthy for you. So, what scares me with teens is a lot of times, it’s so easy to fall in love with an idea or a subculture because it is just screaming at you, and it might not be the best thing for you."

This morning, Mitski officially released the music video for her single, "Your Best American Girl." In what she calls a "dramatic song" off her forthcoming sophomore album Puberty 2, Mitski reflects on her mixed identity as a half-Japanese and half-American woman—something that's still an ongoing conversation for her.

"I still haven’t found it, with a capital I," she explains. "In the U.S., I don’t quite feel American and I don’t quite feel white enough. But then, to fellow Asian people or in Japan, I’m also a foreigner. I’m mixed, I’m half white, I’m not Asian enough, I don’t understand... I’m stuck in this kind of middle ground of not being allowed in either camp. I also didn’t grow up in the U.S. and I also didn’t really grow up in Japan. I grew up moving around because of my father’s occupation, so I truly, fundamentally don’t belong anywhere. That’s always difficult when it comes to relating to other people or being part of a community or being in a relationship because you need some sort of point of reference; you need kind of a basis or a foundation where you can relate to each other."

The Zia Anger-directed music video explored the dynamics of the quintessential white indie stereotype that has become so common in America today. Even though Mitski didn't come up with the treatment for the video, she affirmed that the resulting concept reiterates her original intent when she wrote the song. "I’ve learned that sometimes, the best thing to do is let people just do what they’re best at. And so with this video, the moment I got to know Zia, I was like, 'Oh, I can just let her take the reins and trust her on this, and then it’s going to be her vision, but it’s going to be amazing."

Catch Mitski on tour with Japanese Breakfast and Jay Som:

NEXT UP
Entertainment
Rihanna, Mitski, Lady Gaga Nominated For 2023 Oscars
Entertainment
FLO Is Headlining Their First US Tour This Spring
Entertainment
Beyoncé Is Now The Most Awarded Artist In Grammy History
Entertainment
Harry Styles' "As It Was" Grammy Performance Featured A Silver Tinsel Onesie
Style + Culture, delivered straight to your inbox.