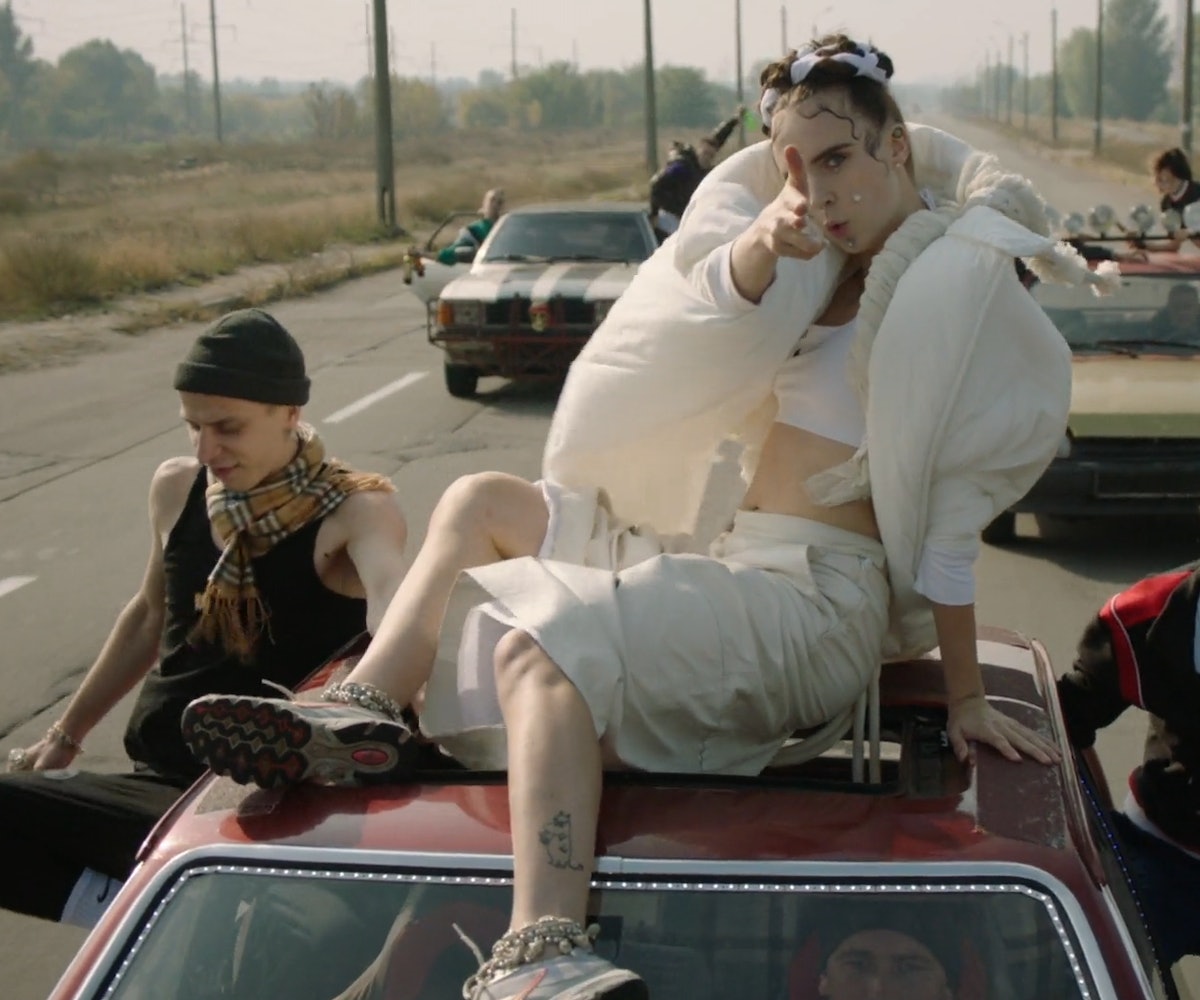 The mainstream sonic landscape might currently be overrun by former Disney stars and electro-popstars, but luckily, there are a few artists sprinkled about that make it possible to remember that good, innovative music is still a thing. MØ happens to be one of them. Bedazzled with various cultural influences, her latest single, “Kamikaze,” produced in collaboration with Diplo, hits that weird-but-accessible sweet spot—one that M.I.A. managed to hit with Diplo’s help as well.

This morning, the singer released the video for the song, which adds yet another layer (and inevitably brings up more M.I.A. comparisons). Filmed in Kiev and directed by Truman & Cooper, the video highlights fringe culture in a place where there’s, quite frankly, not much going on. “‘Kamikaze’ is a happy party song, but at the same time also about being lost and restless,” MØ said in a press release. “What I really like about this video is that it embraces both those aspects: the party vibe—the friendships and the happiness—but also the darkness, the craziness, and the doom. And it’s not just the song that has that duality, it’s very much who I am.”