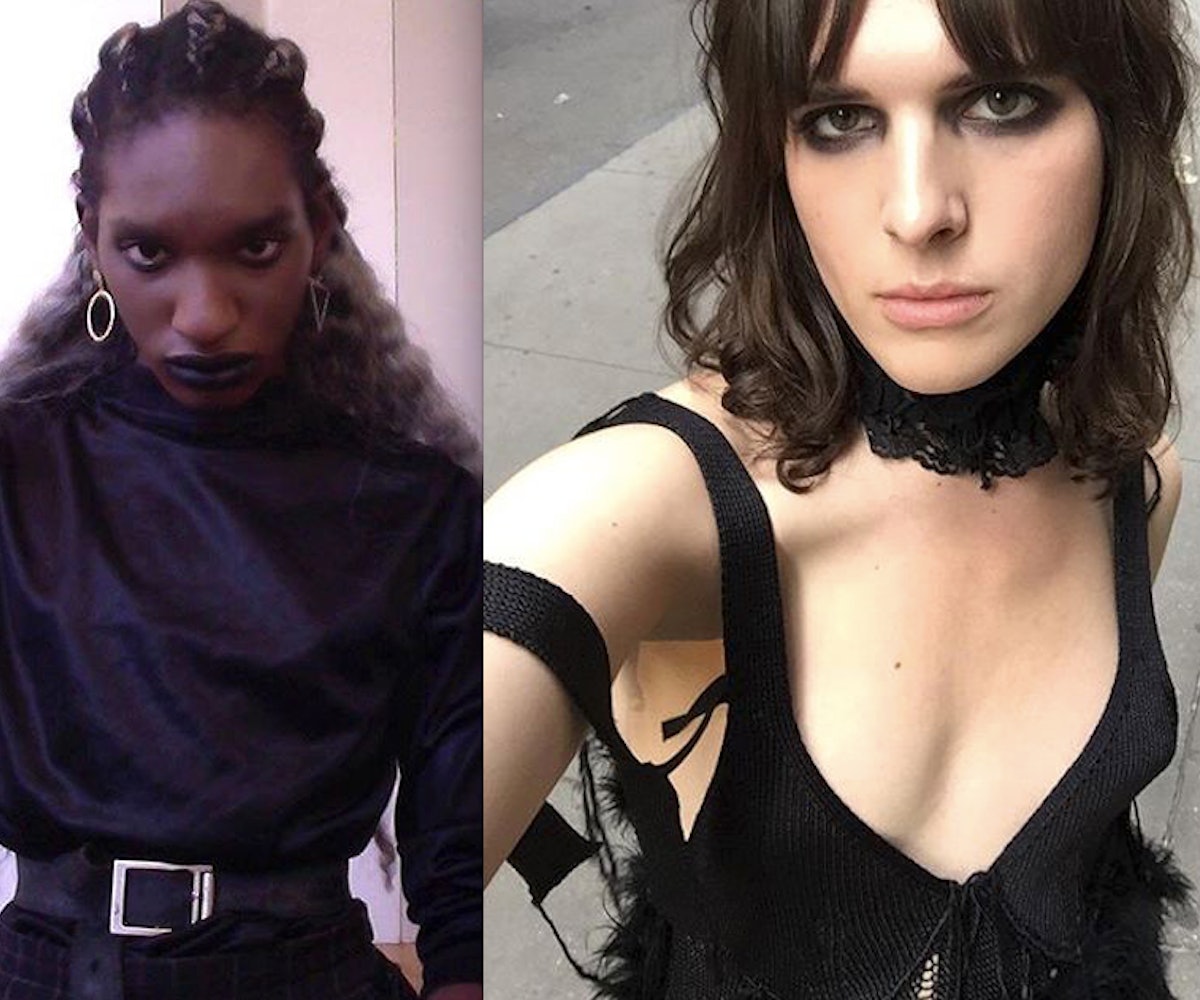 There has been an outpouring of grief on social media by celebrities and influencers this past week following the tragic deaths of Alton Sterling, Philando Castile, and the five Dallas police officers killed during a peaceful protest. It only makes sense that those with star power should say something—these individuals have vast followings on their social media channels, giving them a platform by which they can reach wide audiences of people and influence minds to address and stand against the injustices.

Models Hari Nef and Torraine Futurum recognize this as they've called out the fashion industry for remaining silent during this week of brutality and senseless killings. Both models shared an Instagram post originally from designer Jamila Mariama, in which she expresses her disappointment in the fashion industry at large, "[who] have not a word to say about the racism, police brutality, and injustice happening to blacks right in front of their eyes."

Futurum told Complex in an email: "The only reason people in the fashion and entertainment industries spoke on Orlando is because they'd seem incredibly insensitive if they didn't. Unfortunately, the same demand is not felt on black issues. Historically, fashion folks have been pretty silent on racially fueled police brutality and systemic racism as a whole. For some, racial injustice is too 'controversial' and divisive to talk about. Which is mind boggling in 2016. And honestly, I just think people really don't care enough. When Beyoncé is spotted wearing these brands' clothing, the brands will post photos for DAYS from every angle you can think of, trying to spin as many stories out of it as possible. But on this, a topic she is very vocal about, they are silent."

Mariama also spoke to the publication, saying "the fashion industry has so much power and can't be afraid to speak up" and "you can't pick and choose who you want to stand up for if you truly believe there should be justice for everyone, no matter gender, sexuality, religion, or race."

Mila and Futurum raise an incredibly important point about when and how influencers use their platforms to send a message. Mila notes that many fashion houses and brands shared grieving words and condolences following the Orlando shooting, but the same awareness is not extended to issues involving black rights. This obviously is not to dismiss the sentiments shared following the Orlando tragedy, but rather, to shed light on the fact that all tragedies, regardless of race, sexuality, or religion, should be given the same amount of weight. With the incredible reach these fashion brands and influencers have, they have an even greater responsibility to speak out against the injustice and the racism that still permeates our country so heavily.

Hopefully, Mila, Futurum, and Nef's words encourage others in fashion to come forward and express their own frustrations, anger, and grief over the brutalities that occurred and call for change.