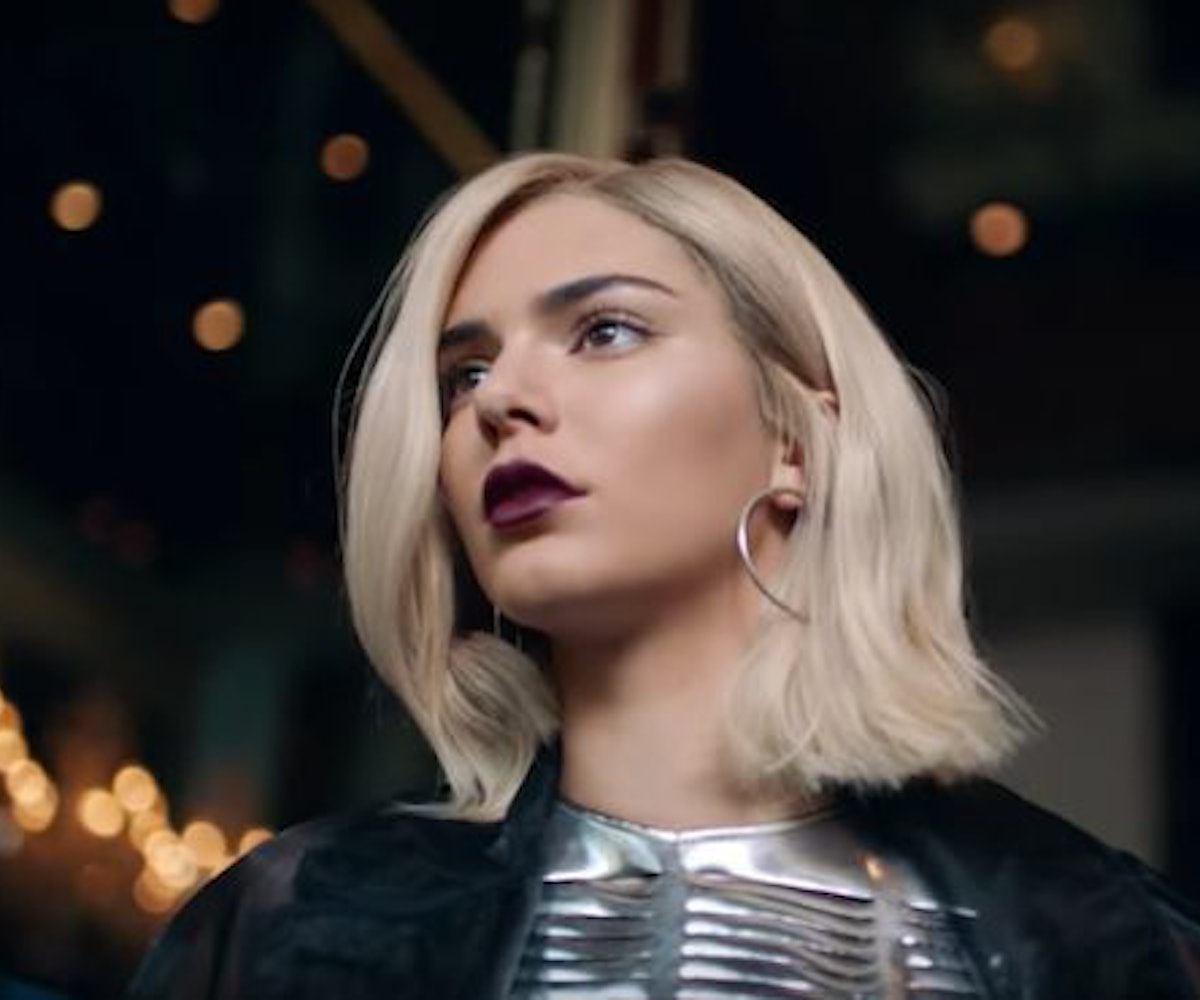 Yesterday, the nation (at least online) erupted when Pepsi aired its new, politically charged commercial for the Pepsi Max campaign. The ad stars Kendall Jenner, who ditches her modeling routine to join protestors as they march in the streets. (Yeah, it's weird. We know.) What really got everyone up in arms is when Jenner approaches a police officer and hands him a can of Pepsi, as if that would be all it takes to resolve the epidemic of police brutality in the U.S. (It's not that hard, you guys! Coca-Cola has always been woke.)

Backlash against the whole concept immediately ignited on Twitter, with users accusing the global brand of capitalizing on the Black Lives Matter movement and making a mockery of activism. Brad Jakeman, president of the global beverage group at PepsiCo, tweeted that he was "super proud" of how the advertisement turned out. In that same breath, Jenner said that she was "honored" to be a part of it and follow in the footsteps of Cindy Crawford as the second model to have a Pepsi global campaign.

Ultimately, in response to the criticism, and after initially defending the commercial's message, Pepsi decided to pull the ad. But on the grand scale of poorly conceived ads, was Pepsi's really all that bad? We decided to investigate. And then, you know, rank 11 of the most controversial advertisements that were produced during our lifetime. Relive the glory days of tone-deaf, ignorant bliss in the videos, below.

Clearly, nobody from this party took notes when Taylor Swift got called out for all the cultural appropriation in "Shake It Off." The main problem with this Poppy Delevingne-endorsed dance challenge concept was mostly the lack of women of color. (There were approximately zero.)

Mansplaining is bad enough, but now we have to hear a bunch of guys whine about the trivial tasks they complete throughout the day in? Boy, bye. GTFO with that monotone voice.

Because women are so desperate for a manly man that they'll hunt him down from anywhere, right? This spray really brings out the wild side of a woman—she is hungry, hear her roar! Why did we let this brand get away with sexism for so long again?

Remember that time when we were all tricked into thinking that this ad meant its company was taking a stand for immigrants? Shortly after receiving support for "The Entire Journey" and its message against building a wall, the company cleared the air and confessed that they do not support "illegal" immigration.

7. The Department of Health anti-smoking

If you can't stomach the image of rotting flesh, avoid pressing play. The Department of Health went to the next level and compared smoking cigarettes to burning pieces of rotting flesh. Message heard! Loud and clear.

Sometimes controversy isn't a bad thing. This chilling advertisement is in favor of gun violence prevention and sends a strong message to NRA advocates across the country. There's a reason why this went viral—pay close attention.

This might be the most racist advertisement we have ever seen. News flash: You can't wash the color off of your skin. And you shouldn't feel like you need to, either. Also, there are many people dealing with body and identity issues who could be majorly triggered and harmed by messages like this one. Huge fail.

This commercial went way over-the-top when it explicitly related the sale of drugs to terrorism. Exploiting the fear many Americans felt after 9/11 in order to perpetuate a "war on drugs," that has proved ineffective at best and wildly catastrophic for so many people around the world (and in this country), is wrong. Do better.