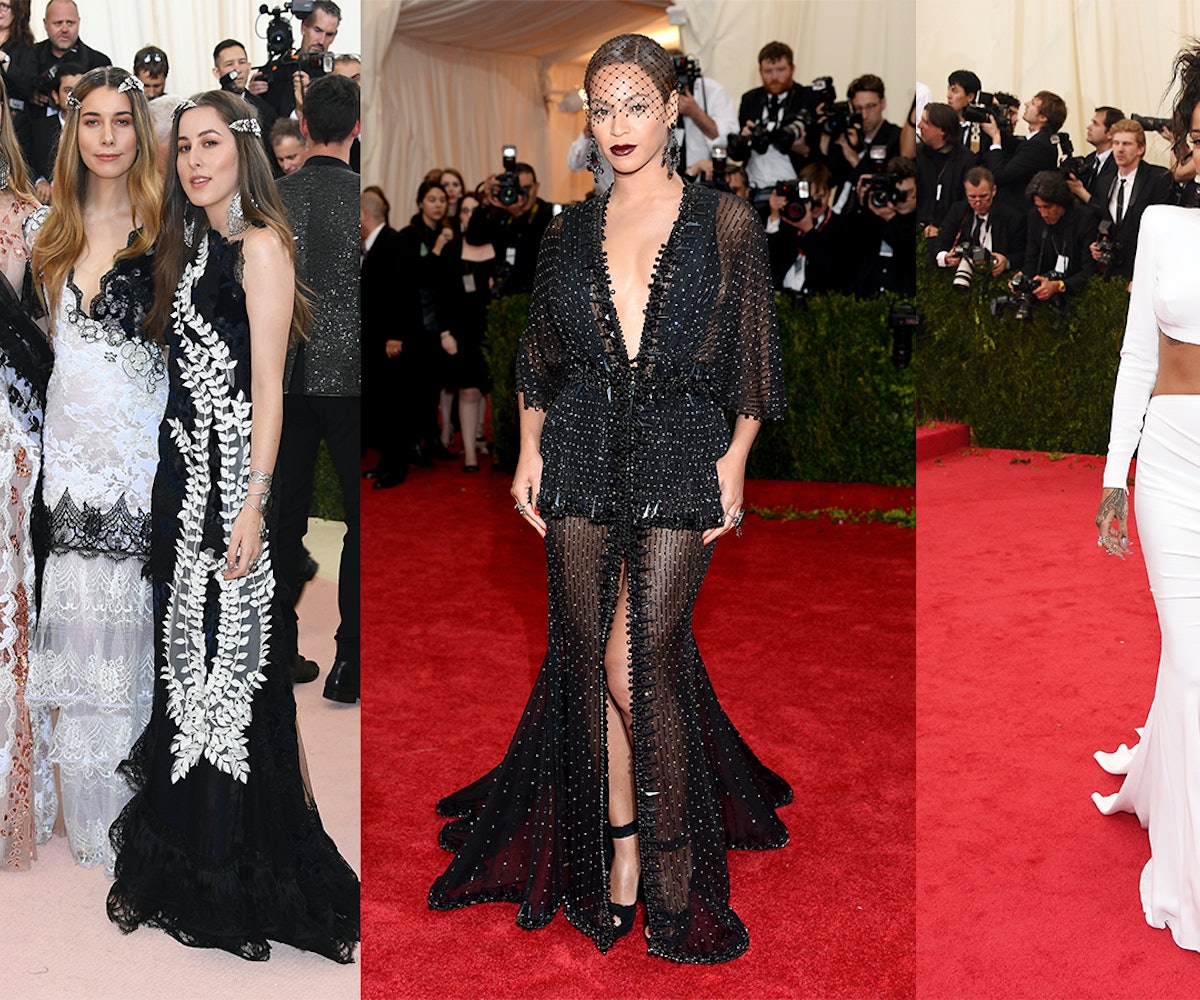 To say that we’re excited for tonight’s Met Gala—aka fashion’s party of the year—would be an understatement. Every year, we’re blown away by the striking gowns, intricate getups, and, of course, a couple of surprises here and there. And we’re sure tonight’s Rei Kawakubo theme is destined to bring us some of the most outrageous, avant-garde looks ever seen at the Gala, all in a nod to Kawakubo's brilliant work.

While we gear up for tonight’s festivities, we can’t help but feel nostalgic for some of our favorite looks of the past. Below, we rounded up some of the craziest, breathtaking, and most elegant ensembles of all time.

What can we learn from these 20 numbers? That sometimes more is more and, on some occasions, simple and minimal can be just as powerful. Oh, and that attending the gala with your equally as stylish sibling(s) turns you into a superhuman fashion force.

Check out our all-time favorite looks, below.

It was confirmed that the Smith siblings are fashion icons in the making when they attended last year's gala in these futuristic Chanel (Willow) and Louis Vuitton (Jaden) getups.

Remember that time the Haim sisters proved to us that they were actually ethereal fairies from heaven when they arrived at the Gala in head-to-toe Rodarte? We sure do.

Zoe Saldana stole the show (and filled the room) with this absolutely breathtaking feathered gown by Dolce & Gabbana.

This Giles dress Solange chose in 2015 is more art than fashion. How apropos.

Donning Ralph Lauren, Anne Hathaway proved that a hood is appropriate for a red carpet.

Blake Lively was pure glamour in this Gucci gown.

While some of Rihanna’s Met Gala choices have been meme-worthy, we’re swooning over the simplicity and elegance of this two-piece Stella McCartney look.

While this was quite an infamous evening for Beyoncé, Jay Z, and Solange, Queen Bey was sheer elegance in this sparkling, black Givenchy look.

Everything about Rooney Mara’s 2013 look is perfection, from her simple hair and vampy lip down to her stunning ruffled lace Givenchy gown.

Leave it to Carrie Bradshaw to interpret a punk-themed evening with an insane Philip Treacy faux mohawk headpiece.

Florence Welch was a tiered ethereal cake in this insane gown by Alexander McQueen.

There are no words for Daphne Guinness in this intricately feathered Alexander McQueen masterpiece. Oh, wait, yes, there are: iconic, stunning, perfection.

Dakota Fanning was a literal garden party in a flower-emblazoned Valentino.

Doutzen Kroes was basically a fairytale princess in this tulle Zac Posen stunner.

Cate Blancett was a fringed dream in this golden Balenciaga gown.

The 2003 theme was Goddess, and that’s exactly what Nicole Kidman was channeling in this sparkling Tom Ford for Gucci.