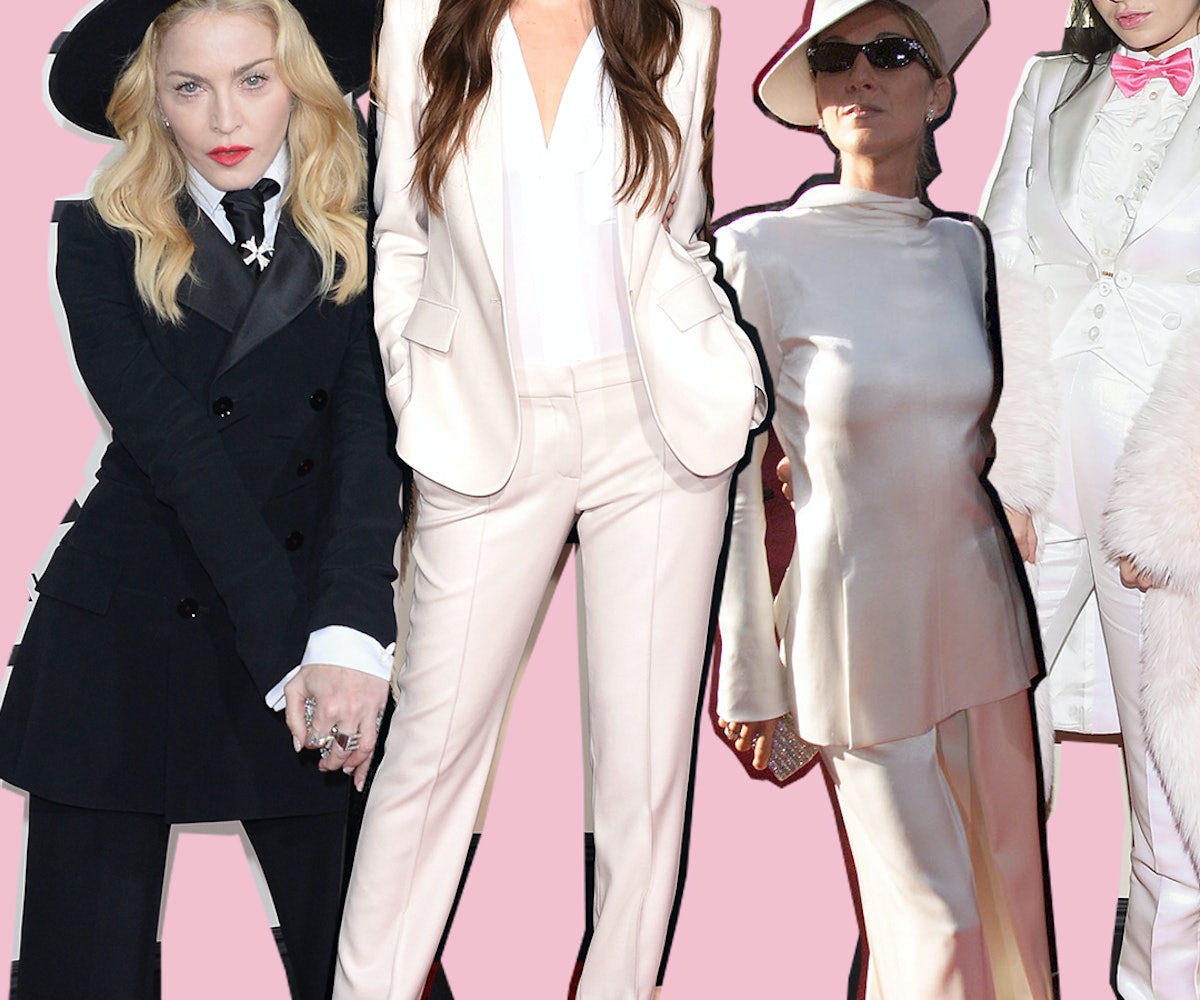 There’s no doubt about it: Pantsuits are having a major moment. Whether it’s for a politically charged reason or not, from the runways to the red carpet, ditching what would classically be considered “ladylike”—such as a dress or a gown—for a blazer and pants is totally on trend right now. In fact, there are even a number of brands dedicated to creating nothing but the coolest of lady suits.

Heading this trend on the red carpet front would have to be Evan Rachel Wood, who has dedicated herself to wearing only the chicest pantsuits to every single red carpet event she attends. She’s even spoken out in interviews about the fact that she wears them to prove to young girls and women that dresses aren’t a requirement.

However, while the pantsuit is on a major upswing, we’ve been seeing strong and empowering women opting to put their spin on menswear on the red carpet for years—and by years, we mean decades (*cough* Diana Ross at the 1973 Oscars). Below, we highlighted 14 of the most epic awards show red carpet pantsuit moments in history.

With the Oscar’s just days away, we’re expecting to see the trend continue on Sunday’s red carpet. Even though the Oscars tend to be the more formal of the awards show circuit, we wouldn’t be surprised if we saw more pant legs than dress trains. Stay tuned for our red carpet coverage to find out.

ERW can legally change her name to The Queen Of Pantsuits at this point, and this Altuzarra suit may be one of our faves.

Zendaya rocked this killer DSquared pantsuit complete with a mullet to the 2016 Grammys.

While the Haim sisters always make our best-dressed lists wherever they go, Danielle totally stood out in her tailored Stella McCartney suit.

Charli XCX put an ultra-feminine twist on the lady tux by rocking this baby pink version by Moschino—complete with a hot pink bow tie.

Lorde proved that a crop top is the perfect match for a pantsuit in this custom Narciso Rodriguez.

Madonna went all out at the 2014 Grammys in a full Ralph Lauren tuxedo, complete with a hat, cane, and bedazzled single glove (a tribute to MJ, perhaps?).

Cyrus opted for simplicity (for once) in this gorgeous, plunging Versace suit—albeit a few oversized safety pins.

Our favorite funny lady was absolutely radiant in this plunging Stella McCartney suit.

A young Taylor Swift rolled up to the VMAs in a chic, white pantsuit by J. Mendel.

Hathaway may have arrived on the red carpet in a stunning red gown, but we’re bigger fans of this Lanvin tux she switched into during the ceremony—one of her many outfit changes of the evening.

Okay, so maybe Dion wore this Christian Dior tux backward, but that totally still counts in our book.