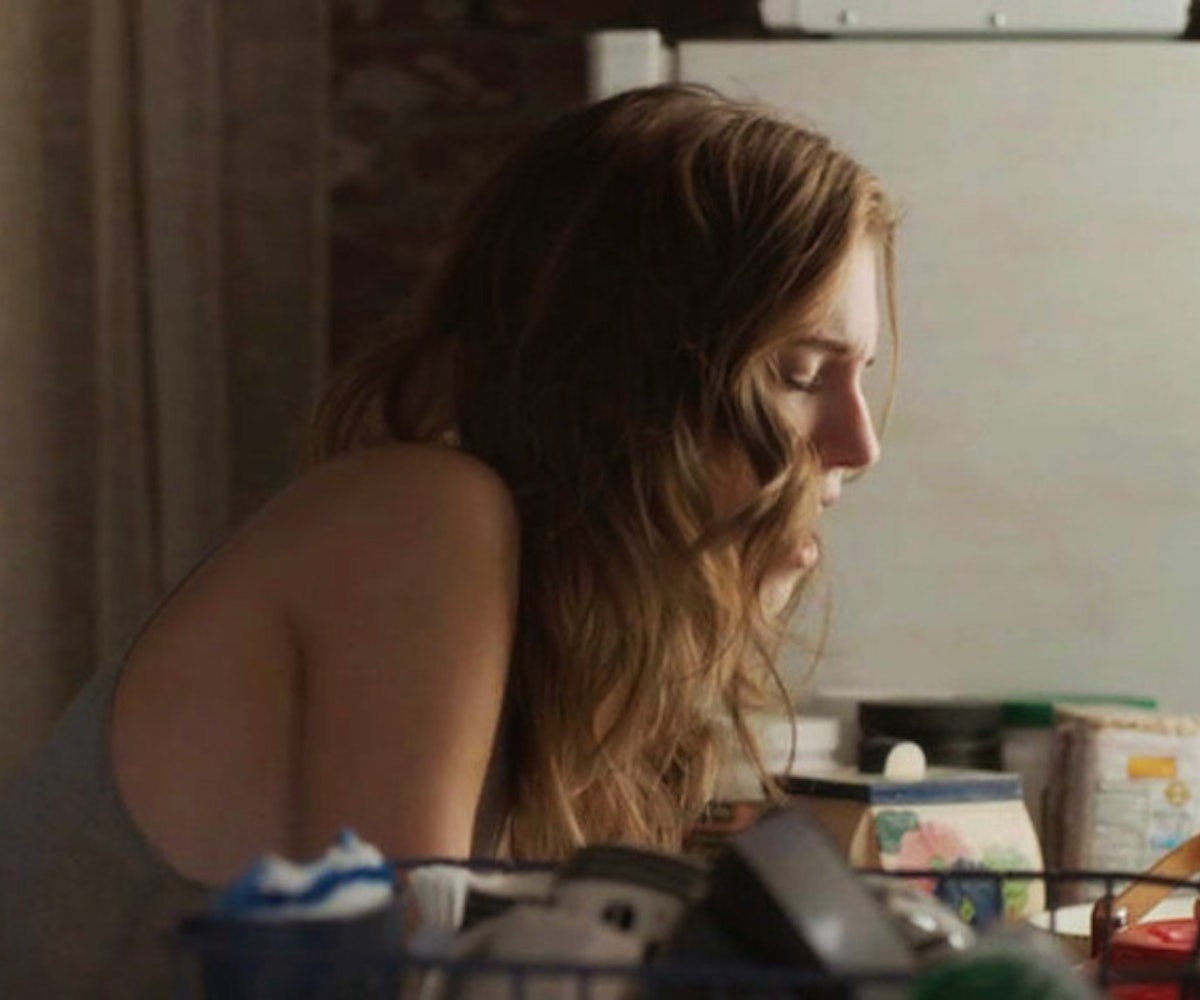 While Hollywood’s elite was gathered for the Golden Globes to toast their achievements in film and TV, HBO’s often-controversial show, Girls, was premiering their fourth season. Lena Dunham has never shied away from depicting bouts of awkward sexuality, but people were still shocked when Marnie–played by Allison Williams–hunkered over a kitchen sink and engaged in a little “ass motorboating” (her words, not ours). Dunham certainly wasn’t reinventing the sexual wheel, but the timing of the sex act paired with the glamour associated with an awards show seemed like the ultimate "eff you" to her critics. HBO has clearly given Dunham ample space to take risks on her show, so it begs the question: Was this sex scene even that shocking for a network whose calling card is “edge"? Let’s explore some of the most shocking scenes HBO has ever hit viewers with.

David Simon giveth, and David Simon taketh away. When watching The Wire, one was keenly aware that major and minor characters alike were one wrong turn down a dark alley from catching a bullet, or one political misstep away from committing career suicide. Life in Baltimore was prickly, but viewers weren’t quite ready when fan favorite, Omar Little, met his maker. What made his death particularly shocking was that it didn’t come from his entanglement with the Barksdales or Marlo’s people, but rather a foul-mouthed little kid named Kenard. Only in Baltimore does a pre-teen prey upon a shotgun-toting Robin Hood who sent seasoned corner boys scattering like roaches when the lights were turned on.

Episode: The Rains of Castamere

We shouldn’t be shocked when creators D.B. Weiss and David Benioff perfectly execute memorable sequences from George R.R. Martin’s series A Song of Ice and Fire, but the consequences still hit with a resounding thud on the heartstrings. In speaking about the events of The Red Wedding to a Comic Con panel–in which roughly half of the Stark family is killed—Weiss said, “I thought if we can do justice to the 'holy shit' of that moment and if people throw the remote control the way I threw my book, we would do something right. It was exciting and terrifying, and I didn’t know if we could pull it off." Pull it off they did: First pulling the wools over our eyes before gliding a dagger across Catelyn Stark’s neck.

The fact that David Milch’s Western Deadwood only aired for three seasons is a tragedy unto itself. But during its run, there was no shortage of grime and grit that made it feel like the viewer was transported to South Dakota and there was a real chance that they could step in horse shit before being stabbed in the back and fed to a pen of pigs. The fisticuffs in the middle of the town between Al Swearengen’s, Dan Dority, and George Hearst’s, Captain Turner, started with a man oiling himself up and ended with an eyeball being plucked out. This was not your normal, Hollywood-style fight scene. It was dirty. It felt real–as if the actors themselves were on the verge of keeling over and dying from exertion. While Boardwalk Empire’s fight between Eli and Knox is close, there is rarely this much “cause and effect”-style fighting on television.

Episode: “On All Fours”

HBO is not beholden to the FCC so it doesn’t have to reply or worry about indecency complaints specifically related to “sexual or excretory organs or activities.” To illustrate Adam’s newfound sexual appetite when dating someone other than Hannah, the rough sex he engages in culminated in a “money shot” on his girlfriend’s chest after a decidedly dark exchange that many thought depicted a rape. In a roundtable with The Hollywood Reporter, showrunner Jenni Konner remarked, “The biggest fight we've ever gotten in with HBO was about a cum shot, a money shot. They thought it was really gratuitous. They begged us not to do it. We said, ‘OK, fine.’ Then the next year, we had a story-motivated, emotional money shot, and they let us keep it. It really felt like we all grew together.”

Episode: “It Hurts Me Too”

Rough sex was taken to a whole new, twisted level (no pun intended) when Bill Compton engaged in a romp with his maker, Lorena, and physically turns her head 180 degrees so  that her chest faces the ceiling while her head dangles off the bed and she’s looking at the floor.  The morning after the episode aired, actress Mariana Klaveno (who played Lorena) spoke to The New York Post, saying, “I believe it was actually Alan [Ball]’s idea – and it was scripted quite matter of factly. It said, ‘Bill throws Lorena on the bed, they start having sex and he takes her head and starts to twist it around until it’s completely the other way.’ But while we were filming it, the scene became far more intense. We added the blood, which wasn’t in the script, and it became far more violent. More like a rape scene actually. Which of course makes it all the more disturbing when you hear Lorena’s line." She continued, "As soon as you think you’ve seen it all, we pull something else out of the hat.”

Director Tim Van Patten and writer Terrance Winter’s relationship and perchance for violence would be further solidified on their work with Boardwalk Empire, but their contribution to The Soprano’s zeitgeist might be most noted for a fit of brutality exacted by Tony. After Meadow Soprano faces some lewd comments from one of Phil Leotardo’s cronies, Coco, Tony’s thirst for personal revenge resulted in him knocking out Coco’s teeth by stomping his head into a stone step below a bar. As if that image alone wasn’t enough, Tony notices one of Coco’s teeth in the cuff of his pants while at a group session with A.J.'s psychiatrist.

Episode: “Under God’s Power, She Flourishes”

Flashbacks can often be the antithesis of drama, but in the case of a look back at Jimmy Darmody’s college years, it exposed something we knew lurked underneath the surface with his mother, Gillian, but that we didn’t necessarily thirst to find out definitively. After beating up a professor who had offended his mother’s honor, Gillian and Jimmy find themselves attempting to pilot a rocky course of incestuous beginnings. When they kiss, Gillian coos, “There's nothing wrong, baby. There's nothing wrong with any of it.”