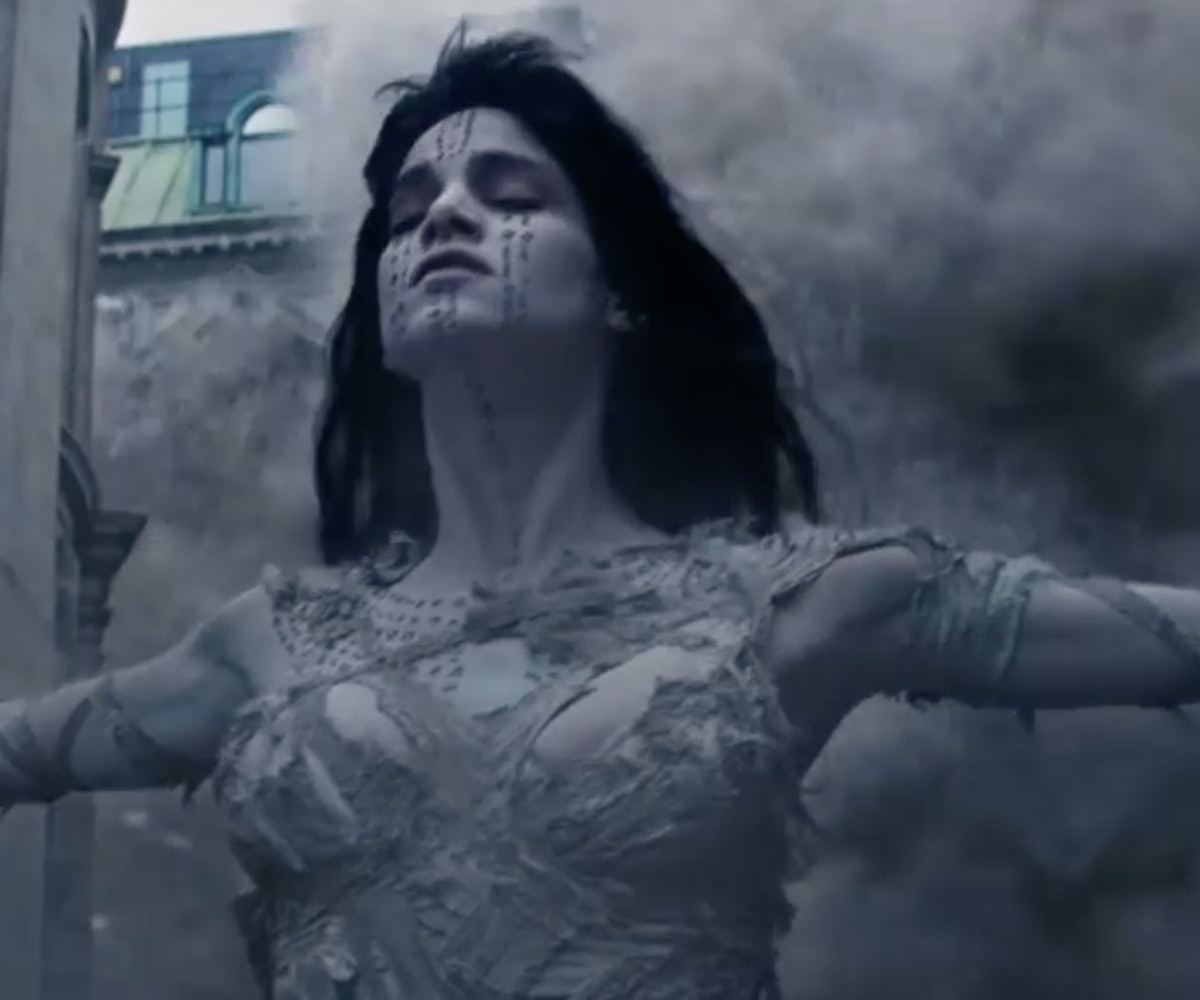 As with every other franchise from the late 90s and early 00s, horror/action classic The Mummy is getting a reboot. And while the stars of the original films, Brendan Fraser and Rachel Weisz, have decided not to cash in on that sweet, sweet nostalgia coin, we've been promised new heros in the upcoming movie worthy of our adulation. No, not Tom Cruise, who is set to play the protagonist; we'll be worshipping at the dusty altar of Sofia Boutella, who plays the titular undead royal. We've gotten teasers of the update before, but a new trailer dropped this weekend. Check it out, right here:

More specifically, Boutella is set to play Ahmanet, an ancient power-hungry princess corrupted by dark influences who has returned from the dead to wreak havoc on humankind. Cruise will play Nick Morton, the plucky hero, and Annabelle Wallis will play his sidekick. The trailer leans heavily on CGI and the haunting rework of a classic popular song trend, this time offering an epic, slightly Middle-Eastern sounding version of "Paint It Black" by The Rolling Stones. Cruise may be the main character, but the silent Boutella, who is serving some serious Aaliyah in Queen of the Damned vibes, is clearly the star.

The Mummy reboot will be directed by Alex Kurtzman, who has a handful of adventure movies on his resume, including co-writing credits for The Legend of Zorro, Watchmen, and Ender's Game. It is set to debut in theaters on June 9.

NEXT UP
Culture
The Madonna Biopic Is Being Scrapped
Culture
Kaia Gerber Won’t Stop Until She’s Cast As Patti Smith In A Biopic
Culture
The 2023 Oscar Nominations Full List Is Here
Entertainment
Taylor Swift Sparkled In Midnight Blue On The 2023 Grammys Red Carpet
Style + Culture, delivered straight to your inbox.