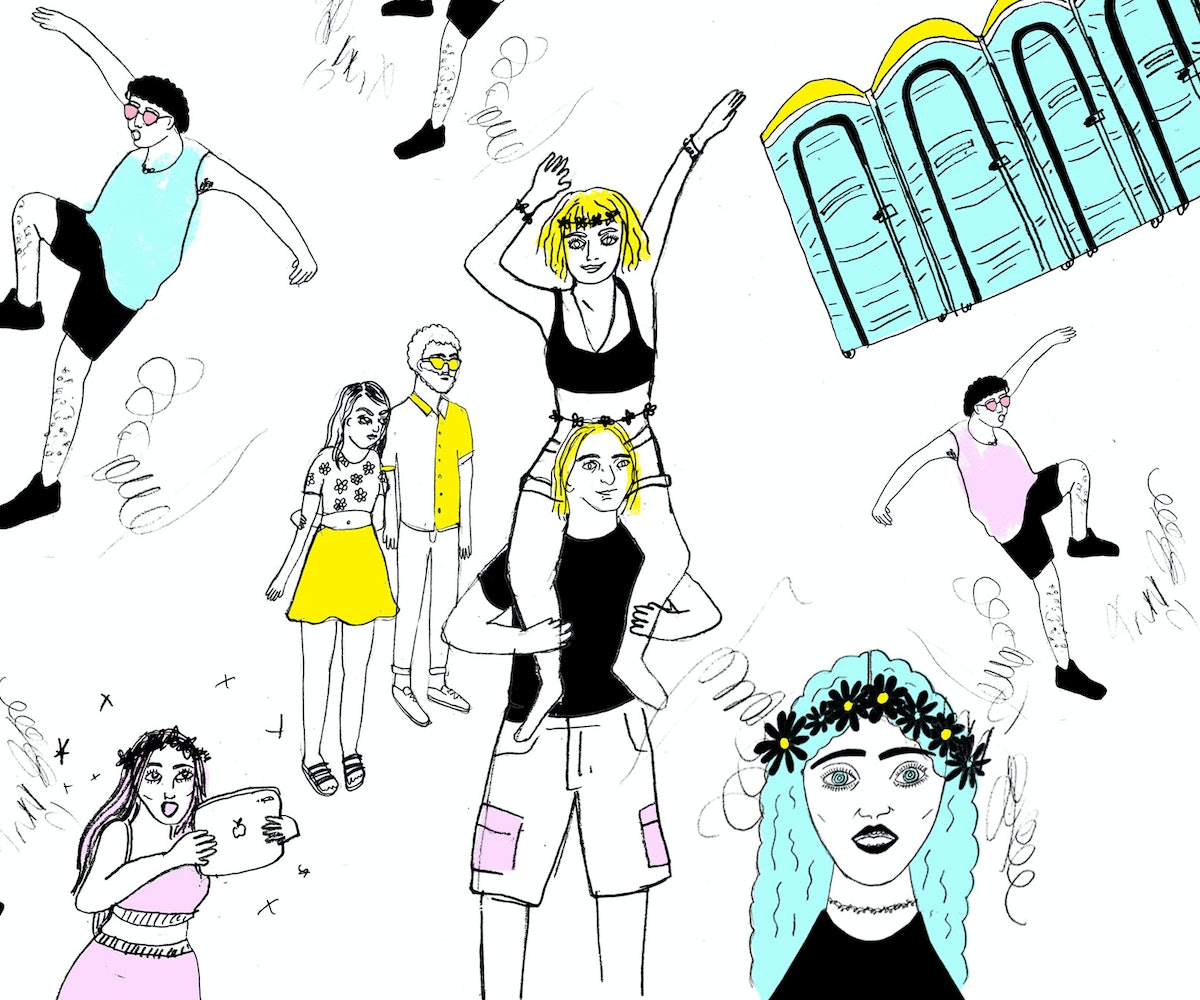 So you're going to a music festival, huh? Good for you! It's going to be amazing. With all the sights, sounds, food, platonic camaraderie, and street style… it's like a whole new world. Utopia on earth: a place where you, the music, and your fellow festivalgoers become one, joined in a mutual respect for life, love, and the pursuit of happiness. That's what all those Instagrams and fashion roundups make it out to be, at least. How could things possibly be bad underneath balloon awnings and a giant geodesic sculptures? Instagram does not lie.

Wrong. Instagram does lie and reality bites. Some people just want to watch the world burn and some of those people go to music festivals. What's worse, some of those people don't even realize they're killing vibes left and right. They're YOLO'ing while others around them are No, no'ing. Don't be like those people. Don't be the killer of vibes. Instead, heed the following five pieces of advice and, perhaps, commit to memory the four ideals of PLUR: peace, love, unity, and respect. Now, go! Spread your wings and discover, not only some new artists but yourself.

Do Not Sit On Someone’s Shoulders Or Bring Massive Signs

Most likely, you and everyone around you paid a hefty chunk of change to attend whatever festival you’re at. Do not be that person who blocks the view of everyone behind you because you wanted to catch the vibes above the crowd. Unless you’re waving a flag at Glastonbury or some Major Lazer show, leave the signs for some other event. (Or just leave them behind.) Sure, it looks cool in photographs but, like the previous slide, respect those who would otherwise be looking at the back of your levitating body. PLUR!

Do Not Cut The Bathroom Line

Rule number one of all music festivals is to hydrate. With water. Of course, you may consume other drinks, but water should be your go-to. And since you are human, you will inevitably have to go to the bathroom. Since everyone else around you is human, they will, too. Rather than anger everyone by cutting the line, engage with them to pass the time. You already have two things in common: you’re at the festival and you have to go to the bathroom. Go from there. Again, PLUR!

Be Conscious Of What You're Doing/Taking

Look, we don’t endorse the taking of illegal substances, but we’re also not unaware that these things are commonplace at music festivals. Be smart about what you do. Know what it is you’re doing and where it came from. It’s important you have a support system around you, as well. And, above all else, drink water; drink it before, during, and after. Hell, maybe even down a Gatorade. You’ll feel better the next day.

Don't Film Or Take Photos On Your iPad

This could have been listed alongside the sitting on shoulders/signage no-nos, but this iPad usage is a whole new offense. For one, why do you have an iPad at a music festival? Do you plan on reading or catching up on some emails? How do you even have service? There’s hardly any Wi–Fi, and you’d be hard-pressed to find someone who has a service plan for the tablet. On top of that, holding up your iPad and taking a video or photo is almost worse than holding up a sign. A sign is forgivable and, honestly, tearable. An iPad? Not so much. Leave the iPad at home, where it is safe.