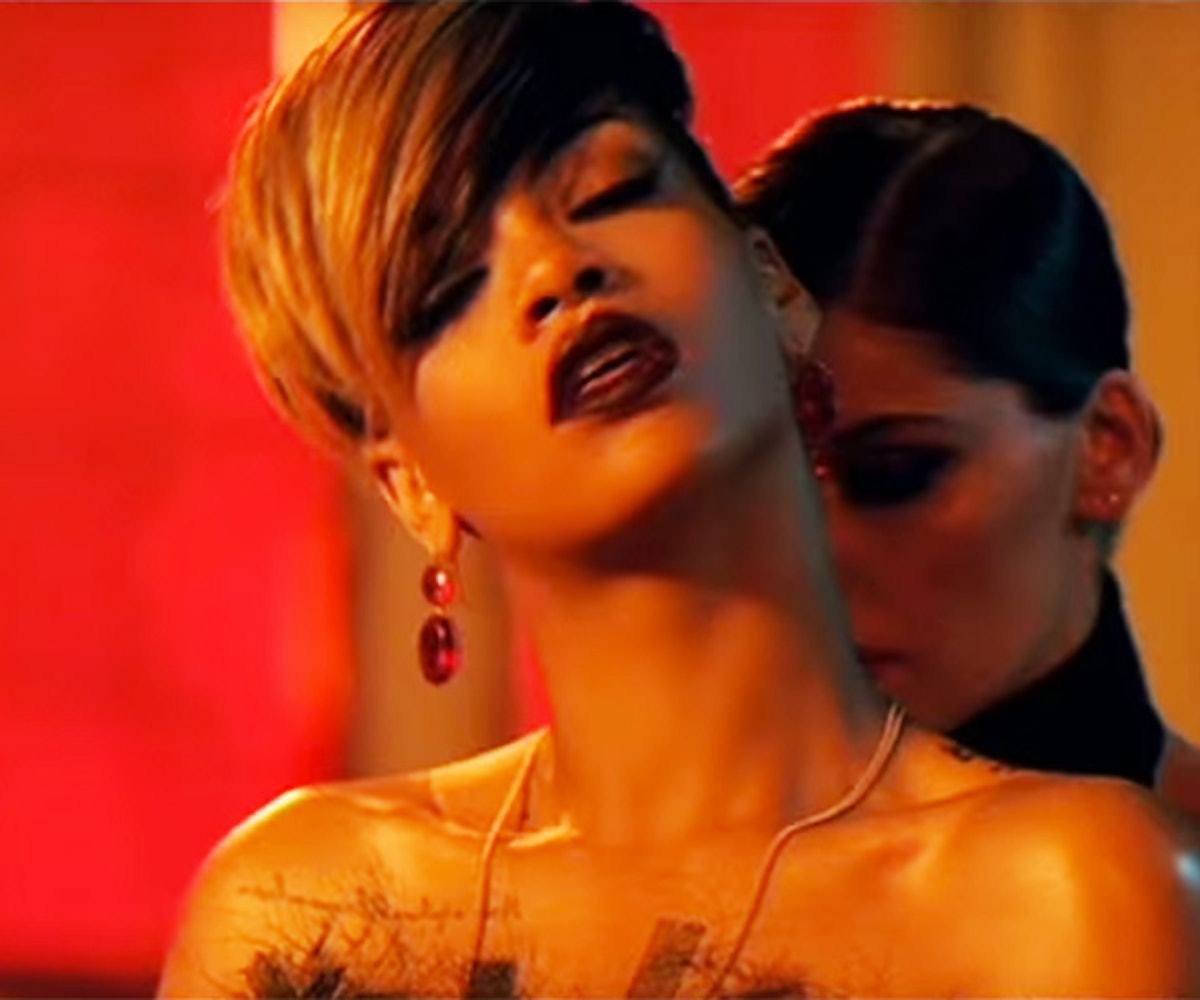 Sex on screen is not like sex in real life. We know this to be true. It’s often less exciting, way faster, and doesn’t involve half the orchestration and gimmicks that screen sex has. Hollywood’s treatment of the deed is, at times, ridiculous. (Have you ever tried having sex in a shower? It’s not fun. And who, honestly, takes an entire sheet off the bed and saunters around in their afterglow? Who?) Music video sex isn’t innocent in this either—c'mon, all that lip-syncing would never fly in the bedroom. Certain videos portray such wild sexcapades that make you think these sort of lustful actions are right. But you could be wrong. Some are dripping in more lies than they are with peaches and cream. Here are five of them.

This highly underrated Rihanna video makes it seem like it’s okay to writhe around and bat some eff-me-now eyes for what looks like an entire weekend as some sort of foreplay. It’s not. You can do that sort of flirtation for, like, 20 minutes, but the window for boning is slim. The longer you foreplay, the less likely you’ll actually play.

When have you ever boinked your neighbor across the street who sometimes watches you? When? And on top of that, when has chopping tomatoes and onions been sexy? Am I missing something here? Also, it’s probably not okay to begin sex while bent over a kitchen counter, holding a knife. That’s dangerous.

Why movies and music videos love showing sex on the beach is beyond us. It’s rough—not in that way—and uncomfortable. There are some places sand should never go, and you’re at high risk of finding out where when you engage in literal coastline coitus.