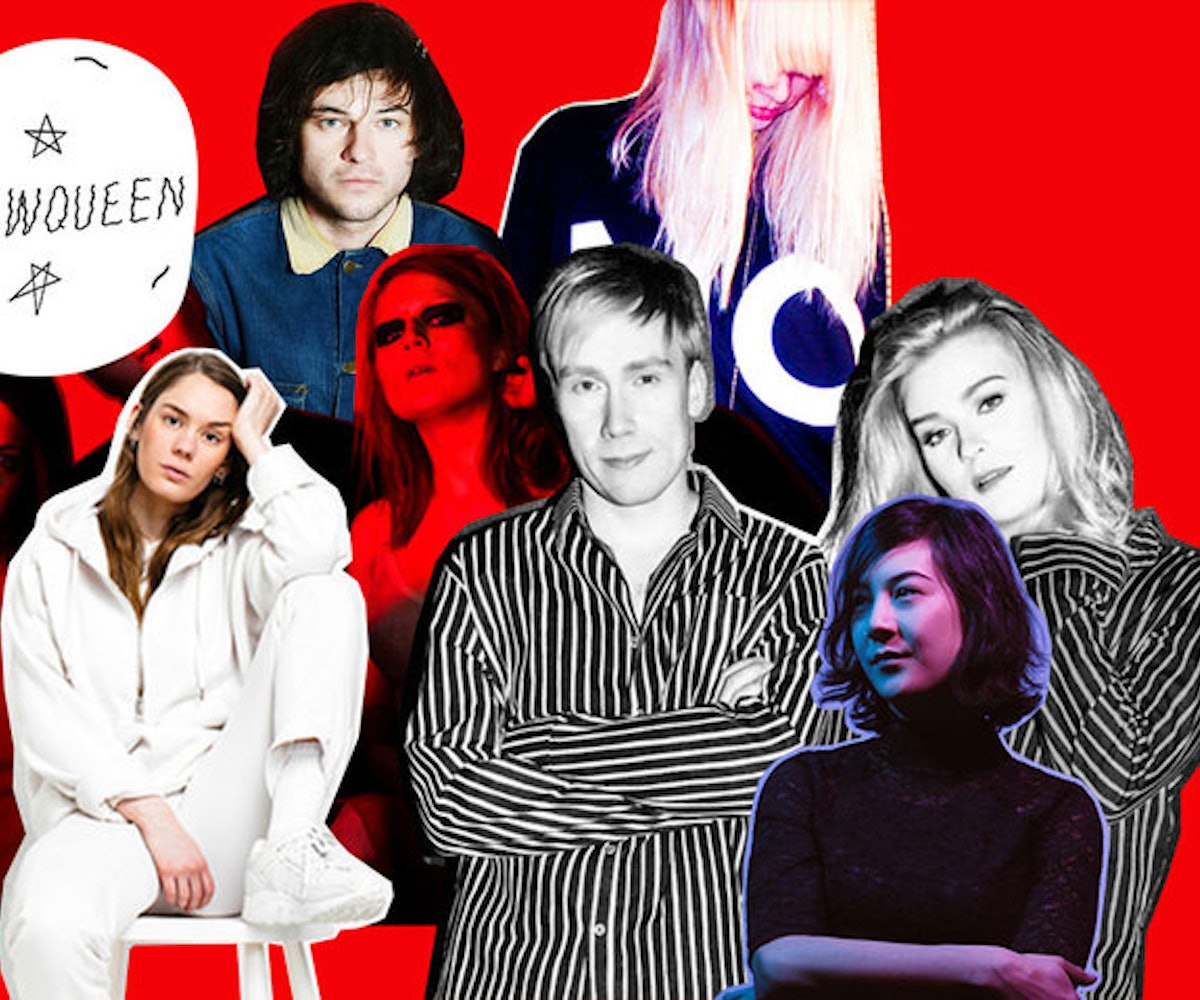 As a kid, we’re told Halloween is ground zero for self-invention, and that with the help of some brightly colored hairspray, cheap party makeup, and a handful of Snickers bars, we can finally become the person (or, in the case of 12-year-old me, the ill-conceived hippy) we’ve always wanted to be. But does it really happen that way?

From sartorial style wins (we’re looking at you Anna “Bedsheet” of the North) and surprising twists on classic Halloween themes (here’s to every young girl who didn’t get the sexy memo) to couples costumes that skirt “cutesy” cliché, here’s how 13 of our favorite musicians created their most memorable Halloween costumes.

We had a festival on Halloween in an industrial place right outside of Reykjavík. We hosted this crazy art festival. I covered my hair with sheep’s blood, which is really cheap to buy in stores in Reykjavík. That was my costume. In Iceland, it’s very expensive to buy fake blood. We used real blood in our music videos, too, because it was easier.

I was 13. It’s a transformative year for a lot of people. They start talking to boys and get more concerned about hairdos and being normal and fitting in. I didn’t get that memo. I dyed my hair bright green. I painted my face bright red. I specifically requested to have bright green braces. I showed up at my friend’s house because we were going to a party. Both of them were dressed like Tinkerbell, and I went to the party as a radish—not knowing it was the year we were supposed to dress cute. I think I won in the long run.

I wore a NASA spaceman suit. It was for a party. I played a DJ set under the name DJ Spaceman. I sweated like a pig in that costume and raved like a madman.

Jenn Wasner of Flock of Dimes and Wye Oak

I’ve lived in Norway my whole life, but both my parents are American. For me, Halloween was always this really big deal. It’s something my family always celebrated. We were strange in Norway. I love Halloween. I love dressing up. I love parties. I love everything scary. I would almost always show up to school in a costume, even if nobody else would. I would try to do it subtly. One year in high school I was Wednesday Addams. Nobody really got it. But it made me feel good about myself. I know it’s Halloween, so I’m going to go for it.

Nandi Rose Plunkett of Half Waif

One year I wanted to do a couple's costume but didn't want to make it too cutesy. So my partner at the time and I dressed up as a deer and headlights. This was especially appropriate for me because, as a girl who's lived in the woods most of her life, I've always felt that my spirit animal is a deer; I often look wide-eyed and vulnerable but watch out for my antlers.

My favorite costume is a sound guy. I wear fingerless gloves and cargo shorts. They always wear stoner metal band shirts like Sleep. I’ll be in character all night.

I dressed up like an old man when I was 14. My friend and I didn’t get the sexy memo. I put a pillow under one of my dad’s dress shirts and wore one of those pageboy hats. Looking back at pictures of that, I am pretty proud of myself. That was a good costume.

Anna Lotterud of Anna of the North

The only time I dressed for Halloween, I dressed like a bed sheet. I was so pale. I wrapped it around me. I looked like a nun. I didn’t even think about being a ghost! It was the Ikea of Halloween costumes. Always simple, always clean.

Bebban Stenborg of Shout Out Louds

I was invited to this guy’s Halloween party that I didn’t know very well. The theme was “Your Worst Nightmare.” I took it seriously because I’m really afraid of a zombie apocalypse. I made a gas mask from old tins. I put all these strings and tied things to me. The party, it was fashion people. Their nightmares were all like, one eye with a fake eyelash. It was all fashion! There was me and a girl who came with a horse head, who were the two idiots. That’s the only time I dressed up for Halloween.

I rented a gorilla costume once. It was so powerful to turn up at this party and no one knew it was me. After a half hour, I decided not to take the top bit off. It was great. It was the weirdest thing to be incognito in the most absurd, hairy costume ever. It was a great experience, I’d like to do it again, actually. I recommend it. If you don’t say anything, you start fucking with everyone. The whole thing got really mysterious for a little while.

We don’t really celebrate Halloween in Norway. I think I’m a little bit of a traditionalist, so I stay away from the parties. But if I was going to dress up for Halloween, I think it’s really fun when girls dress up ugly. I want to dress up like the clown from It.