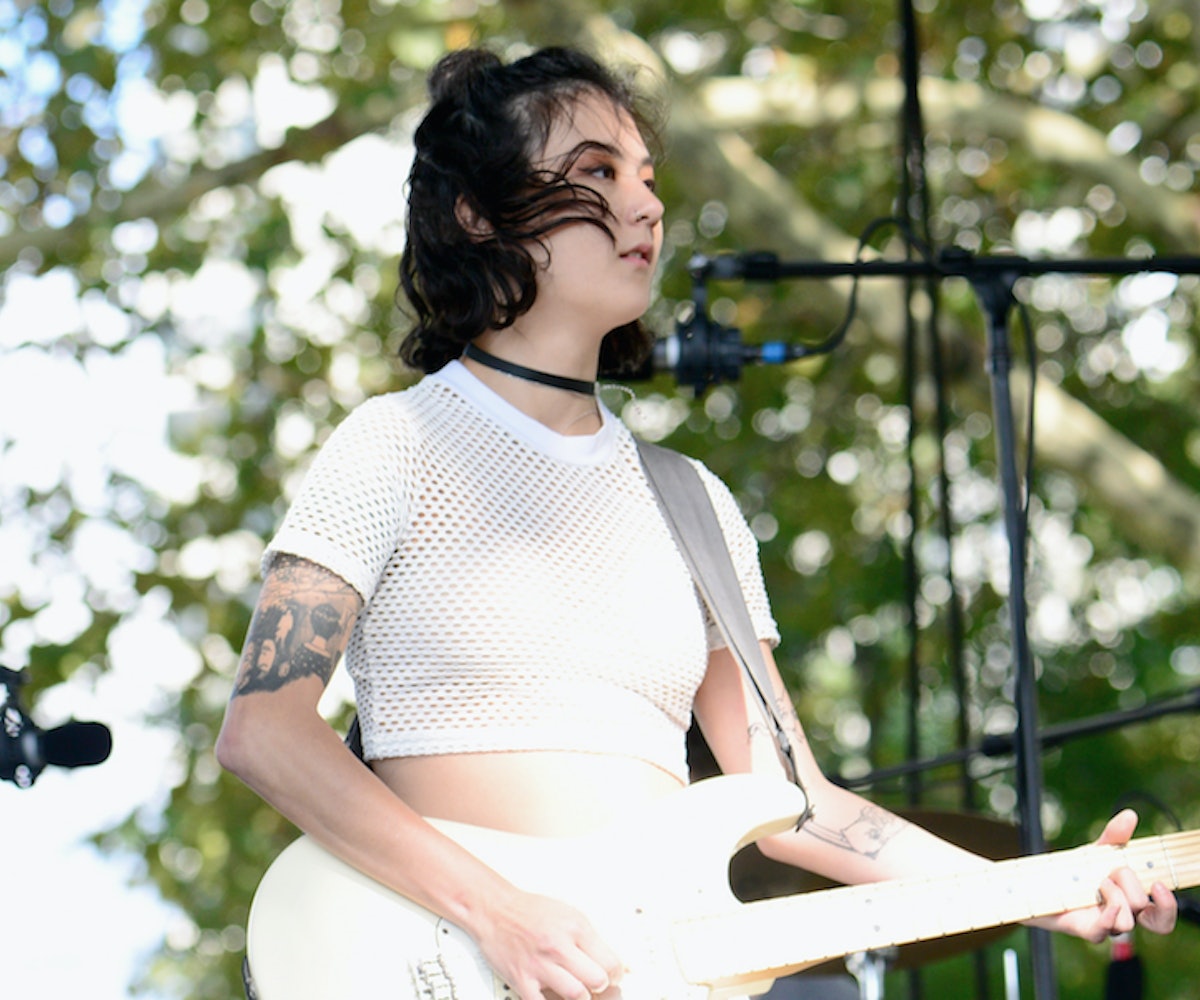 Japanese Breakfast's Michelle Zauner, Montreal trio Braids, and various other artists are speaking out against the sexist language used to describe a musical product made by TC Electronics. The product in question is a guitar pedal that was made in collaboration with Satchel, the guitarist for comedy metal band Steel Panther (who Stereogum notes have songs titled “Gloryhole,” “Fat Girl,” and “It Won’t Suck Itself”).

“When we met up with Steel Panther’s oh-so-humble guitarist, he had only one condition: that the tone is as wet as the ladies on the front row," reads the product's description online. “With ‘Pussy Melter’ that’s exactly what you’re going to get: a delay tone, which perfectly nails that heavy metal lead tone, whilst simultaneously ensuring that the janitor aint going home early! So if glam rock guitars and wet floor signs are your idea of a good time, then ‘Pussy Melter’ for Flashback Delay is definitely the tone print for you!” Naturally, this didn't go over well with a lot of people.

"What f*****g year is this? Pls sign my friend's petition to EDIT/REMOVE @tcelectronic disgusting write up for their “pussy melter” guitar effect pedal," wrote Braids frontwoman Raphaelle Standell-Preston, referring to the petition started by guitarist Jessica Fennelly. "As a female guitarist and just a female in general this makes me super disappointed!"

"Ew, what the f**k," added musician Emily Reo. "I thought making pedals that break all the time was bad enough."

Zauner also chimed in, stating that the description was "f*****g disgusting."

Fennelly's petition, at the time of this story's publication, has over 650 signatures and wants to reach a goal of 1,000. The pedal is currently unavailable on the site. It's unclear whether or not the petition or backlash had anything to do with it.