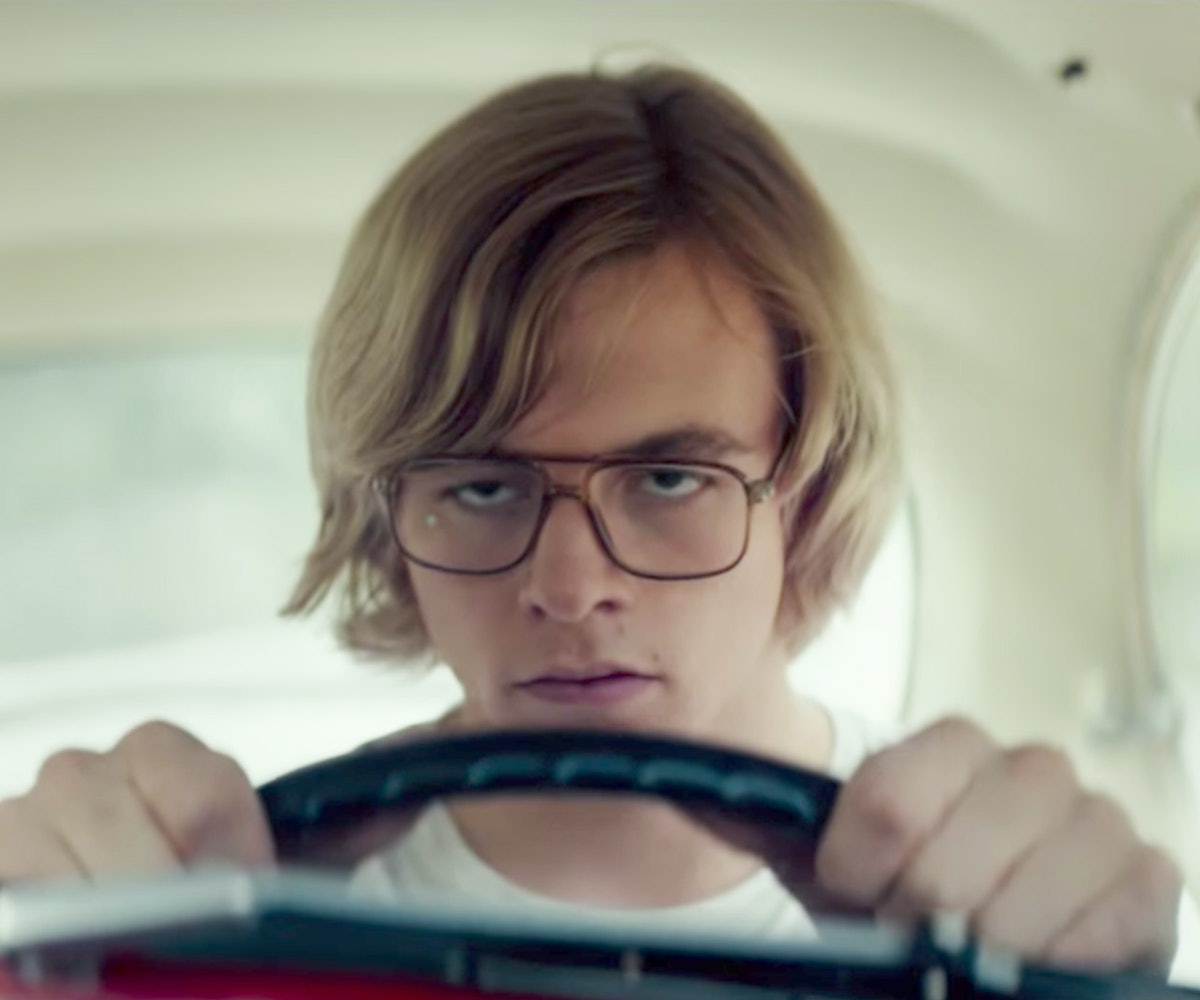 The first trailer for My Friend Dahmer is just as disturbing as you'd think it'd be. (Very!) This is, after all, a film in which Ross Lynch plays a young Jeffrey Dahmer, the serial killer who murdered seventeen men and boys between 1978 and 1991.

Based on the 2012 graphic novel by Derf Backderf, the film tells the true story of Backderf and Dahmer's friendship in high school. Backderf grew up with and attended classes with Dahmer at Revere High School in Richfield, Ohio, long before Dahmer went on his killing spree. Backderf is portrayed by Alex Wolff in the movie.

In the trailer, we see Dahmer as an outsider, an "odd" teenager who can't seem to make friends. A sad-eyed Lynch wears Dahmer's signature creepy glasses and goes through the motions of his everyday life. Kids at school bully him, his parents fight because his dad is absent from their lives. Dahmer shouts unintelligible things in the halls at school, spends most of his time in his basement, and has a strange fascination with animal bones. This isn't going to end well.

Watch the chilling trailer for My Friend Dahmer below.

NEXT UP
Culture
Phoebe Dynevor Will Not Return for Bridgerton Season 3
Entertainment
Ebony Riley's "Deuce Deuce" & 9 Other New Songs Out This Week
Fashion
Bottega Veneta Just Dropped The Next It Bag For Spring
Culture
An Ode To Stripperweb, The Beloved Sex Worker Forum
Style + Culture, delivered straight to your inbox.