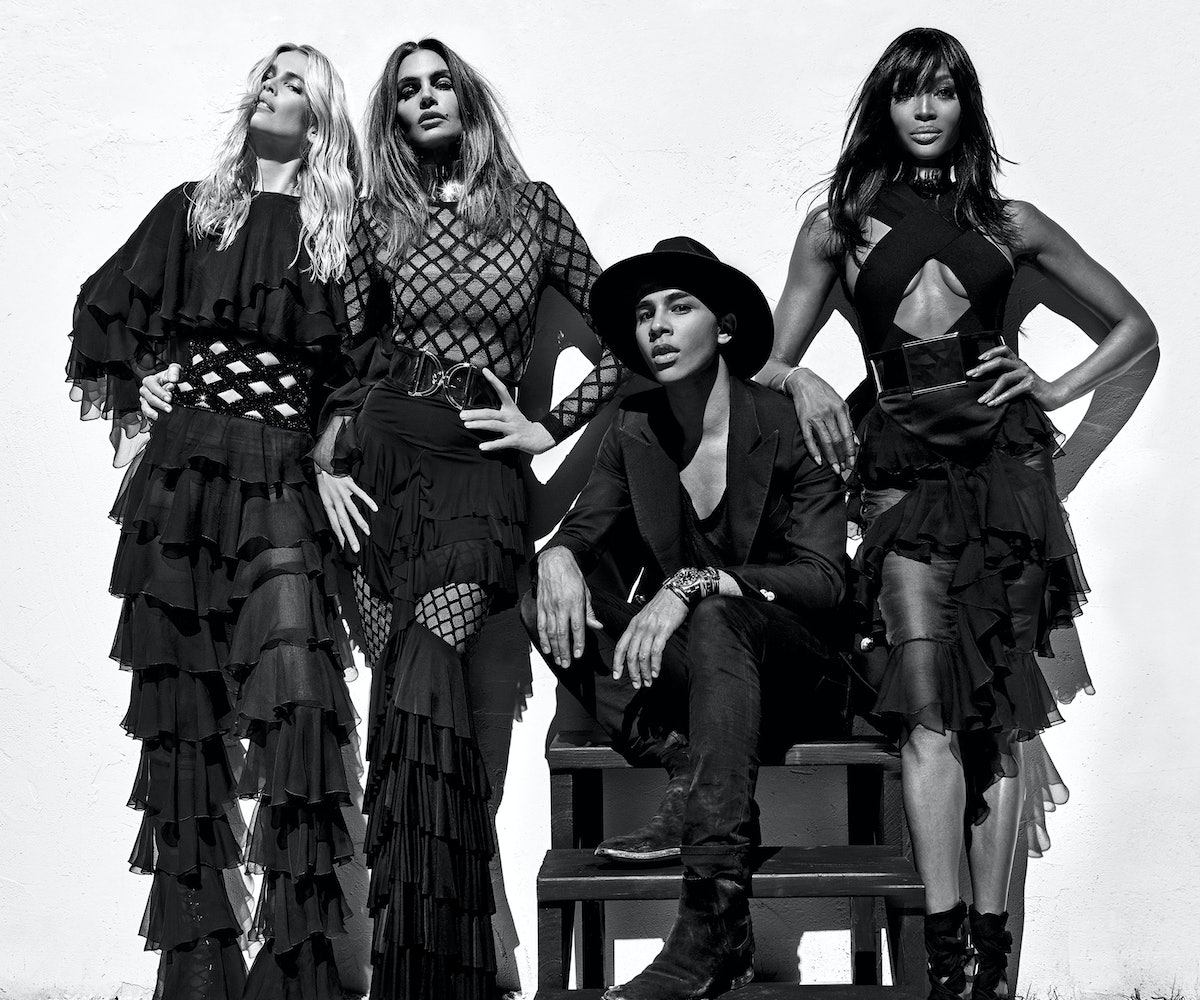 These days, becoming a member of the Balmain Army is like a rite of passage in the modeling world. And it's not something that anyone can just sign up for—the brand has to want you. When the Balmain x H&M collection launched, we weren't surprised to see the latest it-girls like Gigi Hadid, Kendall Jenner, Jourdan Dunn, Bella Hadid, and Karlie Kloss on the runway. After all, the house attracts a younger demographic, so being represented by social influencers in the industry was a smart move. But for spring 2016, Olivier Rousteing aimed for bigger stars. This time around, he called for fashion's legends and icons: '90s supermodels Naomi Campbell, Cindy Crawford, and Claudia Schiffer.

Peep some of the campaign photos shot by Steven Klein, below.