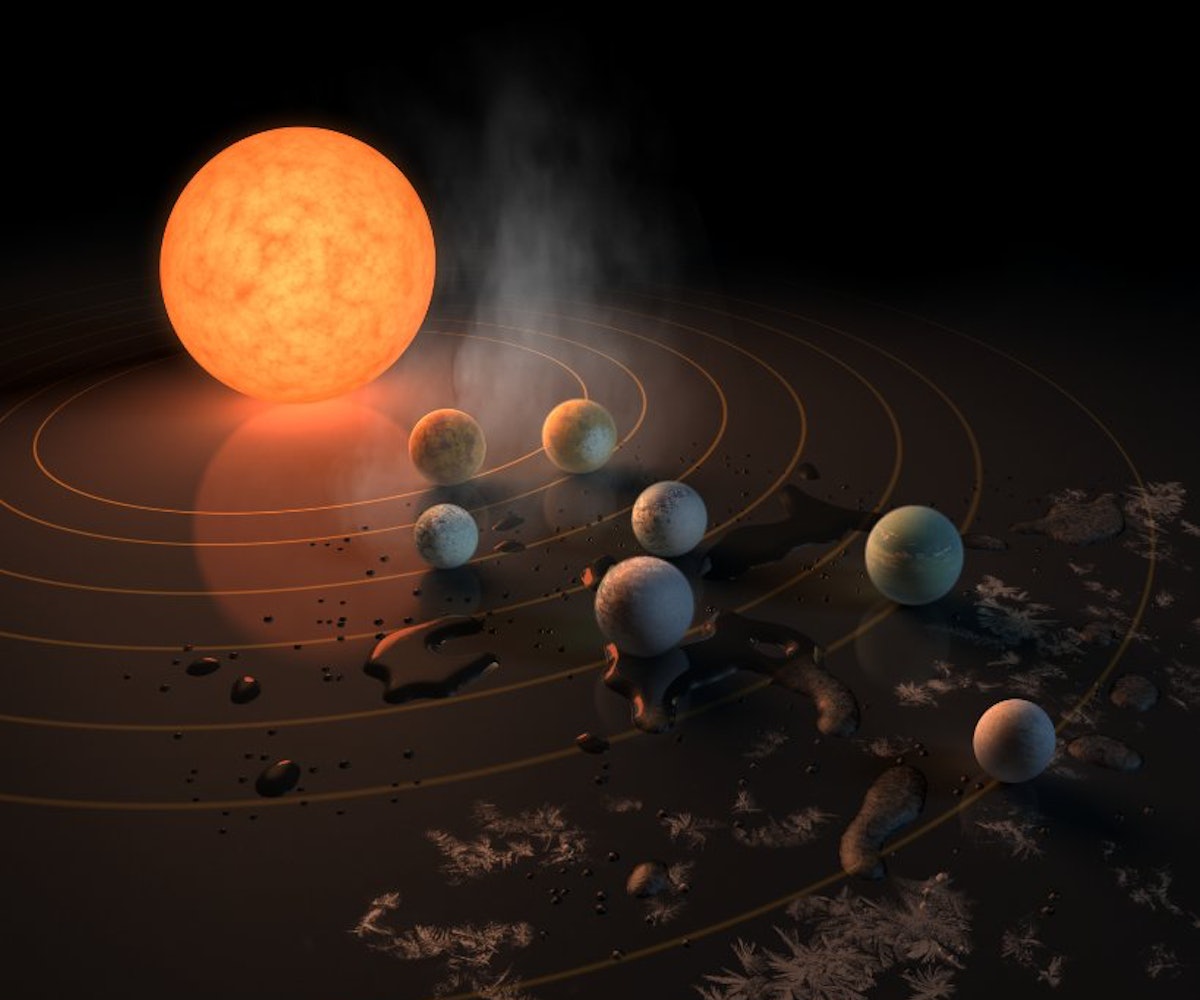 Since the election, Americans have been scheming for ways out of the country. Well, a chance to get away just arrived, if you’re down to travel to space. Personally, we’re always down for a good ol’ intergalactic adventure.

Today, NASA announced that the organization has found seven Earth-size planets revolving around a single star. Amongst the Trappist-1 planets, which is what scientists named the system, all could have liquid water on them, and three are in habitable zones. “This discovery could be a significant piece in the puzzle of finding habitable environments, places that are conducive to life,” said Thomas Zurbuchen, associate administrator of the Science Mission Directorate in Washington. “Answering the question ‘are we alone’ is a top science priority and finding so many planets like these for the first time in the habitable zone is a remarkable step forward toward that goal.”

The exoplanets are located more than 39 light years away and, if you were to travel at the speed of light, you could arrive there in 40 years. So, totally doable! Which leaves us forlorn Americans with the question: Are there vacancies?