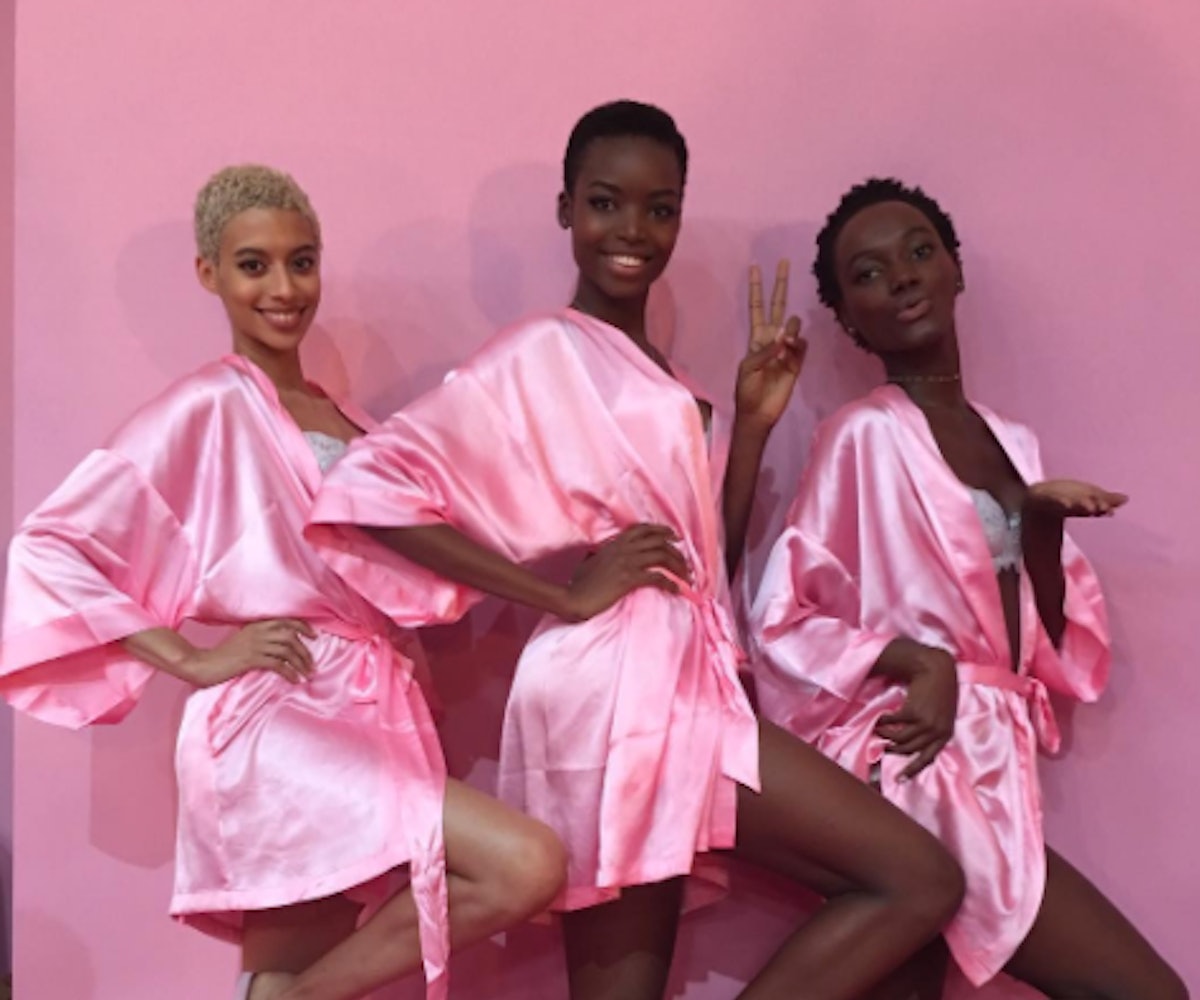 This year’s Victoria’s Secret Fashion Show may have been the most diverse yet. Jasmine Tookes—who is parts African, Brazilian, and West Indian—wore the honorary fantasy bra (which cost a whooping $3 million), becoming the third woman of color to do so. The show also included a record four Chinese models (Ming Xi, Sui He, Xiao Wen Ju, and Liu Wen) who walked the runway.

The diversity extended to the hair as well. When Victoria’s Secret comes to mind, images of gorgeous women with bombshell waves more than likely pop up. Last year, Maria Borges broke the status quo and became the first model to walk the runway with her natural hair and in a TWA (teeny-weeny afro). This year, other models followed in Borges footsteps, much to the pleasure of anyone whose hair veers from the long and straight crowd.

Jourdana Phillips rocked a short blonde cut. Herieth Paul pulled a Borges and brought out her TWA for her Victoria’s Secret debut. While Alanna Arrington skipped the straightener and opted to flaunt her looser, shoulder-length curls. Lead hairstylist Sarah Potempa told Refinery29 before the show that she wanted to celebrate individuality.

We want to embrace everyone's natural beauty… Some women with shorter hair, maybe a lob, will walk with that hair...and if someone has short hair on the side or a tight haircut, we're not gonna put [on] a wig or extensions. We’re gonna embrace it. There are 51 women and we’re gonna make them feel their most beautiful.

If this is what the future of the VS Angels looks like, well, it’s certainly starting to reflect a more realistic version of the world we live in. And we are 100 percent here for it.