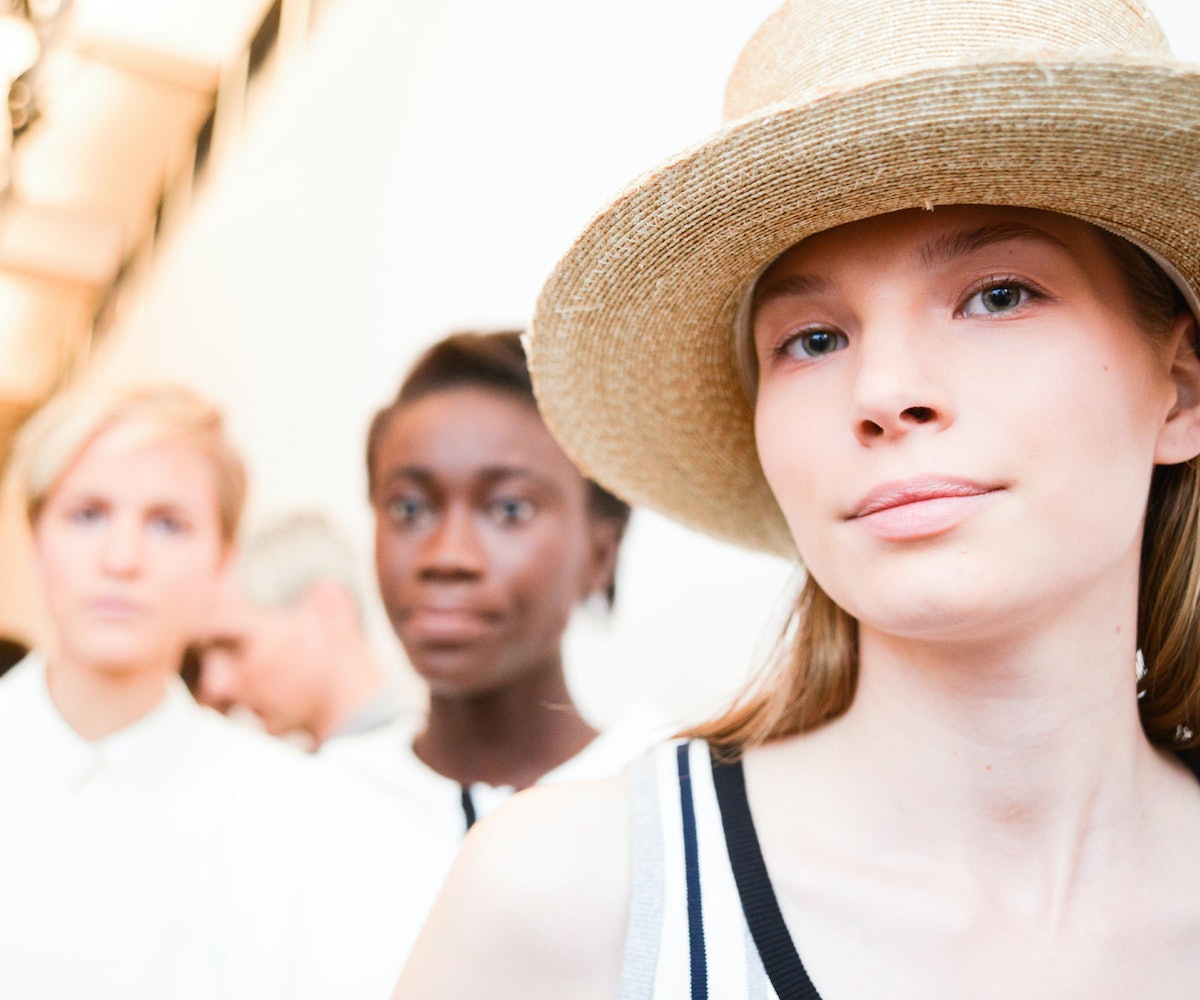 For low-maintenance girls it sounds like a dream come true, right? Well, hate to burst your bubble but there is actually quite a bit of work that goes into, say, the models at Suno looking as impeccably natural as they did. Because there's a big difference between rolling out of bed and into work, and rolling out of bed and doing a quick five-minute face before you head to work. Splotchy skin gets evened out, hair gets smoothed, eyes get just the smallest bit of definition, and nails look clean enough that you could have a meeting with your boss and not feel like you had to sit on your hands.

The good news is that backstage we learned tons of quick-fix ways to look like an enhanced version of your roll-out-of-bed self in just a few minutes. Click through the gallery for their tips.

For the nude nails at Derek Lam, Jin Soon Choi used two layers of polish--Nostalgia and Tulle, both by JinSoon.

To got an all-natural glow at Houghton, the makeup team used MAC's Strobe Cream on all of the "planes" (think cheekbones, forehead, nose, and chin).

Want not-too-messy hair? At Timo Weiland, stylists sprayed hair from root to ends with L'Oreal Prfoessionnel Volumetry Root Spray and True Grip, then twisted it into a bun; once it dries just rake your fingers through it and go.

At Thakoon, Odile Gilbert prepped hair with Kerastase's Powder Bluff and then used an elastic band to give hair a natural bend--snip it before you head out for a similar shape.

James Kaliardos used only MAC's BB cream on the model's skin at Theyskens' Theory for a glow-y but bare face.

The goal at Rag & Bone was wearable hair--make like Guido Palau and slick the top part of center-parted strands with Redken Forceful 23, then run Redken Satinwear 02 to the lower half, letting it all air-dry for controlled texture.

For that perfect nude lip, try Nars' Tashkent Pure Matte Lipstick, which was used on models at Tanya Taylor.

At Richard Chai, James Kaliardos just applied mascara to the base of the upper lashes so that models had defined lash lines without looking as if they're wearing makeup.