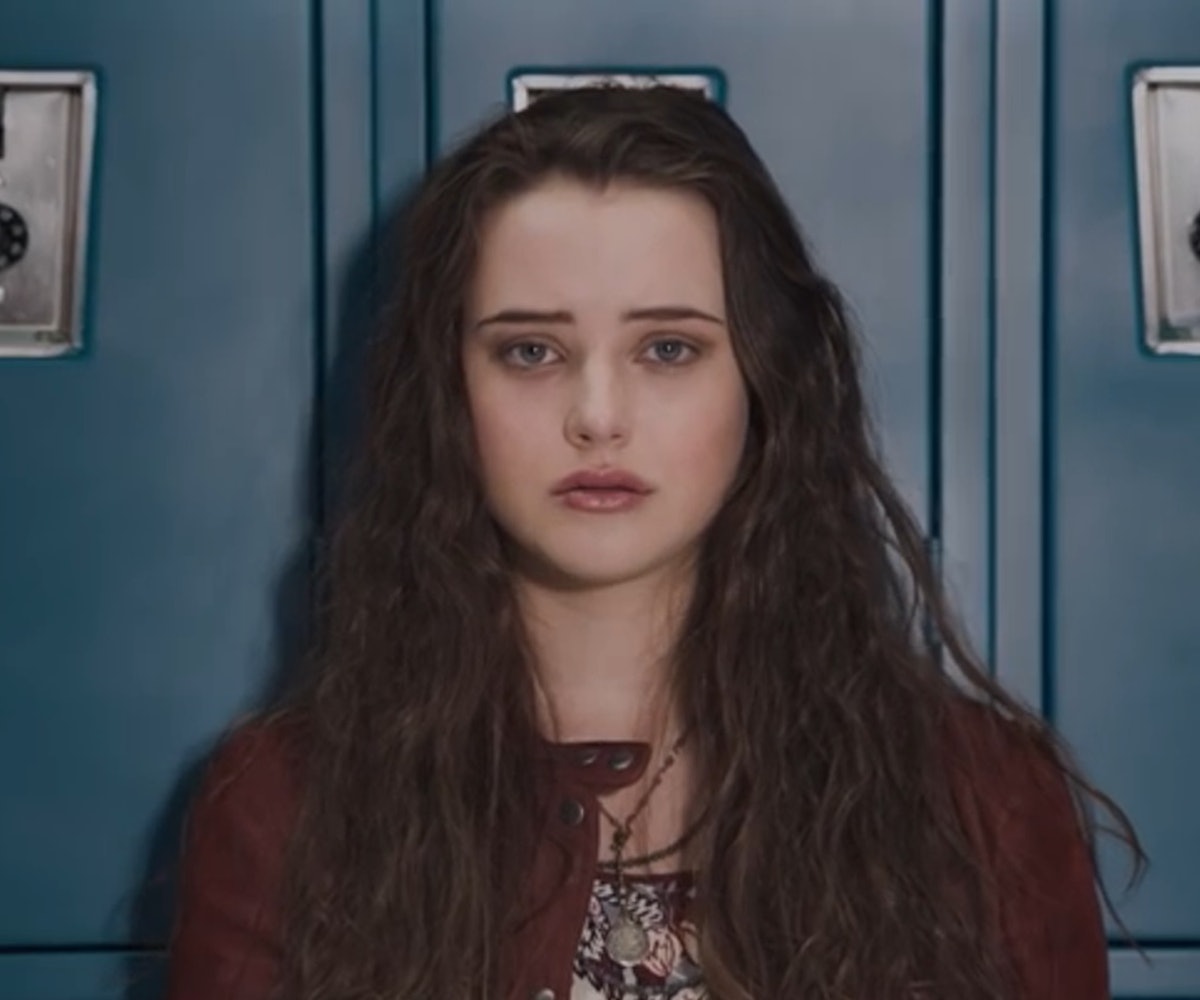 Warning: This post contains spoilers for the first episode of 13 Reasons Why

One of the most important things to know about 13 Reasons Why is that our heroine, Hannah Baker, is dead. In fact, within the first few minutes of this new Netflix series, which premieres today and is based on the 2007 novel by Jay Asher, we’re told that Hannah killed herself. And before doing it, she recorded a set of tapes meant to explain and point to the reasons, well, why.

This would be a compelling and heartbreaking story in and of itself. Watching the young Clay Jensen—Hannah’s friend—reconcile her death while trying to piece together the details of her final months would be more than enough to anchor the series’ themes of grief, social currencies, and the disconnect between adults and teens. But what makes 13 Reasons Why so special isn’t its tapestry of sorrow; it’s the way we learn about Hannah, away from Clay Jensen’s aching gaze.

Hannah Baker is not a Manic Pixie Dream Girl. Her purpose is not to float into town and make everyone around her pine. She is not the idea of a young woman—she is a young woman—and she is complicated, as all young women should and tend to be. And while Clay mistakenly sees her as the larger-than-life, rule-breaking, fast-talking girl of his dreams, the show is quick to establish that Hannah was always much more than that. By listening to her tapes, Clay realizes that the realities of her life looked much differently outside the gaze he saw her through. And that’s a unique way to approach teen drama.

Whether through shows like The OC or movies like Almost Famous, the MPDG trope has become a fast way for a young male character to tell the audience about himself. Through his unrequited love, we discover that characters like Seth Cohen and William Miller are sad, confused, and misunderstood—until they’re less so, thanks to the help of the young women they fall for. It’s boring and it’s overdone, and when Clay’s feelings for Hannah became obvious, it was anxiety-inducing. Not just because she clearly wasn’t interested, but because Hannah deserved more than to be an accessory to somebody else. Teen dramas, in general, deserve more.

And we know this because we’ve been getting more. Riverdale, hugely anchored in teen culture, created characters with depth and complexity who confront problems ranging from homelessness to incarcerated parents to, uh, stage fright. (Ladies and gentlemen, Archie Andrews.) Pretty Little Liars has been rich in its tragedy and sensationalism for several seasons, and Degrassi: Next Class has proudly carried the torch of embracing uncomfortable topics in a way that allows for discourse around them. So to secure relevance, 13 Reasons Why had no choice but to reflect the evolution of teen-centric dramas. Especially since so much of its story revolves around what we misunderstand about teens.

In the pilot, we learn that after her first kiss, Hannah’s narrative is hijacked: her crush’s trigger-happy friends share photos that lead to school-wide slut-shaming and social ostracizing, leaving Hannah to reconcile who her true friends are. But worse, as it’s happening, the adults around her are clueless. A teacher calmly asks her class to put away their phones as Hannah’s picture shows up on them. The night before, Hannah’s well-meaning mom tries to intercept a phone call but is easily duped. Several times, Clay’s mother attempts to reach out to him but is thwarted thanks to his ability to conceal plans via text messages. Technology, we learn, is its own beast, navigated and used in a way that some of us can’t understand as adults. And while this could be 13 Reasons Why’s biggest lesson, it’s only a footnote to a bigger theme: The microcosm of high school can be dark and dangerous and life-ruining, but, even in the midst of it, you still have to hand in your geometry homework.

Which makes for a story that’s compelling as hell. The strength in 13 Reasons Why lies not in its mystery (enter: the tapes and what they slowly begin to reveal), but in the way, it presents darkness so ordinarily. Villains are jocks with cute smirks you think you can outwit. Victims are those whose story you don’t hear. Heroes are misunderstood and lonely and falling apart. Everybody is just trying to get through the day, and it’s not going well.

And at the center of it is Hannah—or the absence of Hannah, depending on whose perspective and timeline we’re being treated to. Hannah, who is not a Manic Pixie Dream Girl. Hannah, whose tragedy provides a gateway into the realities of what it’s like to be a teenager. Hannah, who uses old-school technology to illuminate the pitfalls of social media and the tech we take for granted. Hannah, a character you can’t help but want to get to know.