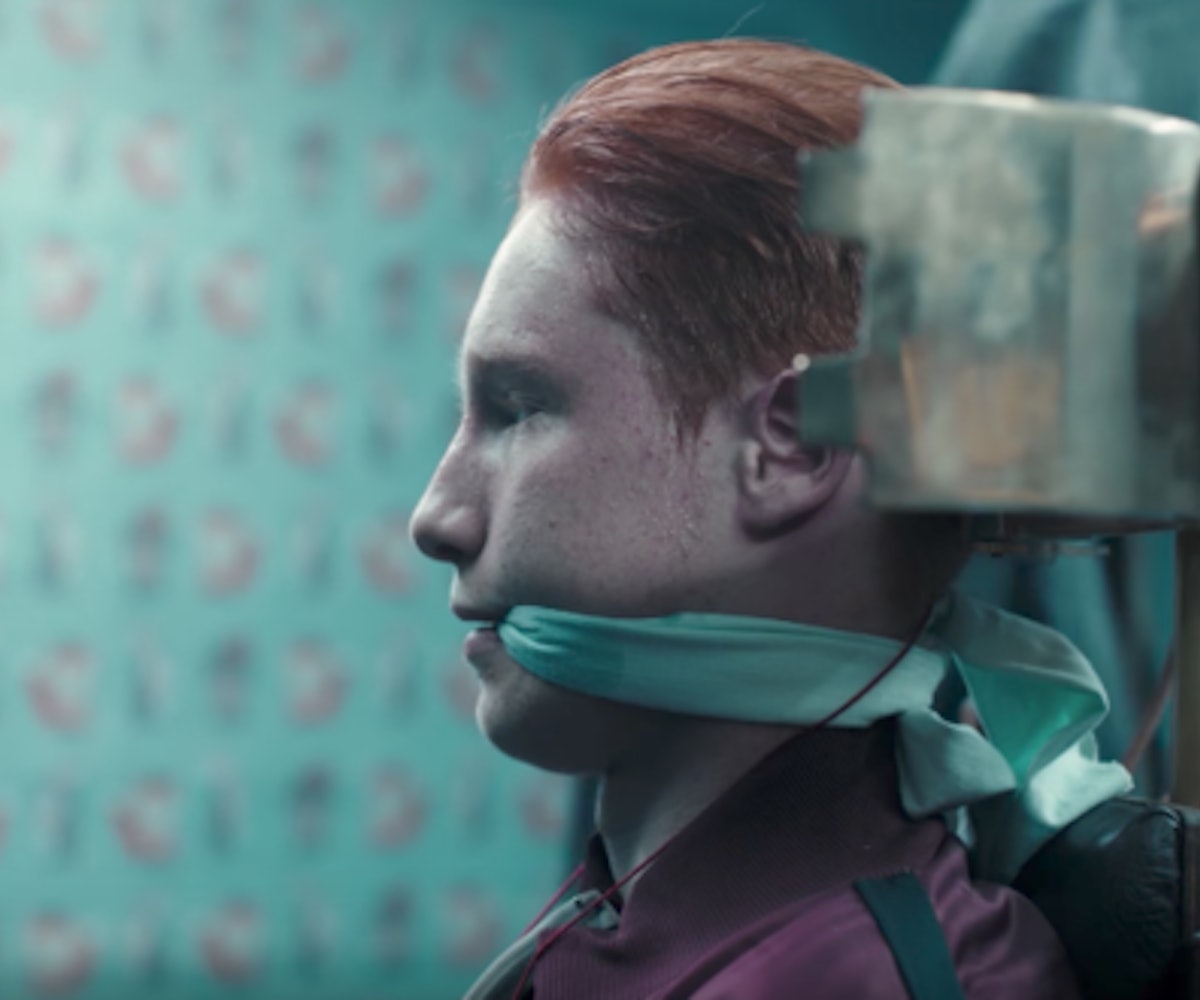 Netflix just released the trailer for its dark new series, guaranteed to haunt you for the rest of the day. Dark is the entertainment company's latest true crime/horror series that's slated to hit a computer near you this December. And after seeing the terrifying trailer in all its glory, we determined that the series could best be described as the perfect crossover between Stranger Things and The Shining. Talk about not being able to sleep at night.

According to the trailer's description, the show is centered on the "disappearance of two kids in the German small-town of Winden opens abysses that turn the concept of time on its head. The question is not who has kidnapped the children... but when." The missing children in question are Mikkel Nielsen and Erik Obendorf, who seem to be trapped in a strange, Upside Down-esque vortex between the years 1953, 1986, and 2019. The trailer then goes on to show different cuts of grieving families, a search party on an empty landscape, and one truly terrifying scene of Obendorf bound to a chair about to be tortured.

Remember that heart-stopping "REDRUM" moment from The Shining? Strange cryptic messages like that can be found in the trailer, too.

Dark is out December 1 on Netflix. See the trailer, below.