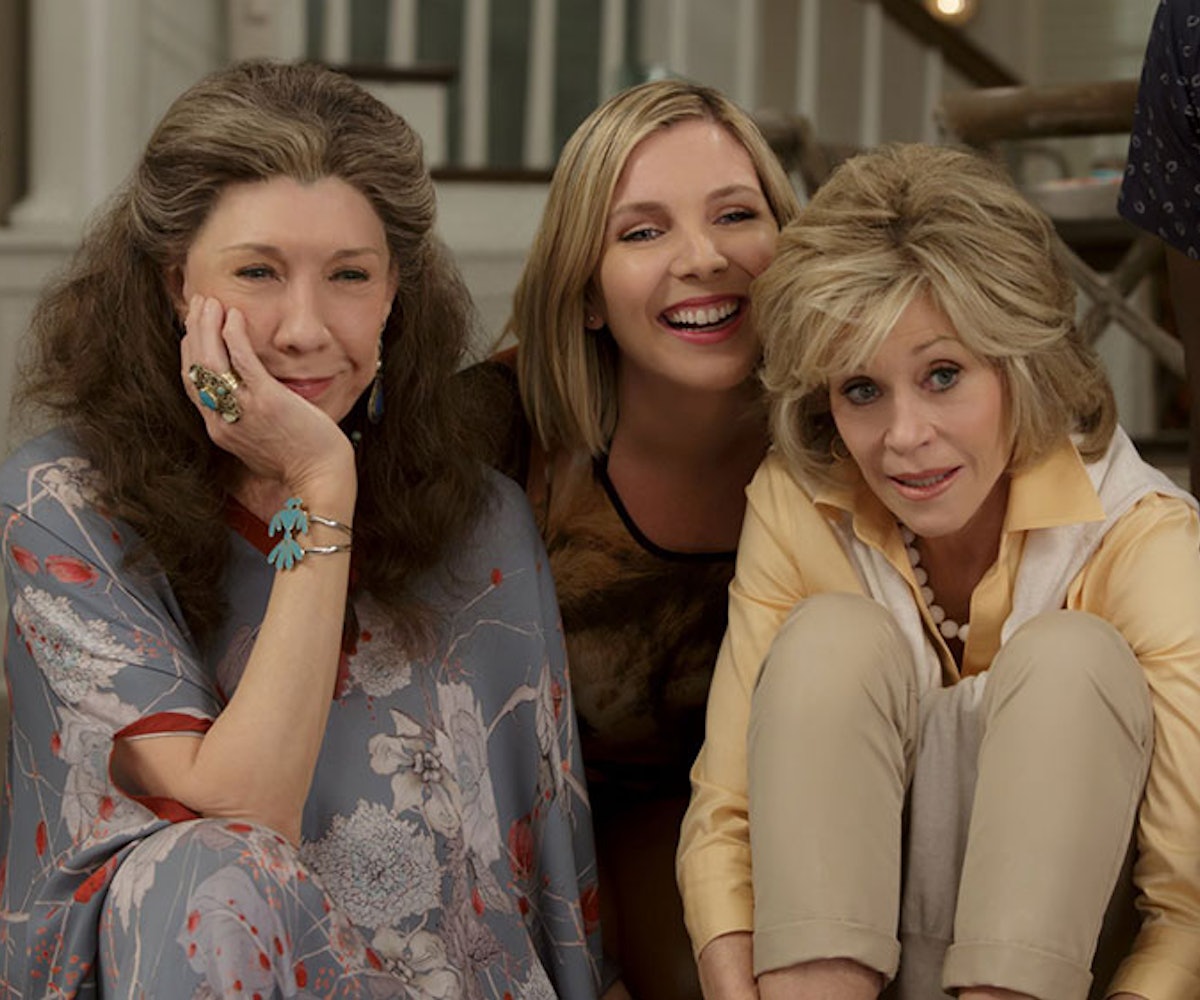 A new month means saying hello (and goodbye) to movies and TV shows on Netlix, and since May is fast approaching, the company has announced which titles will be joining their fleet. The obvious standout is the Netflix original series, Grace and Frankie, which drops on May 8 and stars Lily Tomlin and Jane Fonda as two women who bond after their husbands leave them for one another.

Another series worth your time is the six-episode Canadian thriller Between, about a small town where everyone over the age of 21 has been killed by a mysterious disease. But try not to get addicted, because in a rare departure from their usual practice, Netflix will be rolling out one episode a week, beginning on May 21. Could this signal the beginning of a shift in Netflix's trademark binge enabling? Not likely. The departure has to do with the terms of which Netflix acquired the show from a Canadian broadcaster, so our binge-watching habits are probably safe.

Other things we're excited about include the Legally Blonde movies, Girlhood, Fruitvale Station, and Dance Moms, obviously. See the entire list below.

Tinker Bell and the Legend of the NeverBeast (2015)

The Universe (new collection, May 14)

Between (new episodes of season 1 every Thursday, beginning May 21)