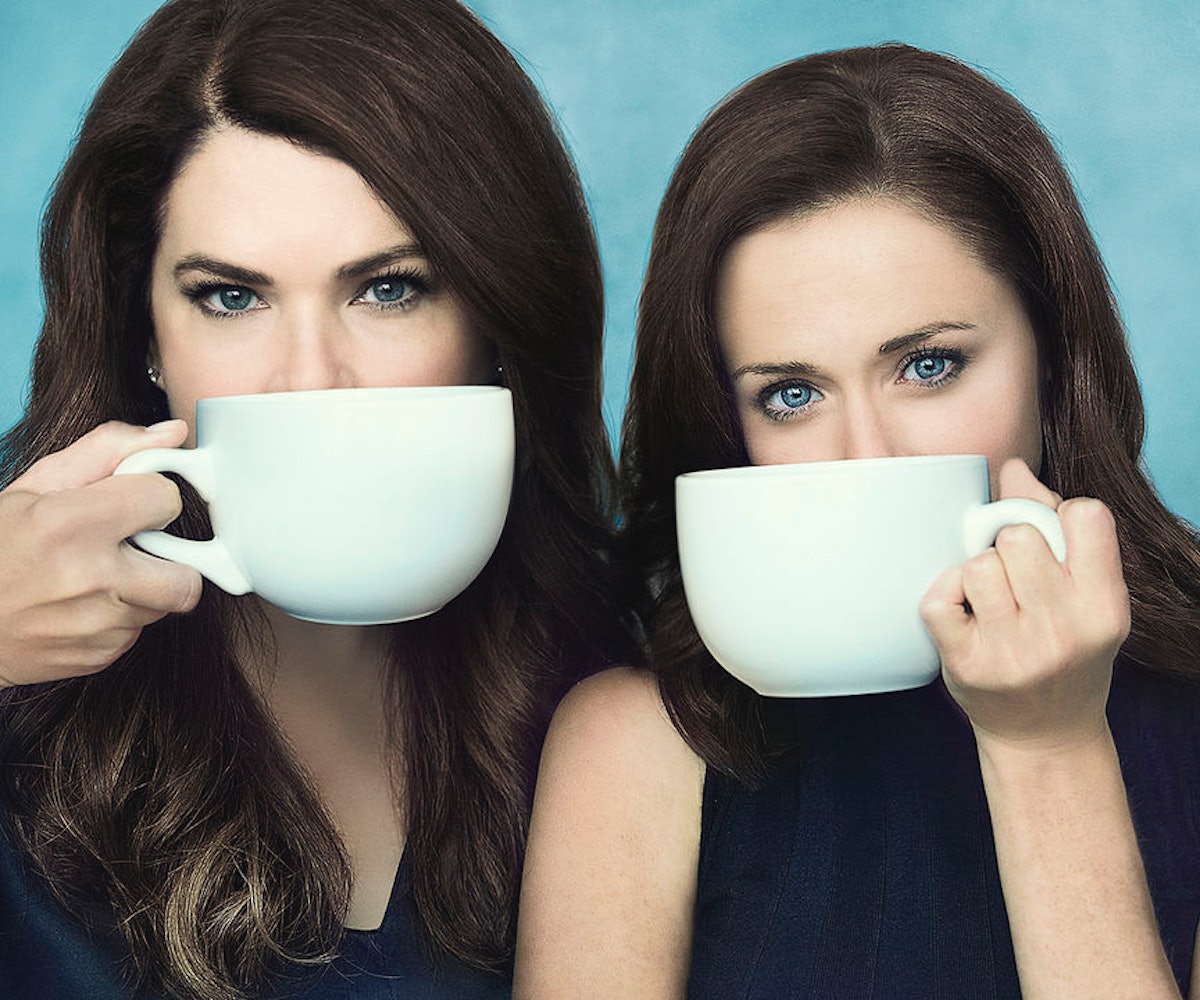 There was a point this month where it seemed like we were writing about an upcoming new Netflix original series or movie every day—and that's not an exaggeration. The company recently announced plans to raise $800 million to help finance a ton of original content that they would produce in-house.

That list is already pretty long. It includes favorites like Stranger Things, Narcos, Jessica Jones, Luke Cage, Easy, Making A Murderer, 13th, Master of None, Unbreakable Kimmy Schmidt, and these titles are only from the past year or so. The streaming service is hoping this boost in funds will help them produce even more—50 percent of the content offered will be Netflix Originals, to be exact.

We know your list of content to watch is probably out the door already, but we wanted to flag some November newcomers to tack on. The streaming service is currently killing it, and you don’t want to be left behind on its quest toward world domination. Plus, did we mention Gilmore Girls yet? What's not to get excited about?

Gilmore Girls: A Year In The Life: November 25

Wait, no, we lied. The Gilmore Girls revival is by far the most anticipated Netflix Original coming to the small screen this month. We only have four new episodes to look forward to but they all drop over Thanksgiving weekend, so you have plenty of time to watch them multiple times in between leftovers.

Produced by environmental activist Leonardo DiCaprio, this original documentary delves into the underground world of elephant poaching. Will it be the next Blackfish? Seeing how successful and how much actual change the SeaWorld film brought about, let’s hope so.

Netflix’s documentaries are amazing, but this hasn't always been the case with its actual movies. This one, starring Kevin James as an author forced into an assassination plot, could be a hit or a miss. Decide for yourself later this month.

This unfolding eight-part conspiracy theory revolves around a murder on a children’s playground.

The producers of Paranormal Activity bring you this horror film about a family that goes to take care of their grandmother, who just so happens to have mystical powers.

Netflix’s first Brazilian original series, 3% is a dystopian tale of a divided Offshore (where everyone wants to be) and Inland (where everyone wants out). Judging from the trailer, things get competitive—and bloody. The entire show is also in Portuguese, so if reading subtitles isn’t your thing, you might want to pass.

A rebellious teenager and her best friend get involved with a drug dealer in this French coming-of-age film.

The most information we could find about this film is that it’s going to be directed by Richard Lopez and will be an “epic” six-hour miniseries, according to his Linkedin.

Another SNL crewmember—this one from years past—Colin Quinn is bringing his sold-out off-Broadway show to Netflix. Directed by Jerry Seinfeld, his bit touches on the history of New York and the different personalities within the city.

Netflix clearly has a thing for SNL guys this month. Emmy award-winning comedian Dana Carvey is also bringing his comedic stand-up to the service in early November.