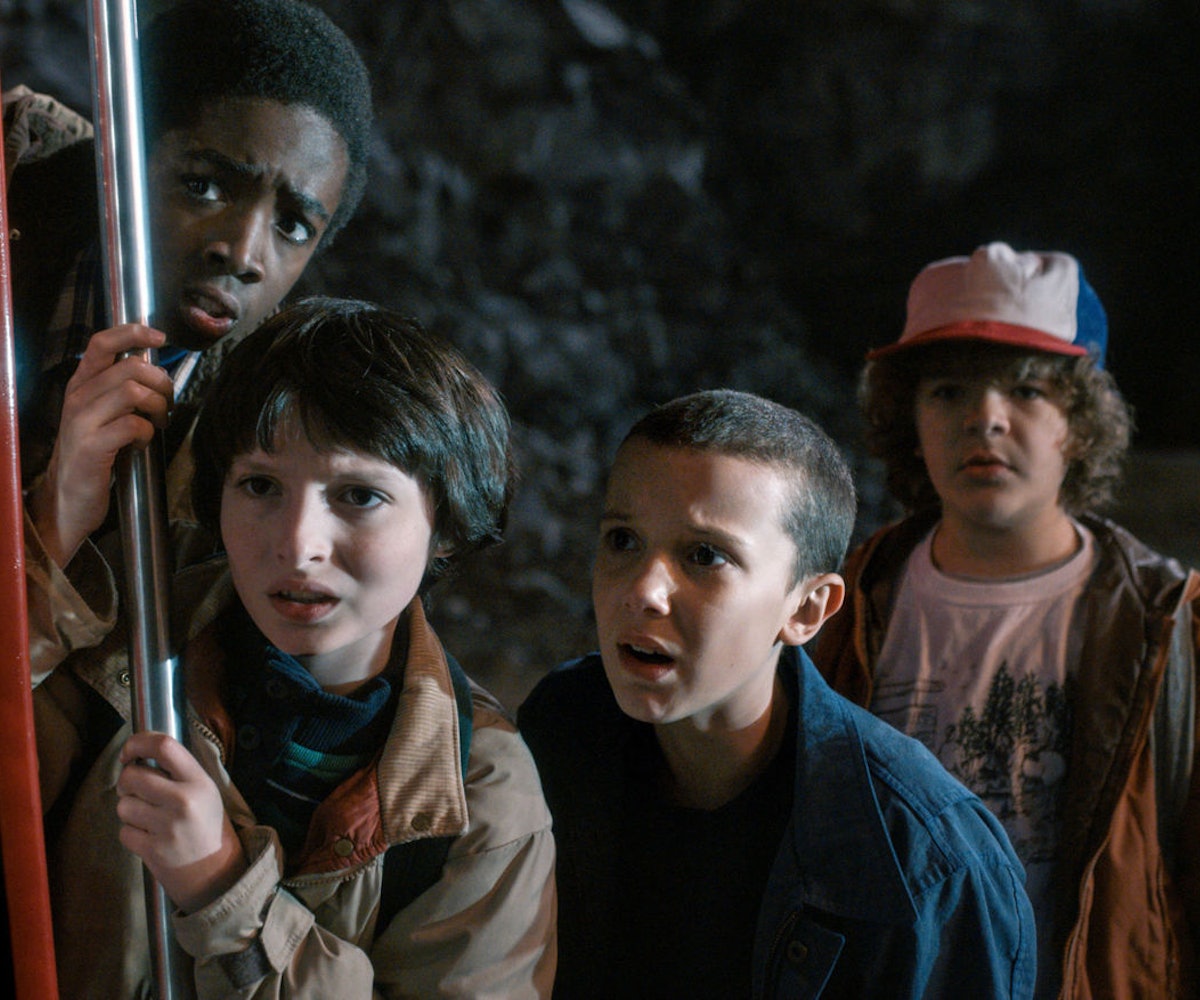 If, like the rest of the world, you spent seven-and-a-half hours straight binge-watching Season 1 of Netflix's Stranger Things, then you were probably excited to find out that the show will return for a second season next year. The Hollywood Reporter obtained a casting breakdown for the upcoming season and it includes all the details about brand-new characters we can expect to find in the Upside Down.

The first is Max, a "tough and confident" 13-year-old tomboy whose main mode of transportation is a skateboard. She fits in nicely with our young group of Dungeons & Dragons-playing protagonists. The first episode of next season is called "Madmax," which we're assuming refers to her induction into the gang. She's a little closed-off and untrusting of those around her, and has a tenuous relationship with her stepbrother Billy, another new character in Season 2.

Billy, Max's 17-year-old stepbrother, is so mysterious that there's a rumor at school saying he killed someone at the last school he attended. He drives a black Camaro and is described as "super muscular" and "overconfident." He's a "drinking game pro" and is known for stealing people's girlfriends. Unfortuantely, Billy has a "violent and unpredictable" streak that comes out to those closest to him. This explains the complicated relationship with Max.

The final new character is Roman, who is more ambiguous than the other two. They are described as a man or woman between the ages of 30 and 38. According to THR, "After growing up homeless with a drug-addicted mother, he or she suffered a great loss at an early age and has been seeking revenge ever since." They describe Roman as an "outsider who doesn't understand how to connect with people." This makes him very similar to a lot of Stranger Things characters, but mainly the mysterious Eleven.

Season 2 will pick up almost a year after the final episode, in the fall of 1984, when Hawkins residents are just beginning to feel safe again. They soon realize they're not out of the clear yet.

While we're excited to meet these new characters, the real question remains: What will the justice for Barb be? Did they have to gloss over her death so quickly? Why did Nancy have to make her shotgun that beer? We miss you Barb. Blink the lights once to let us know you're okay.