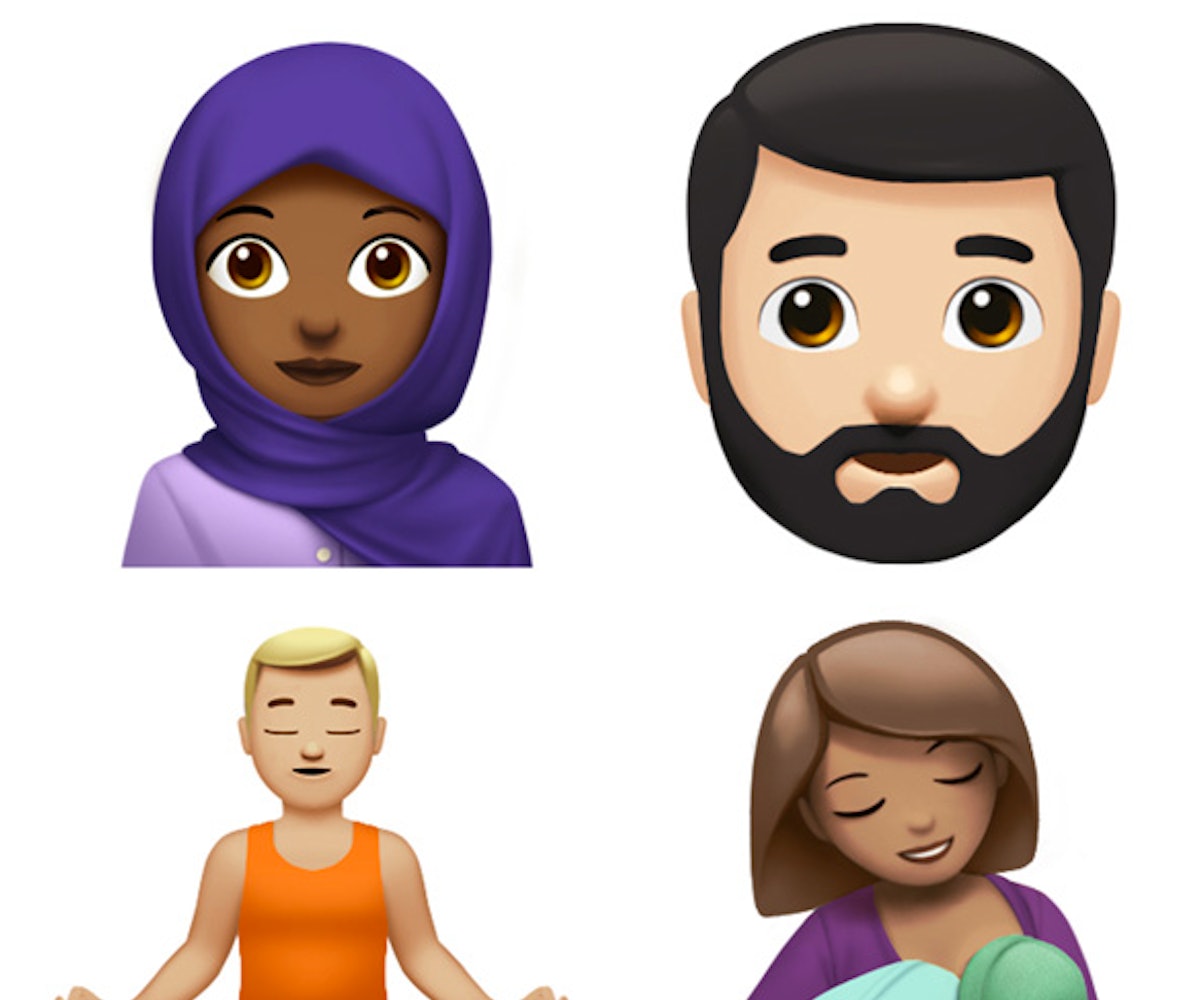 Update 7/17/17: In honor of World Emoji Day, our friends over at Apple have officially confirmed that the new emojis are coming to iPhones "later this year." They include a realistic vomit smiley, another mind-blown one, a woman with a headscarf, a woman breastfeeding, a man with a beard, a zombie, a T-Rex, a zebra, and many others. These are just a preview of the new selection, so the ones we mentioned previously (like a piece of broccoli, pair of chopsticks, and a spaceship) are still possibilities.

Soon, we will cease using words in text conversation and only use emojis to communicate. Then, we'll forget how to use the English language and become mute anti-social recluses. That is, if the creators over at Unicode have anything to say about it.

The company is releasing 69 new characters on June 30, but they’re giving us all a sneak peek of the beta versions now. While they won’t be finalized until later this year, there’s a good chance a chunk will end up being approved. So, here’s what we likely have coming down the smartphone pipeline: a mermaid and merman! An emoji with a raised eyebrow! A piece of broccoli! A spaceship! A pair of chopsticks! A woman wearing a headscarf! A man and woman meditating! A genie! A T-rex! A woman breastfeeding!

What we don’t see: an emoji that accurately expresses our exhaustion with new emojis. But we’re sure it’s coming.

NEXT UP
Culture
A Britney Spears-Inspired Musical Is Coming To Broadway
Entertainment
Megan Thee Stallion Says A New Album & World Tour Is Coming In 2023
Life
NYLON Daily Newsletter: December 7, 2022
Entertainment
Paramore Announces Album 'This Is Why' For February 2023