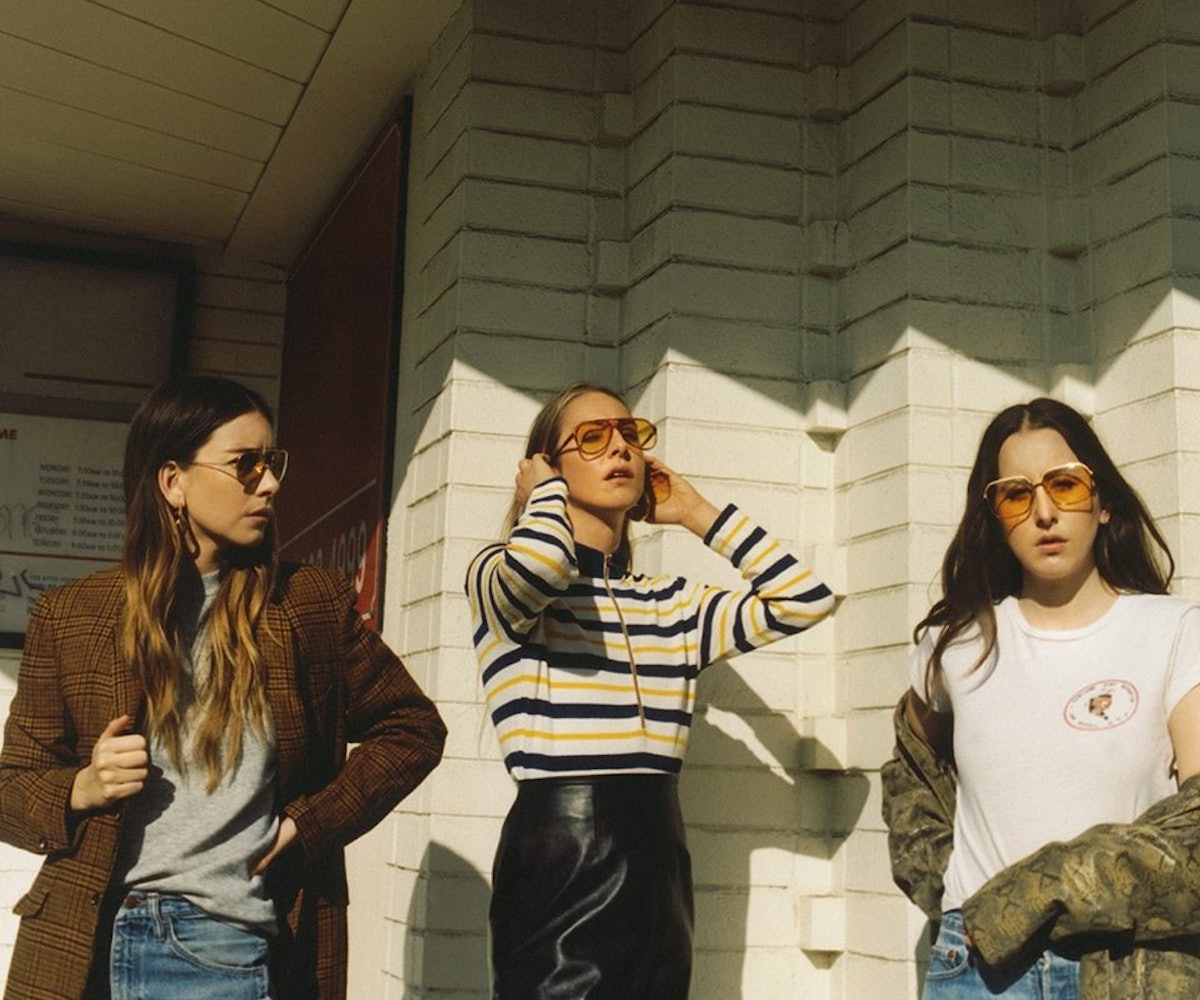 Four years have passed since HAIM released their debut album, Days Are Gone. We've known that the band has been hard at work on the follow-up record as they've hinted at collaborations in the studio from time to time, but we haven't heard a peep from them. If we've learned anything during the waiting game though, it's that artists posting cryptic billboards everywhere is a sign that new music is actually on the way.

At long last, the sister trio is ready to share their new material with the world. HAIM made an official album announcement on Beats 1 with Zane Lowe. Something to Tell You is slated to come out July 7 via Columbia Records. During the live broadcast, HAIM premiered a brand-new single titled "Right Now." Shortly after the news broke, the band dropped an accompanying music video for the ballad directed by Paul Thomas Anderson.

HAIM is set to appear on Saturday Night Live on May 13 so we can expect to hear some more new music there as well. We'll leave you alone now so that you can get busy replaying the track over and over again. Watch the trio perform the song at Valentine Recording Studios in the video, below.

UPDATE 5/12/2017 9:15AM EST: HAIM has released the studio version of their single, "Right Now." The band has also shared the official tracklist for Something to Tell You, which was produced by Ariel Rechtshaid.

NEXT UP
The Art Issue 2022
From Renaissance To Gemini Rights: The Stories Behind 2022's Best Album Covers
Entertainment
Megan Thee Stallion Says A New Album & World Tour Is Coming In 2023
Entertainment
Everything We Know About SZA's New Album
Entertainment
RM's "Yun" & 9 Other New Songs Out This Week