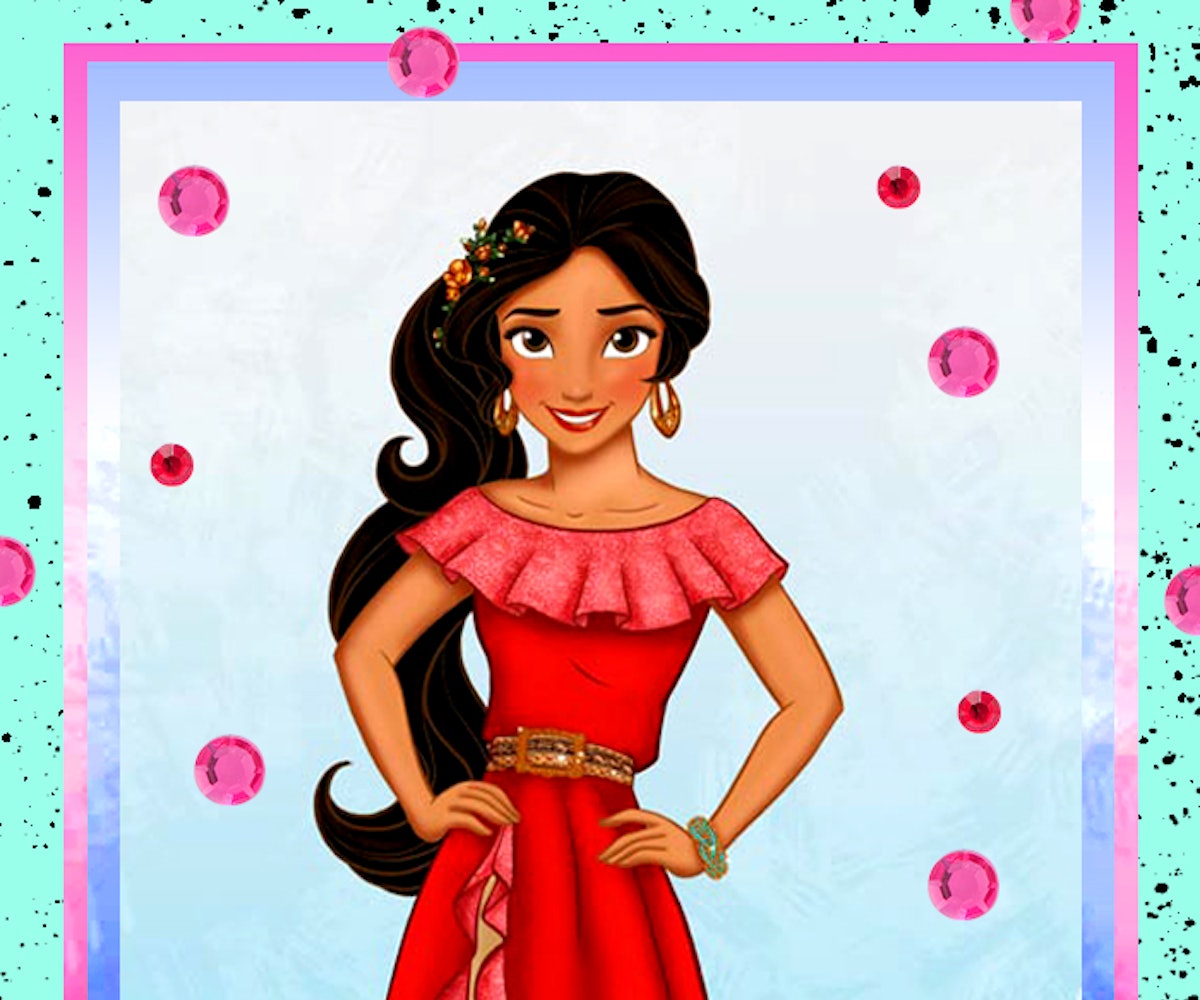 Meet Elena, Disney's first Latina princess. Disney's sea of princesses has been seriously lacking Latina representation, but the sixteen-year-old Princess Elena of Avalor will fill this void. It's about damn time.

Elena will make her debut in an upcoming episode of Sofia the First. In 2016, she will premiere in her own show, Elena of Avalor, on Disney Junior, a network dedicated to preschoolers. According to Disney Junior, Elena is "A confident and compassionate teenager in an enchanted fairytale kingdom inspired by diverse Latin cultures and folklore."

Aimee Carrero, an actress born in the Dominican Republic, will voice Elena. She is currently starring in ABC Family's Young & Hungry. This perfect match will finally allowing Disney to represent a segment of culture that the network has historically overlooked.

We're looking forward to seeing Elena join the ranks of Cinderella, Tiana, and Aurora, and not just so we can imagine what they'd look like with realistic hair. Promise. (via Buzzfeed)