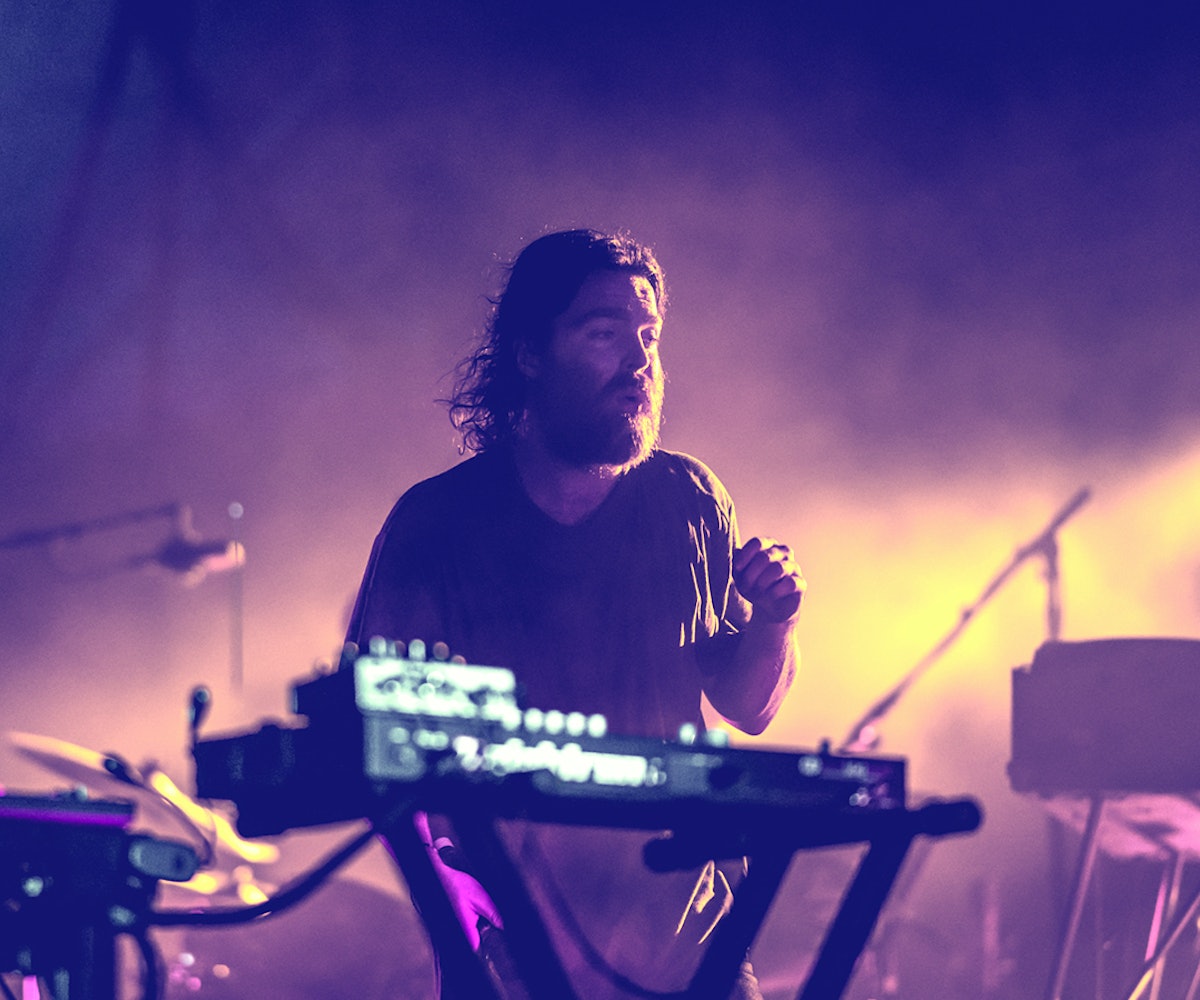 Nick Murphy is smoking outside his trailer, away from the hubbub of Day for Night’s, Houston’s art and music festival, artist area. He’s with a friend and sitting quietly, coming down from his set. “It's a bit of a new show,” he says, “sort of experimenting and whatnot.” Indeed. Murphy’s entering a new phase of his career. He renounced his Chet Faker moniker in September 2016, citing “an evolution” as the root. The next record, due sometime in 2017, he says “will be under my own name, Nick Murphy.” His relationship with Chet Faker went as far as it could go, so he more or less broke up with him.

Chet Faker emerged on the scene with a cover of Blackstreet’s “No Diggity” in 2011. His music fused soul and pop together into an atmosphere akin to lounge culture. You can dance to his stuff if you want to. “I essentially started touring straight away,” he says. “It just kind of blew up. I knew the project as well as the people who were listening to it.” In the half decade of writing and performing as Chet, Murphy linked with BANKS, Kilo Kish, and Flume—to name a few. His star grew and audience widened. “My life shifted from working in a bookstore in my hometown, just being completely anonymous, to all of a sudden people would recognize me and people would tag me on Instagram,” he says citing a few examples of people sharing photos of he and his family. “I think that anyone who goes through that goes a little crazy at some point and you just kind of have to find your way back.”

A sabbatical was never really in the question. “I couldn’t take a break because I have never had a break from writing music.” According to him, it’s his way of dealing with all that stuff. “I needed music writing more than ever.” So Murphy dropped Chet Faker and in turn, embraced his birth name publicly, using it as a means to build up the foundation work he laid down as Chet. “The name change, in a sense, was just like renovating a house. I had already built the framework.” What he found was that his approach to music became more fluid, that “all these walls I didn’t realize were there just came crashing down.”

The blank slate mentality has been good. It’s spawned two of Murphy’s most dynamic songs, “Fear Less” and “Stop Me (Stop You), the latter of which clocks in at a whopping eight minutes, lending itself to the notion of a bicameral mind, Murphy’s yin and Murphy’s yang. I ask whether it’s been difficult reintroducing himself under a new name. “I knew it was going to take time for people to get their head around it and some people will never get their head around it,” he responds, very forthright, “but that shit's irrelevant.” Murphy’s confident he’s exactly where he needs to be right now. Like he sings in “Stop Me (Stop You),” he’s made it this far, who can stop him? He’s made it through times he says were “semi-damaging” and managed to not, like so many artists have, mess with the foundation of his work. Instead of destroying Chet, he’s merely building from him, authentic as he ever was. “I don't think they are mutually exclusive,” he says, responding to a question of whether his new stuff is more “real” than before. “I don't think the old stuff wasn't authentic. I’m just at a point where I need to do something that feels more me, in this moment.”

Whatever it is that switched in his head and forced him to “figure some shit out and come out of some other shit,” these personal developments are shaping up to be something rather special. Murphy is a prime example of identity’s fluidity. Like Prince and all his name changes, Murphy’s isn’t a departure from his past so much as it’s an evolution into something more assured. “I wholly believe that if I lose my career with the same headspace that I entered it with, then I haven't fucked up,” he says, hardly blinking. “At the end of the day, if I can stay inspired and keep making the music I want to make, who gives a fuck?” No truer words have ever been said. It’s the music that matters, the catharsis—both for Murphy and for his fans. A rose, after all, by any other name would smell just as sweet.