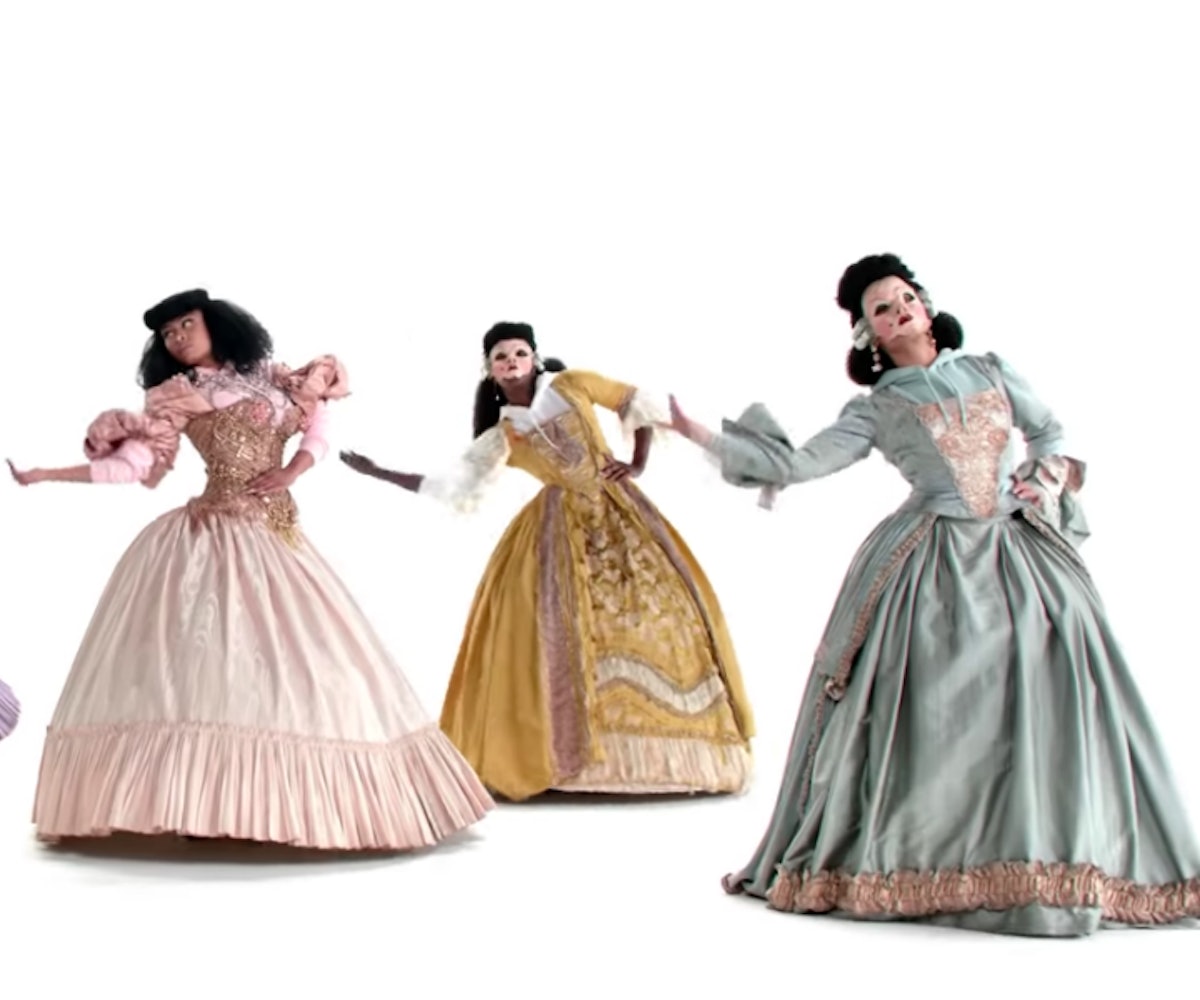 Nicki Minaj returned last month with two new songs, “Chun-Li" and “Barbie Tingz.” The excitement was palpable as the rapper hasn’t released new music in over a year (a new album in about four). Now, Minaj has released videos for the new tracks and, not ever being one for subtleties, they’re expectedly animated, dramatic, and lavish.

If you were worried that the title “Chun-Li” meant that Minaj would be continuing her streak of stereotyping Asian culture, you… would be correct. Directed by Steven Klein, the video pulls heavily from ‘70s kung fu movies and finds the star in different double buns accessorized with chopsticks.

In “Barbie Tingz,” the rapper struts around in everything from a Fendi thong to a flowy Marilyn Monroe dress and a gown that looks to be ripped straight from Marie Antoinette’s closet. The dance scenes also rotate from marionette-style to hip-hop to Victorian-era ballroom moves. Both visuals find the star donning different disguises and personalities—some more controversial than others. This has been her schtick for a while now, and only time will tell which alter ego we'll be presented with once she releases her new album.

Watch the video for both tracks, below.