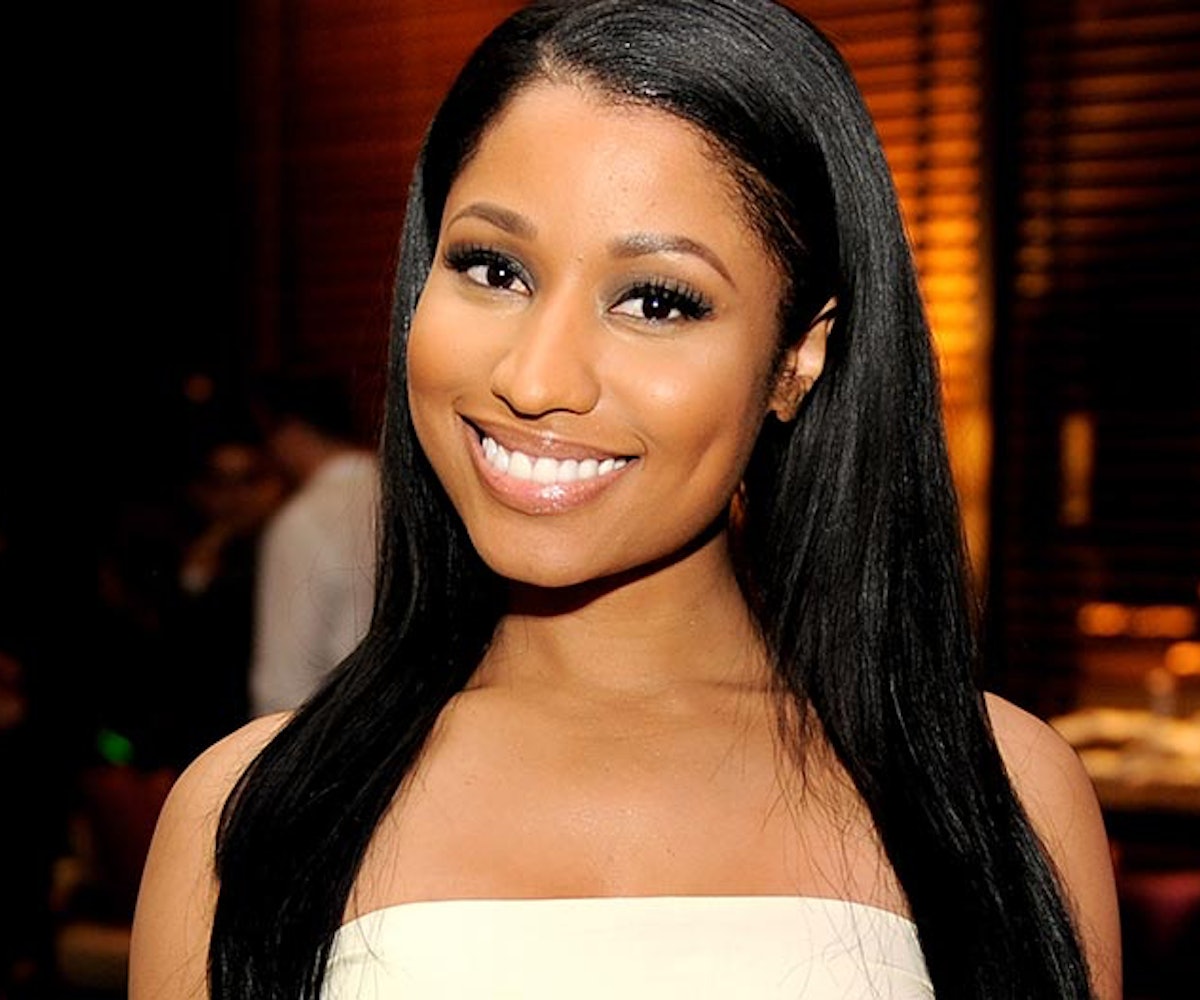 If Instagram is to be believed, Onika Tanya Maraj—the artist more famously known as Nicki Minaj—is engaged. The proof is in a photo of a giant heart-shaped rock that appeared on her feed yesterday. For the caption, she threw in a ton of wedding-themed emojis—sans words—because the ring really speaks for itself. (Side note: Why are all these musicians gravitating towards heart-shaped rings?)

of a rock-wearing Minaj and Mill made its rounds on the Internet. She tweeted the ring emoji and mentioned that she’d “post it later.” She did and now she’s engaged. Maybe. Until the official words are typed or uttered, this is mere speculation.

But damn, that’s one big piece of ice. If starships are really meant to fly, then girl better get herself one with some powerful engines. That rock could sink ships.

NEXT UP
Fashion
Klarna’s New Trend Report Shows Our 2022 Shopping Habits Were More Rebellious
Entertainment
Everything We Know About SZA's New Album
Culture
Elliot Page Reveals Pageboy, His Forthcoming Memoir
Culture
“Goblin Mode” Is The Word Of The Year