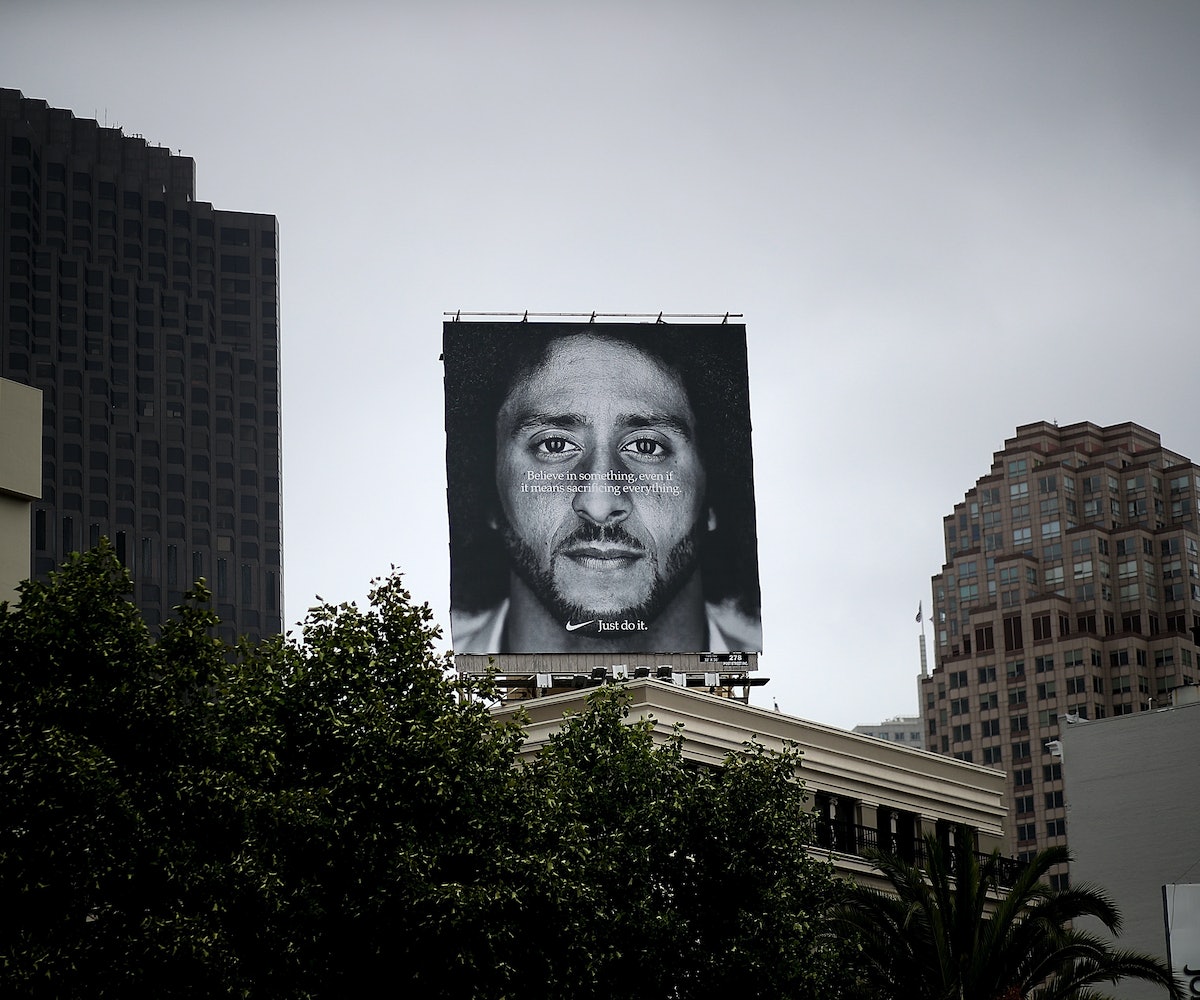 If you somehow missed it, Nike has tapped former football player Colin Kaepernick as the face of its 30th anniversary “Just Do It” campaign. Kaepernick was the first player to publicly take a knee during the National Anthem to protest police brutality—which conservatives claim is an insult to veterans and the anthem.

Naturally, because conservatives can’t seem to grasp the fact that Kaepernick was peacefully protesting for the fair treatment of black people in this country, rather than disrespecting the flag, they’ve gotten their Nike shorts in a bunch over the campaign, even going so far as to destroy their own (already purchased) gear as a protest. Now, a Louisiana mayor has banned Nike products from children’s sports and playgrounds.

Mayor E. Ben Zahn III of Kenner, Louisiana, has banned the purchase of Nike products by any club which uses recreation facilities offered by the city. The New Orleans Advocate published the mayor’s statement, which reads, “Under no circumstances will any Nike product or any product with the Nike logo be purchased for use or delivery at any City of Kenner recreation facility."

A city councilman, Gregory Carroll, wrote on his Facebook page that he was not informed of the mayor’s decision and that he is strongly opposed to the Nike ban, saying, "it is in direct contradiction of what I stand for and what the City of Kenner should stand for.” Many residents are also speaking out against the ban, which would disproportionately affect children’s sports teams.

On Monday, Kahn defended his ban of the purchase of Nike products. He claims that he is in support of Nike’s “message of inclusion and encouragement for everyone to be their best and dream big,” but that he was compelled to make his decision because he thinks the ad is a political campaign. “My decision is only to protect taxpayer dollars from being used in a political campaign,” he says in a statement posted to the New Orleans Advocate. This is obviously false, considering the ad does not take a political stance at all, and actually follows the brand’s messaging which it has used for years.

Actually, this type of decision may not even fall in Kahn’s jurisdiction, according to New Orleans-based business and media attorney Scott Stenberg. He wrote on Twitter that he doesn’t think the mayor “can instruct private groups on where to buy uniforms,” especially since his decision was because of a “viewpoint a company expressed” and not because the products threaten the safety of the city’s residents in any way.

NEXT UP
Entertainment
Precious Pepala Is Going From TikTok Covers To Her Own Resonant Songs
The Art Issue 2022
True Life: My Partner Is Obsessed With NFTs
Culture
An Exhaustive Breakdown Of The Balenciaga Controversy
The Art Issue 2022
The Most Interesting Fashion Designers Right Now? Artists.