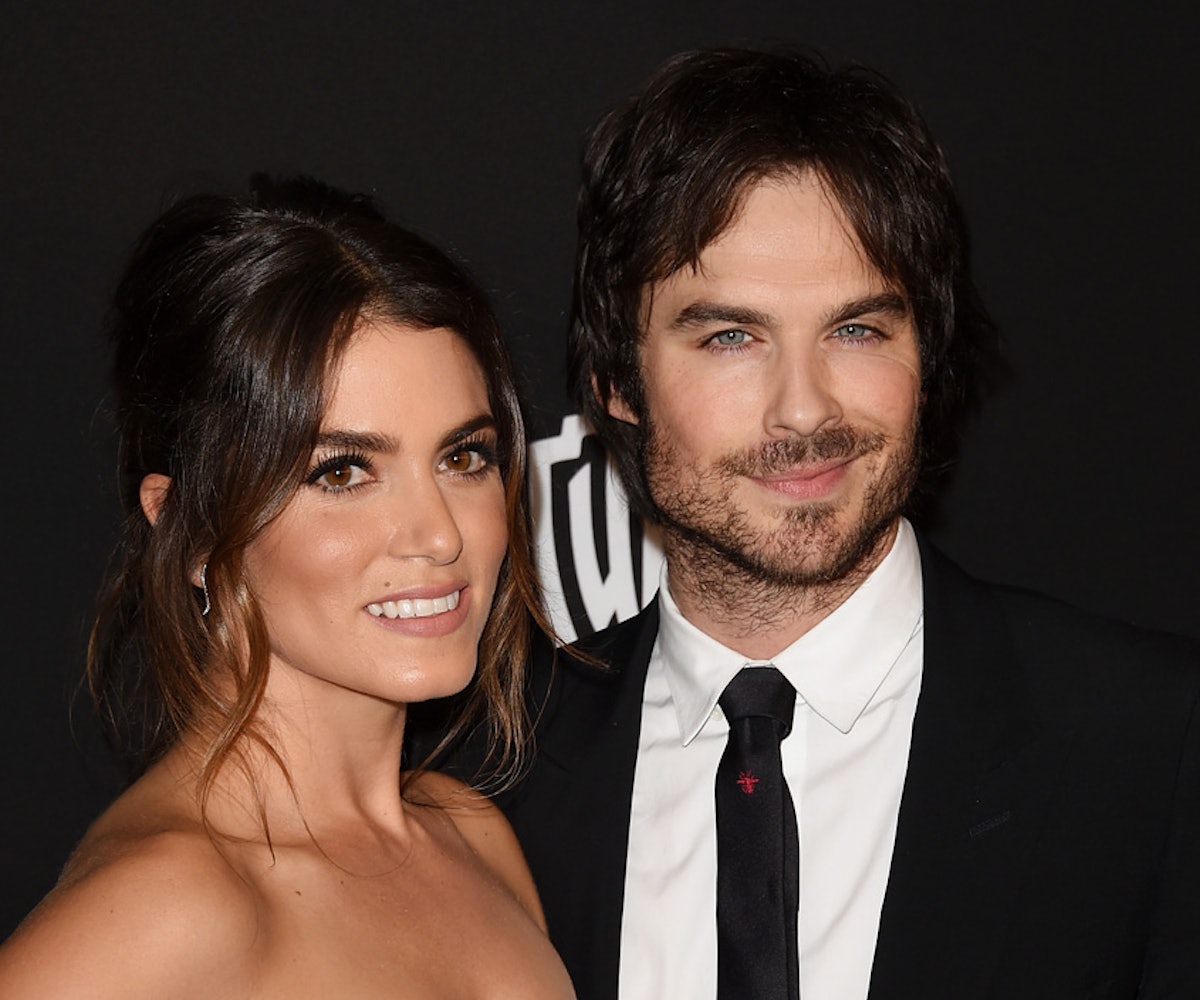 After nine months of dating, Nikki Reed and Ian Somerhalder have officially made every YA vampire fiction fan's dreams come true: Twilight and The Vampire Diaries are essentially bound together for life. The animal rights activist duo, who got engaged in January, were married Sunday morning and celebrated with what could only be described as a non-cliché Pinterest wedding. In an open field covered in fairy lights, Somerhalder wore an all-white suit and Reed wore a stunning boho long-sleeve, mermaid-tail white gown by Claire Pettibone.

Though the couple is extremely active on social media, their accounts have been sparse since the ceremony. However, Somerhalder still took the time to tweet, "Most beautiful morning ever..."

"I haven't met two people that were more of soul mates than those guys," Somerhalder's Vampire Diaries co-star Kat Graham recently told PEOPLE. "They are so absolutely amazing. Everyone loves them, and I really can't imagine him with anyone else."