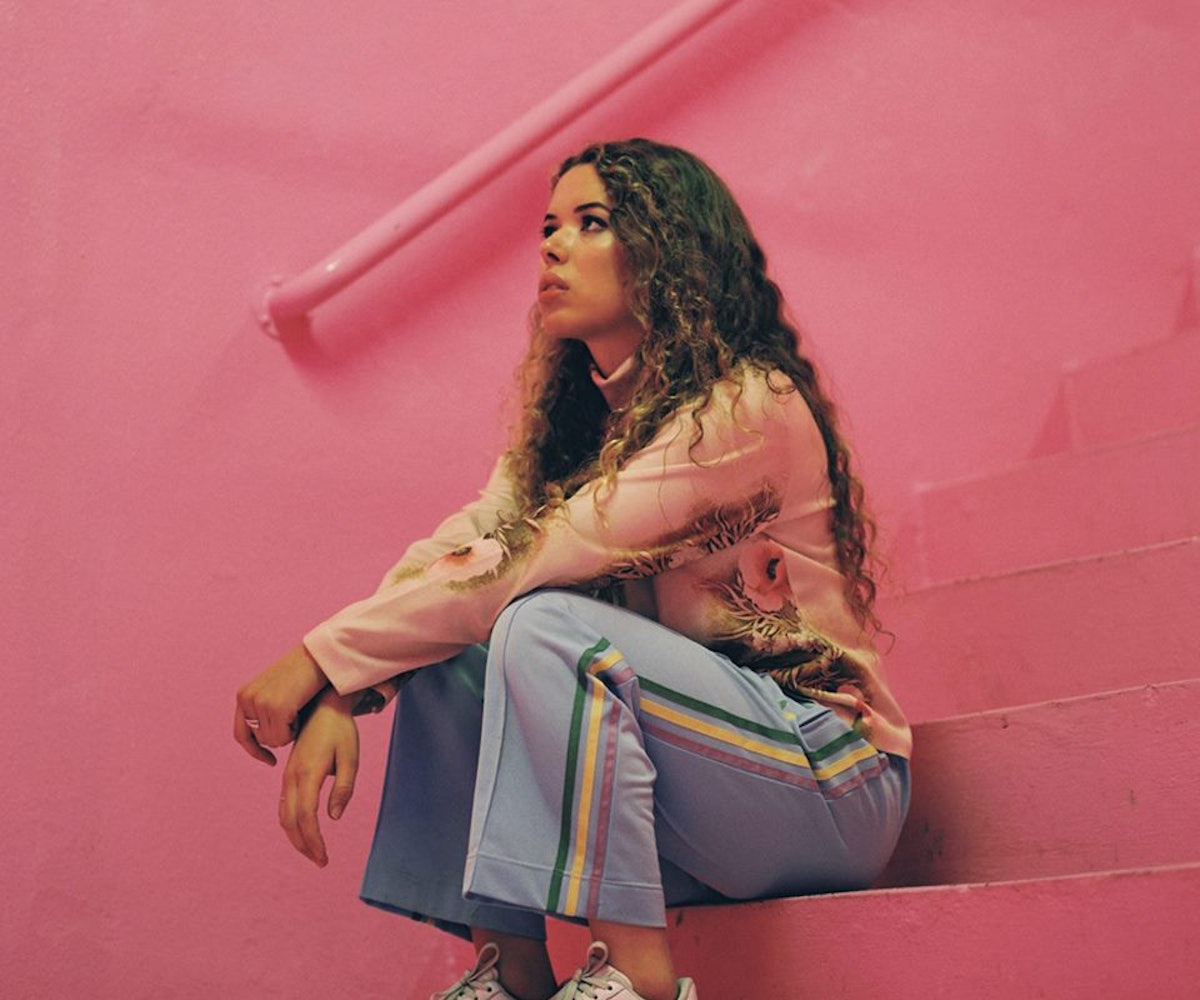 The music of 22-year-old Londoner Nilüfer Yanya is a boon for any fan that favors straightforward songwriting over studio sorcery. Her initial breakout came with an understated cover of the Pixies’ “Hey,” in which her sobering, solemn vocals feel like the rebuttal to Black Francis’ acidic yelp we’ve been waiting a quarter of a century for, and her talent has been further cemented with each haunting, minimalist song she releases.

Yanya is a mesmerizing singer, with a haunting voice that suggests not only wisdom but also pain well beyond her years, as well as a killer ear for melody. It’s not unreasonable to call it Winehouse-ian, but one within a lo-fi alternative framework that culls from fellow U.K. acts like King Krule, Astronomyy, and Only Real. As a guitarist, her fretwork is soulful yet malleable, able to take a starring role on a track like “Sliding Doors” or blend into a busier instrumental like “Golden Cage.”

Her latest EP, Plant Feed, is a major step forward for Yanya as an all-around artist, and the record’s lead single, “The Florist,” masterfully subverts expectations at every turn, building to a crescendo when you least expect and making its most resonant moments also its quietest. There’s little percussion besides an occasional bass drum kick and tom rolls on the outro, but Yanya creates rhythm with her purposeful strumming.

In addition to her prodigious talent, Yanya is also philanthropically inclined, having co-created Artists in Transit with her sister, Sandra, and her friend and music video director, Molly Daniel. The project gives young people the tools and knowledge to create, and after a successful trip in 2016, they already have plans to return to Athens for additional workshops this fall.

Though Yanya is busy with a relentless summer festival schedule in which she’s working to tailor her intimate sound to a radically different environment, Yanya took some time to talk to us about her writing process, performing in Manchester in the immediate aftermath of the Manchester Arena bombing, and the frustrating stigmas around being a female guitarist.

You helped started an initiative called Artists in Transit. A lot nowadays is made of the power of art to bridge political and social divides. What really resonated with you from that experience? Do you have plans to do something like that again in the future?

It’s an ongoing project; we’re always going to be working on that. The idea is still developing—it’s one of those projects you start and realize you need to map it out over a long stretch of time. We want to create another documentary with our friends in the camps. We kind of want to create a way for them to tell their stories. You hear about their lives, but no one really has an understanding of how things are going on,

As a vocalist and a guitarist, I’m curious about your songwriting process; do you usually start with some scrap of lyrics or a chord progression or a melody?

Normally, I’ll start something on guitar first, and then I’ll come up with the melody, and then get a few words in there, then the lyrics develop. It’s kind of like working around the guitar.

One of my favorite tracks of yours is “The Florist.” I read a quote of yours about how the song is about transience and things not lasting forever. Was there a specific moment that led to that realization?

The stage I’m at now is where you have to realize that. When you’re a teen, you know that things don’t last forever, but you still don’t quite have an understanding of it. As you get older, from experience, you learn that things don’t always work out, but when you’re younger, you still have a very hopeful outlook.

How does “The Florist” connect to Plant Feed as a whole? Would you say it sort of expands on that theme of impermanence?

When I wrote the songs, I wasn’t even thinking about putting them together on an EP, but they really fit this theme about me growing up. The lyrics from “The Florist” feel relevant in that sense, being in the city and growing up in the city where everything is artificial. It’s like artificial growth. It’s very disconnected, a lot of the time, from the natural world.

A quote of yours that I really is, “What I like most about music is when sounds like music.” How do manage to keep writing songs that are uncluttered and understandable?

I think it’s just keeping it for me. I always want to be able to sing a song on stage pretty close to how it sounds on the record. It’s about what I can do on stage and with a band. I always, always want to be trying new things out and experimenting, but I really like being able to get up there at a show and play it.

I feel like female musicians have historically not gotten as much credit as they’ve deserved as instrumentalists, though I feel like that misconception is starting to be reversed with artists like Mitski or Japanese Breakfast or yourself. Now that you’re in this public musical sphere, what is your take on that?

You still get compared to the men a lot, which is funny. People never think you’re going to be who you are. Every time I do a show, people say, "I thought you’d have an acoustic guitar," or, "You sound like that guy." It’s quite rare for someone to be like, "You should check out this female singer." And no one just says like, "You sound like yourself."

You’ve been all over the festival circuit this summer. What has that experience been like? How has it compared to touring with Mitski or playing other venues across the U.K.? I know you’ve said that sometimes performing isn’t always the most natural thing for you.

Every time is different, it depends on how you feel on the day and how long you’ve been traveling for, but I’ve been enjoying it. It takes a lot of getting used to playing outside when you’re used to playing in a dark room. There are different ways of getting the crowd engaged and getting yourself engaged.

I have everyone do breathing exercises before, yoga breathing, simple ones. Just to try and be present, 'cause your head can kind of go away and disassociate from the experience.

What was the experience like performing in Manchester one day after the attack?

We heard the news, I woke up the next day, and I was thinking, Is it going to happen, are we even going to go? We got the go ahead, and it felt kind of stupid, it felt foolish in a way, going to play a show. But when we got there, it was great because everyone was like, "We’re not going to let this stop us." You can never tell until you’re there if it’s the right thing to do, but if it was in London, I wouldn’t want a show to not happen.

For fans that are just coming to your music now, what takeaways do you want them to have?

As long as they listen to it, they can take away whatever they like. It’s just great to have people listen to it.