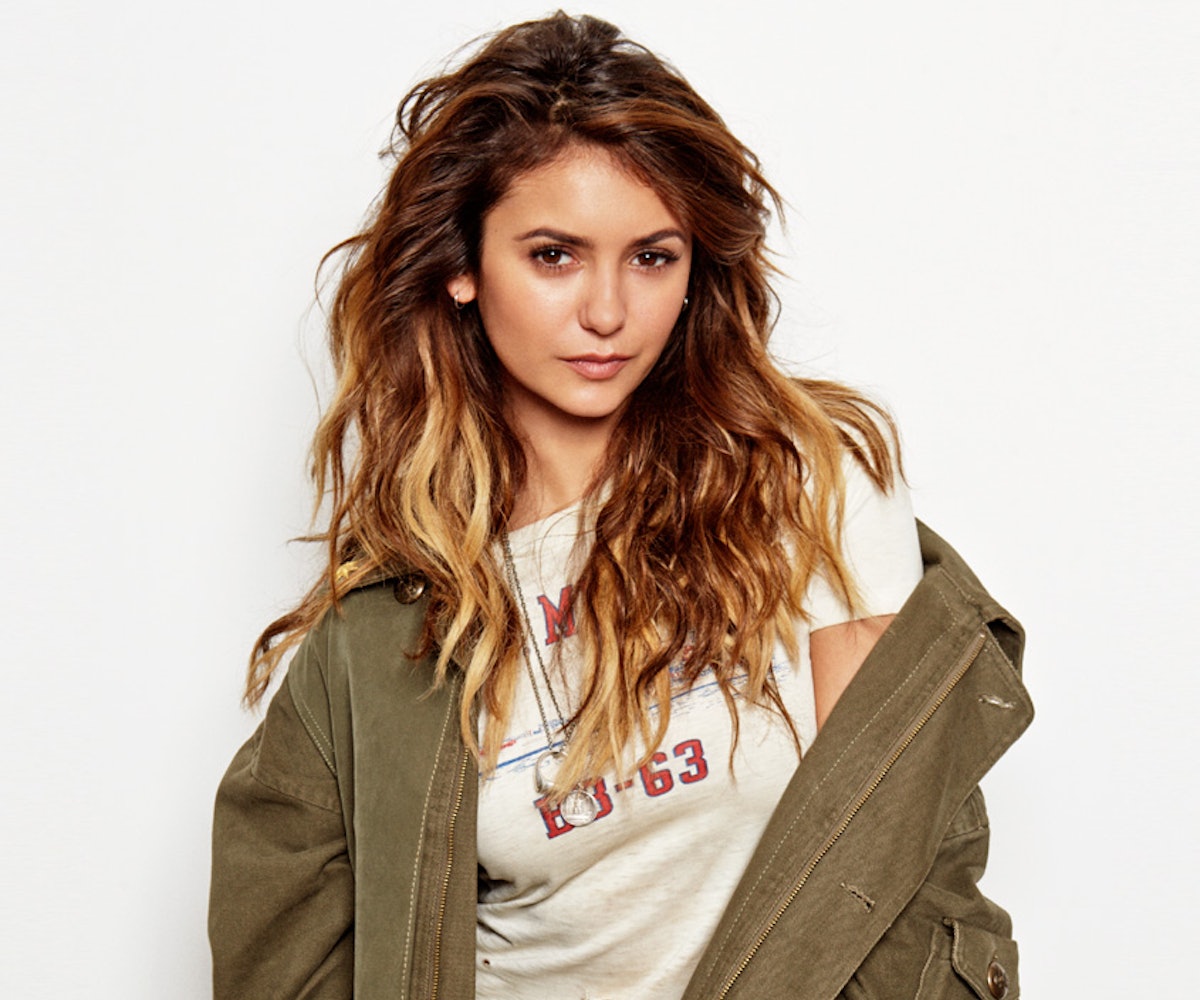 Much to the dismay of fans and devotees, Nina Dobrev is officially leaving The Vampire Diaries. Though many have been left questioning the reasons behind Dobrev’s departure, sources have revealed that the process has been in the works for some time now. After six seasons of playing multiple demanding roles (Elena, Katherine, and Amara), Nina has decided to leave Vampire Diaries for some seriously needed R&R, and for other prospective opportunities.

Dobrev announced the news on Instagram last night. Captioning a photo of her with TVD Executive Producer Julie Plec, she wrote:

I've just spent the most beautiful weekend on Lake Lanier in Georgia with my own TVD Family, the cast and crew of The Vampire Diaries. I want to be the first to tell you that it wasn't just a holiday celebration, it was a goodbye party. I always knew I wanted Elena's story to be a six season adventure, and within those six years I got the journey of a lifetime. I was a human, a vampire, a doppelganger, a crazy immortal, a doppelganger pretending to be human, a human pretending to be a doppelganger. I got kidnapped, killed, resurrected, tortured, cursed, body-snatched, was dead and undead, and there's still so much more to come before the season finale in May. Elena fell in love not once, but twice, with two epic soulmates, and I myself made some of the best friends I'll ever know and built an extended family I will love forever.

There's more to come before we wrap this up, and I promise you'll get to hear all about my experiences over the next month as we approach the season finale (I have given an exclusive interview for the June issue of SELF Magazine that I am excited for you to see!), but until then I invite you to hop on the roller coaster ride that is Elena Gilbert's life and join me as I celebrate her and prepare to say goodbye to her -- and to my work family -- as I move on to the next chapter of my life. I want to share this goodbye with all of you (this weekend's pictures were just the beginning). You, the wonderful fandom who gave more love, support and passion than anyone could have ever imagined seven years ago, when a young Degrassi girl from Canada showed up in LA to audition for 'that Twilight TV show.' ;-) I love you all. Fasten your seatbelts. If you think you know what's coming, you don't.

Back in August, it was announced that Dobrev had not signed on for season seven and showed some hesitations despite the fact that Paul Wesley and Ian Somerhalder had already signed on. In an October interview with E!’s Kristin Dos Santos, Plec said the thought of Dobrev leaving “actually hurts me a little,” and went on to say that the process of working without one of the main actors was “sad, nostalgic, scary, and yet super stimulating.”

In the wake of this news, “Nina is the soul of Vampire Diaries” has been trending on Twitter. Despite the fact that Dobrev and Michael Trevino (who plays Tyler Lockwood) are leaving the show, there remains a silver lining: Wesley, Somerhalder, Candice Accola, and Kat Graham are all on board for the seventh season, which was officially picked up by the CW in January. Though this news certainly bites, it seems that the Vampire Diaries will live on to see another night.