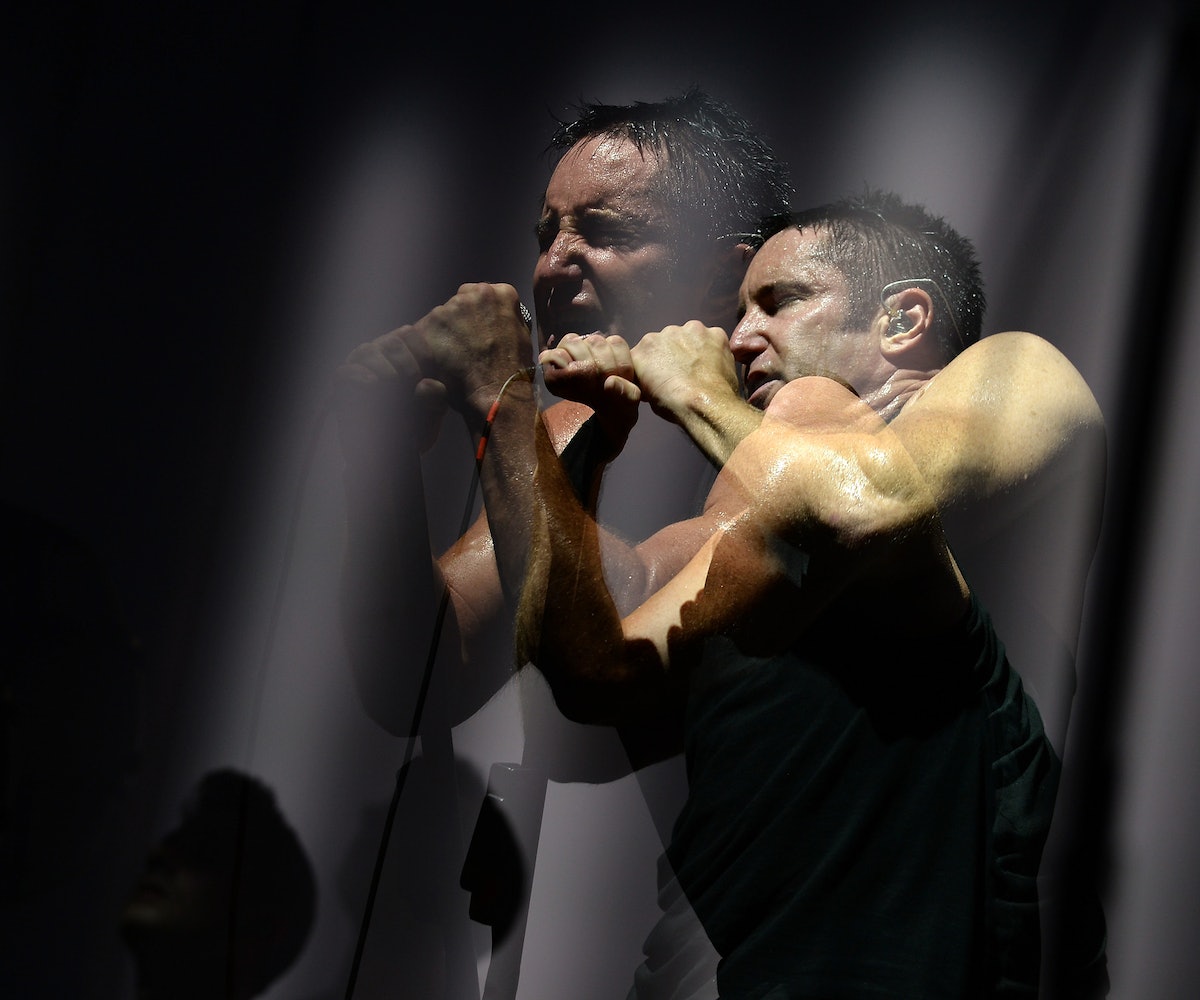 Nine Inch Nails' Trent Reznor and David Bowie were close friends. Together, they worked on Bowie's late '90s song, "I’m Afraid Of Americans," and Reznor recently shared that he turned to the Starman for help overcoming his drug addiction. To say Bowie's death last year was a shock to the NIN frontman would be an understatement.

As a means of "closure," Nine Inch Nails reworked "I Can't Give You Everything," lifted from Bowie's final album, Blackstar. They never properly released the remix as a single (though Stereogum reports that this Soundcloud upload could very well be the studio version), but they performed it nevertheless during the band's first leg of its comeback tour last night at Rabobank Arena in Bakersfield, California.

It's a somber reworking, stripped of the original's layered lounge vibes in favor of an atmospheric bed of synths. Reznor goes in on the lyrics, infusing as much pathos as he can into the sobering song. A fitting tribute, indeed.

In addition to the Bowie cover, Nine Inch Nails performed a selection of new songs off their new EP, Not the Actual Events. They also brought "Less Than" to life, the first single off their forthcoming ADD VIOLENCE EP. Expect a third EP to come later this year.